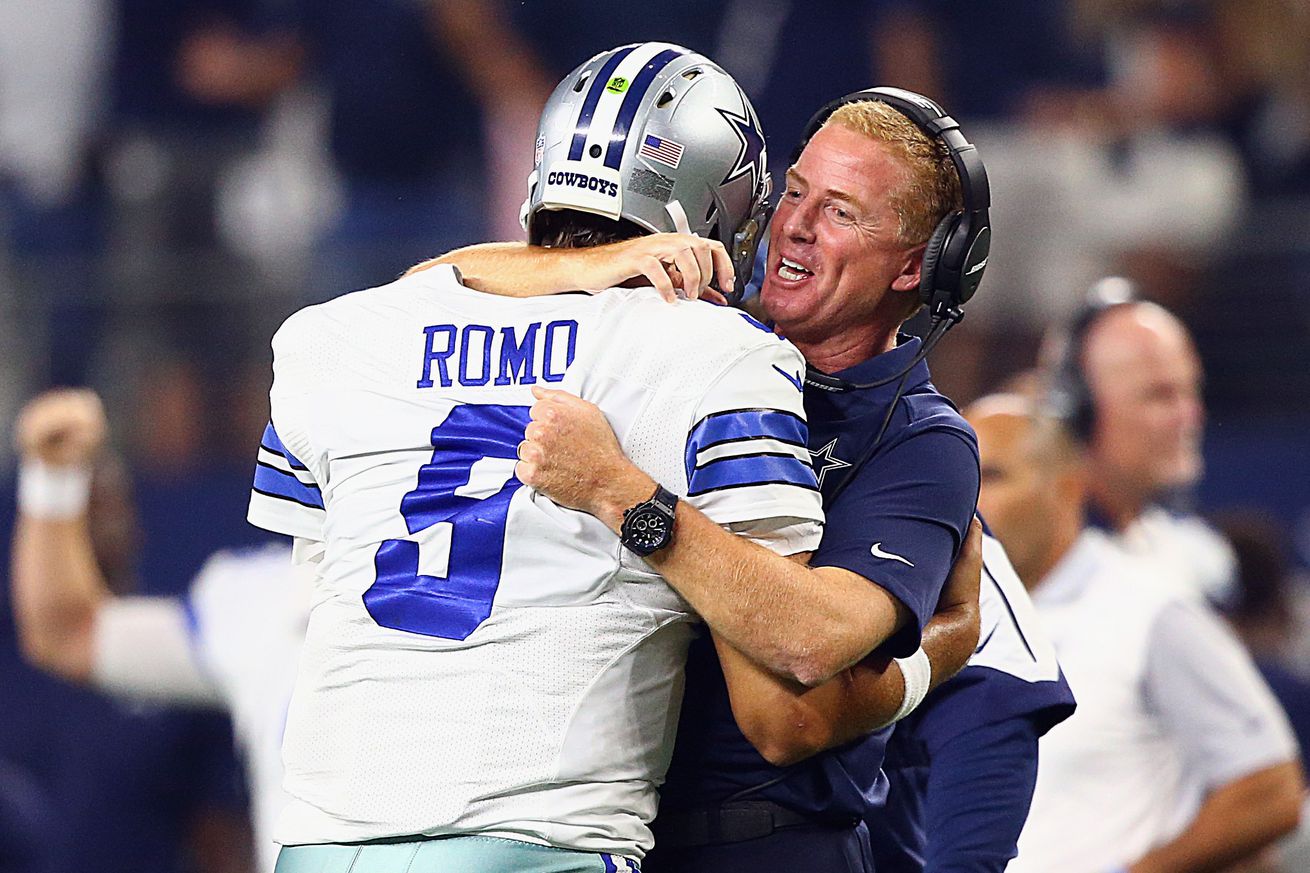 Tony Romo felt comfortable with where the team was when he left the Cowboys.

The Super Bowl is a few weeks in the rear view mirror and it while we didn’t have the best game ever, it’s always fun to watch the pomp and circumstance.

This year’s big game was on CBS which featured someone who we know quite well getting the opportunity to reach that stage for the first time in his career. Tony Romo even joked “I’ve been waiting to hear ‘welcome to the Super Bowl’ my whole life!” during the game’s opening minutes; he’s always been known to have a playful spirit.

While he can definitely be jovial, Romo took some time to be more serious last week during an appearance on the Phil in the Blanks podcast. He discussed a variety of things, it’s definitely worth a listen if you have some time.

One thing worth noting is that Tony sort of discussed the state of the Cowboys at the moment he decided to walk away. He noted that it was very difficult to leave for a variety of reasons but that it was made easier knowing the team was in good shape when asked what went into his decision to walk away.

“I think I needed to be not so selfish in some ways. I’ve got three boys and I recognize just some of the injury aspect of some things that have come about, obviously with my back and knowing how hard it was for a year or two to get through that and get ready and prepare.

In a lot of ways there was a loyalty to a lot of the people within the Cowboys, some teammates that you’ve went through a lot of games with and a lot of battles. Front office, coaches, people that you really wanted to… I didn’t want to leave the game and feeling like I just said, ‘Alright goodbye! Good luck!’ because I know how hard that game is. I know how much you can influence and help others like you [Dr. Phil] described.

It was actually weirdly made easier when I felt like they were in good hands. That part of it, it gave me a feeling of, ‘okay, I wasn’t necessarily thinking this right now, but it was coming around the corner pretty soon,’ and then it was… I know I’ve given everything. But I will continue to do this until 58 if it took to win a Super Bowl, it’s like I’ve got to get out of my own way in some way and be a dad, and do something else.

Listening to him speak, and knowing his entire career, it’s easy to see that Romo felt an immeasurable desire to win a Super Bowl for the Cowboys, his love for the team can’t be questioned. He doesn’t necessarily discuss who the “good hands” that he felt the team was in were, but he could obviously be meaning Dak Prescott as the new quarterback or even Jason Garrett as the head coach.

Who do you think Romo was talking about?