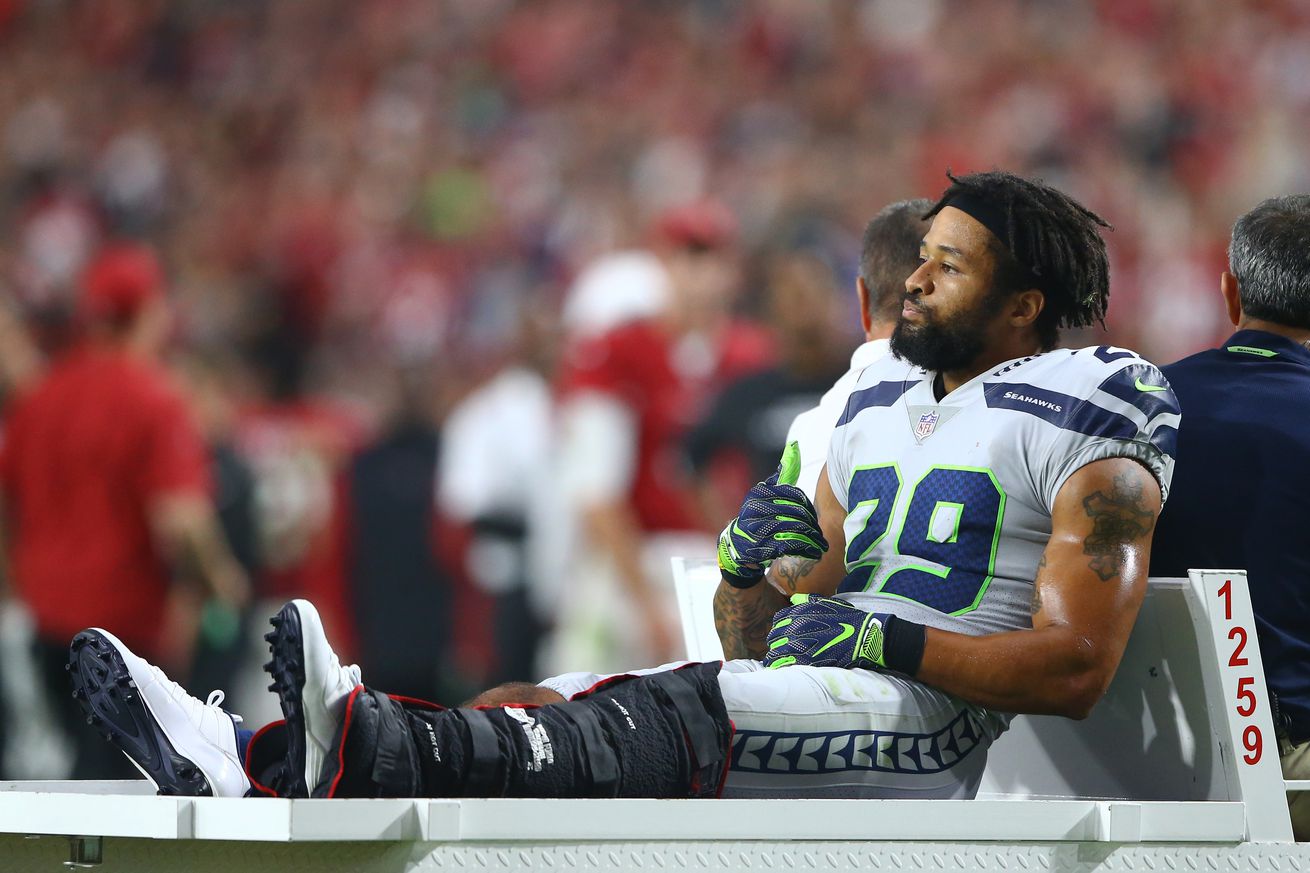 3 things on the Cowboys’ to-do list at the NFL scouting combine: Why it could be a prime time for free agency negotiations – Jon Machota, SportsDay

With the NFL Combine beginning this week, a look at what the Cowboys need to do in Indy — including Earl Thomas?

As long as the Cowboys believe Thomas can return to the player he was before suffering a season-ending broken leg last September, he’s the type of free agent addition that could instantly take their defense from very good to elite.

There has been significant interest from both sides. The Cowboys attempted to trade a second-round pick to Seattle last year to acquire Thomas. The six-time Pro Bowl safety stunned reporters when he showed up outside Dallas’ locker room after the Seahawks defeated the Cowboys in Week 16 of the 2017 season. Thomas then told Cowboys coach Jason Garrett to come get him if they ever had the chance.

Well, they now have the chance. Thomas, 29, isn’t going to come cheap. His last deal paid him $10 million per year, and the top safeties in the league are making between $10 million and $13 million annually. But this is the type of move Jerry Jones loves and one that could make the Cowboys a legitimate Super Bowl contender.

The free agency period doesn’t begin until 3 p.m. March 13. Teams aren’t supposed to officially enter into negotiations with agents of unrestricted free agents until March 11. But Thomas will probably have a good idea of where he’s signing by the end of the combine.

What happens if the ET-to-Dallas scenario does not happen? Some other options for the Cowboys.

There’s a reason all five defensive backs listed here are safeties. The Cowboys biggest need on defensive is a safety. Jeff Heath plays hard, but let’s face it, he’s not a starting-caliber safety. If they Cowboys add a free safety like Amos, then Xavier Woods and Heath would likely compete for the strong safety spot. It’s a more than reasonable chance that Woods would win that battle.

That is contingent upon the Chicago Bears letting Amos walk. The Bears allowed the fewest points a game last season. Amos started all 16 games at the backend of Chicago’s defense, totaling 73 tackles, two interceptions and nine pass deflections.

The Bears aren’t going to let him walk out the door easy.

Pre-Combine NFL Draft Rankings: Need a certain type of safety? This draft has one for you – Dane Brugler, The Athletic

Speaking of Thomas, Brugler ranks his safeties in the upcoming draft class. Can the Cowboys address this need in April?

Looking for a downhill thumper? Mississippi State’s Johnathan Abram is the prototype.

The ideal nickel defender for today’s NFL? Florida’s Chauncey Gardner-Johnson is for you.

This crop of safeties offers a little bit of everything with several future NFL starters on this list.

Pre-combine NFL Draft rankings: Who is the top wide receiver? Depends on what teams value – Dane Brugler, The Athletic

Wide receiver is also a popular topic among Cowboys Nation. There is “something for everyone” in this class.

Some​ prefer cookies​ and​ cream​ while others​ favor​ cookie​ dough or​ mint​ chocolate​ chip.​ There might not​ be​ a consensus​​ favorite flavor of ice cream, but there is something for everyone.

Similarly, this year’s wide receiver draft class includes double-digit talented prospects worthy of top-60 consideration. And each offers something different, which creates a wide variance among evaluators when this group of receivers is stacked on the draft board.

And it doesn’t end there. There were several receivers I hated to leave off this list (like Oregon’s Dillon Mitchell or Massachusetts’ Andy Isabella), which speaks to the depth of this year’s wideout class.

While all of the talk will be about the players performing in the drills in Indy, the combine will allow the Cowboys to research some interesting prospects that will not be participating this week.

Uninvited Players Will Get to Interview

Simmons wasn’t the only player to not receive an invite to the combine because of a past transgression. Louisiana Tech edge-rusher Jaylon Ferguson, another potential first-rounder, and Colorado State wide receiver Preston Williams were also not given invitations.

The combine has a policy against inviting players who have past issues of violence.

However, it seems that the decision-makers have decided to tweak the rules a bit in order to make things easier on NFL teams interested in said prospects. According to NFL Media’s Tom Pelissero, Simmons, Ferguson and Williams will be allowed to participate in “limited” interviews and medical evaluations

Sports Sturm’s Weekend Riffing: I wrote about Dak, you had plenty of retorts – Bob Sturm, The Athletic DFW

Sturm wrote on the quarterback of the Cowboys being the “most high-pressure position in all of sports” and more:

I will start with admitting that there is certainly a little hyperbole as to what is the “most high-pressure position in all of sports” for an athlete. I believe the Yankees, Lakers and several other teams will tell you that their main guy is under the spotlight more than anyone else.

But for the Cowboys, we aren’t talking about a particular athlete. We are talking about any athlete that is plugged into this particular position. Yes, there are other NFL franchises that put a lot on their quarterbacks, but the Dallas Cowboys QB has the cache of being the same position that Don Meredith, Craig Morton, Roger Staubach, Danny White, Troy Aikman and Tony Romo all played. I think with just Staubach, Aikman and perhaps Romo, you can put that top 3 together with any top 3 from any other franchise and stack up those resumes and be just fine.

That is great for the history books, but it also sets an unreasonably high standard for anyone to follow. Because when you play quarterback for the Dallas Cowboys you aren’t being compared with the guy in Washington or the guy in Philadelphia. No, you are being compared to Roger and Troy and Tony. And not on their worst days, but on their legendary days and seasons. And that is why the bar is so high that a QB who has done nothing but win and pass efficiently in his first three years, after being ignored in his draft, tell us that Dak has a nearly impossible task.

The reliable slot receiver or the veteran linebacker: which do you choose?

Sean Lee isn’t the malcontent Beasley is and he seems perfectly fine playing a reserve role. As I alluded to earlier, where Sean is still an asset is in the locker room and on the sideline mentoring. Part of this difference in attitude probably has more to do with where they stand in their respective careers than overall character – For instance: Beasley could probably pull in 100+ receptions if he were on a team like the Patriots or Packers. I’m not sure there’s a team in the world where Lee could collect 100 tackles anymore.

It appears character and legacy are winning above all else. I mean, Lee clearly has more supporters than Cole and that has a lot to do with how they’ve handled themselves this offseason.

Because of that, it’s understandable Cole has fallen out of favor in Cowboys Nation. But it’s important to understand how much of a better player Cole is than Sean right now because at this point in their careers, it’s not even close.