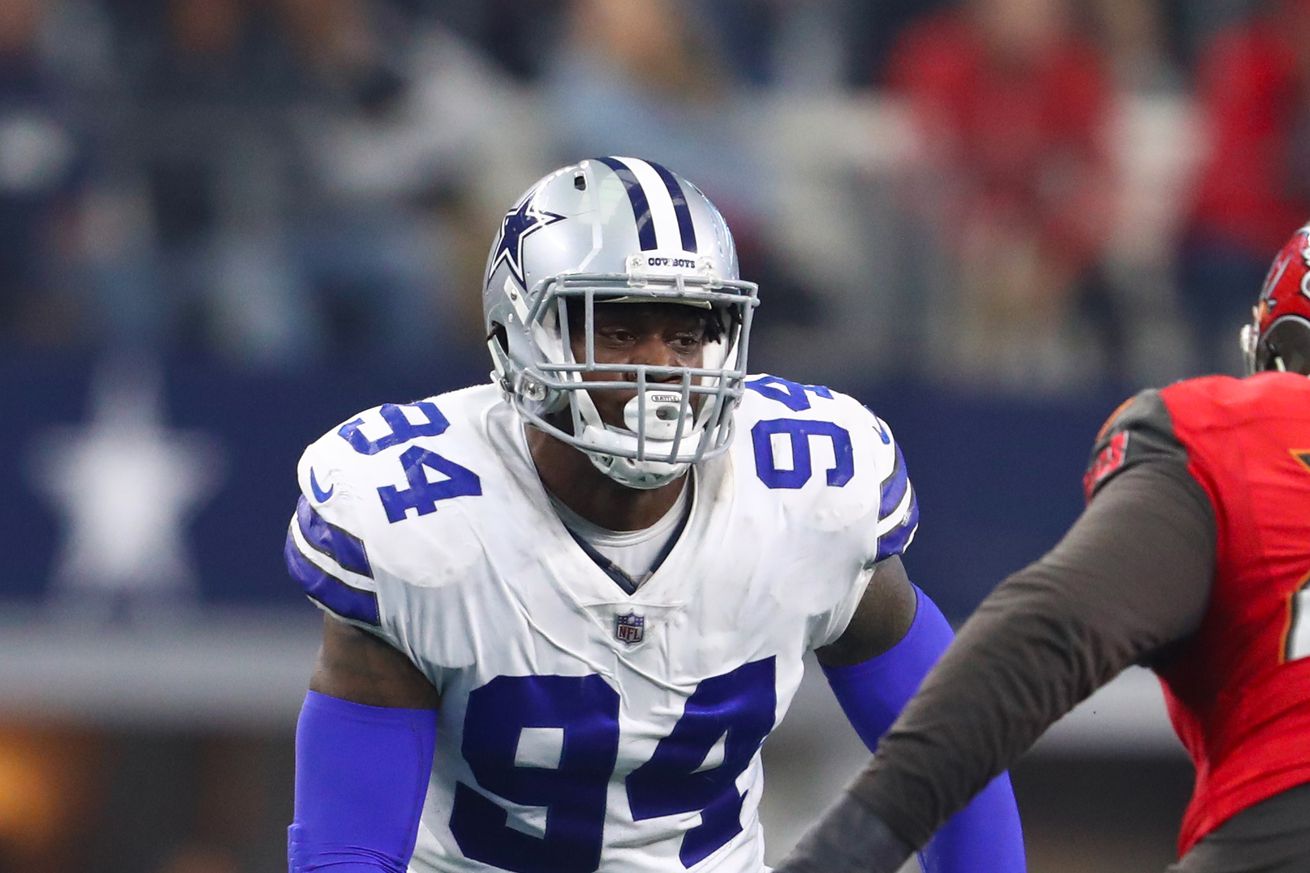 Troubled player Randy Gregory is out of the game again.

Well, this is less than optimal. Randy Gregory once again finds himself on the wrong end of NFL justice and picks up another suspension.

#Cowboys pass-rusher Randy Gregory has been suspended indefinitely for violating the Policy and Program for Substances of Abuse and the terms of his conditional reinstatement. Big blow for Dallas.

As you are probably aware, this will be the second time that Randy Gregory has been banned from the game. He previously fought his way back onto the field with the aforementioned reinstatement. Now he is out again, and barring some rather extraordinary circumstances, he is not likely to make it back this time.

This obviously creates a huge problem for the Dallas Cowboys, as they now have neither of their starting defensive ends from last season available. DeMarcus Lawrence is set to enter free agency if the team does not re-sign him, but at least Stephen Jones has indicated that things are progressing there. Even assuming that gets done (and the pressure is certainly on the team to make it happen), the team now has a real need to add defensive end talent in the draft or outside free agency.

Before we dig too deep into that, however, we should all wish for Gregory to get his own life back in order. To have this reoccur is a strong indication that he is dealing with some serious personal demons. Never forget that he is a human being, and no one should wish for things to get even worse for him.

Having said that, the situation is rather grim for the team. Had Gregory not failed the test, getting Lawrence back would have left the team in good shape as far as the starters go. Now they just have Taco Charlton and Dorance Armstrong under contract, and can also consider moving Tyrone Crawford back to DE full-time. Charlton has been disappointing for a first-round pick, and Armstrong did not show much during the past season. The defensive tackle position is also woefully understaffed, although they do have a couple of solid starters in Maliek Collins and Antwaun Woods. Crawford was valuable as a multi-position role player, and the team would no doubt prefer not having to move him full-time to the edge.

Complicating things is the lack of a first-round pick, and only having six overall selections to work with. There are multiple other needs to deal with, such as defensive tackle, tight end, running back, wide receiver, safety, and swing tackle. There just aren’t enough draft resources to even try to address all of them.

That means that the team will be forced into the free agent market, where they have been notoriously parsimonious. That may have to change.

One possible way to reduce the needs would be the long-desired signing of Earl Thomas. There are rumors swirling about him still being eager to come to Dallas, and his injury last season may have lowered his price tag. They also could try to bring back Cameron Fleming as their swing tackle, but both would eat up cap space.

Fortunately, the Cowboys had about $47.9 million in cap space before the Gregory suspension, and that will add about $1 million more. Stephen Jones is a master at manipulating contracts for cap flexibility, so look for all the expected extensions (likely including Amari Cooper, Dak Prescott, Ezekiel Elliott, and Byron Jones) to be back-loaded using bonuses that can be spread over the length of the contracts to free up more money. There are a lot of free agent edge rushers on the market, and with the situation now, the team may be willing to dive in a bit deeper than in the past.

It certainly makes free agency and the draft more crucial than ever for Dallas. Gregory’s loss leaves a big hole. It is going to be a lot harder to fill this season without that first-round pick.