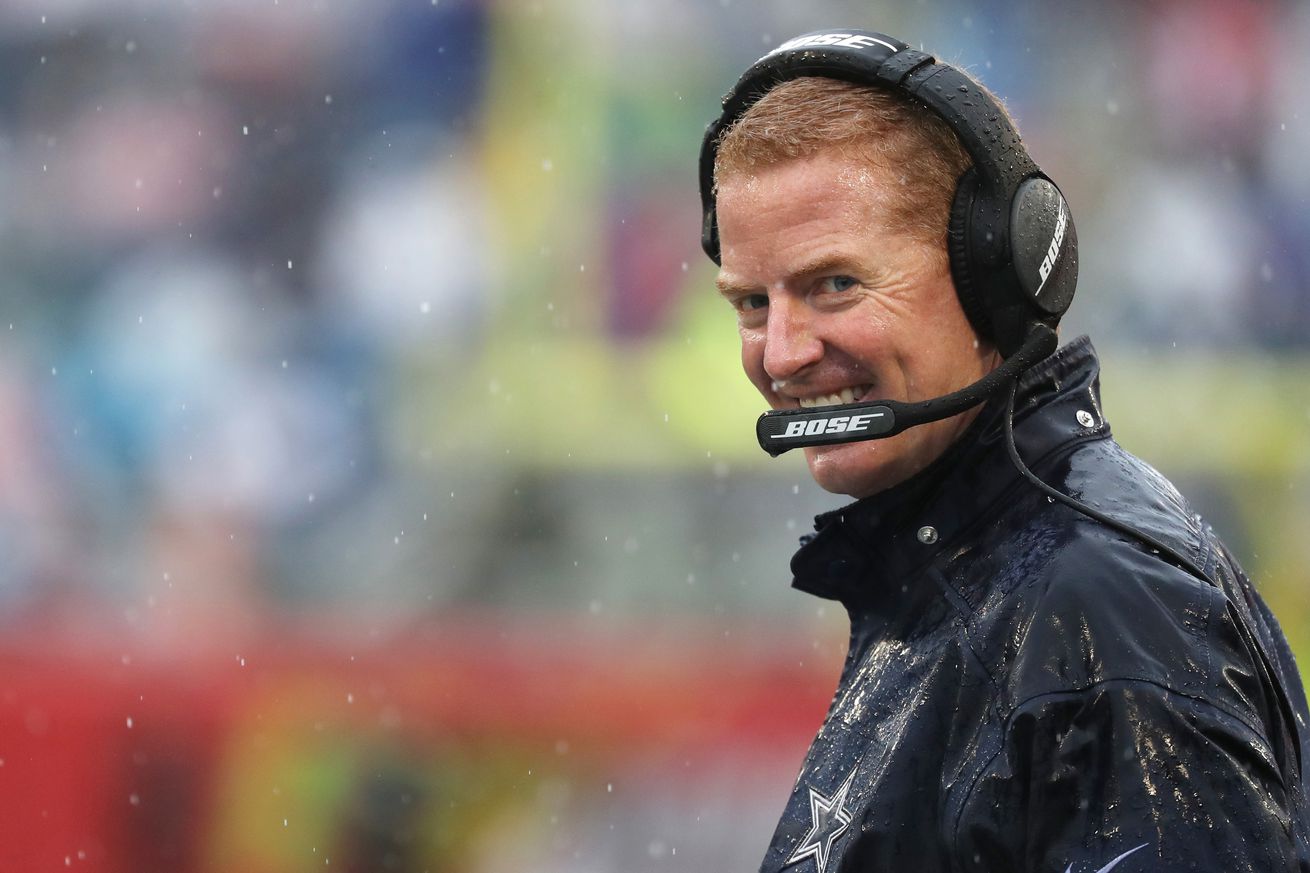 Jason Garrett took a turn at the mic at the NFL combine.

It’s NFL Combine week which means coaches and front office figures are all over the streets of Indianapolis, watch out for the shrimp cocktail at St. Elmo’s by the way. That isn’t for the faint of heart.

This obviously means that the Cowboys brass is up in Indy and while we got to hear from Stephen Jones on Tuesday, it was Jason Garrett who spoke on Wednesday. Here are the highlights.

You’re likely well-aware that 2019 is the final season on Jason Garrett’s current contract. Jerry Jones came out during the week of the Super Bowl and announced that there would be no extension this year. That obviously turned the pressure up a bit, right?

Jason Garrett says he’s not feeling any extra pressure going into the final year of his contract pic.twitter.com/pDYR3AO482

People like to joke about Garrett’s robotic nature, but his personality really is just to focus on each day as it comes. Looks like that’s what he’s doing.

One change that Dallas has already undergone has been at the offensive coordinator position. Kellen Moore will be handling those duties for the first time in his career, Jason Garrett believes in him though.

Jason Garrett notes that so many concepts in football are trickling up from HS and college to the pros. He says that Kellen Moore’s youth and proximity to a successful college offense played a role in the decision to promote him #cowboyswire

Dallas isn’t ready to move on from Randy Gregory

Tuesday gave way to the news that Randy Gregory would be suspended indefinitely and that was tough to hear. While many have resigned themselves to this being the end of Gregory as a Cowboys player, the organization does not feel that way.

Jason Garrett on Randy Gregory’s latest suspension and why the Cowboys won’t be cutting ties with him pic.twitter.com/bpE2ELrNa9

Hopefully Gregory can bounce back.

DeMarcus Lawrence is a priority

Stephen Jones told us that the Cowboys have already made at least one offer to Lawrence, but until a deal is done people are going to stress about it. Know that the Cowboys are among that group as they want him around for the foreseeable future.

Jason Garrett: “There’s no question about the sentiment. We want DeMarcus Lawrence to be with the Dallas Cowboys for a long, long time.” pic.twitter.com/dSnNAj5DTO

Last season served as the emergence of rookie first-round pick Leighton Vander Esch in the heart of the Dallas defense, shockingly reducing Sean Lee to a bit of a role player. Many have assumed that Lee won’t be back with the team, but the Cowboys believe that’s not necessarily the case. They also think they can fit in Allen Hurns as well.

Jason Garrett said there is a role for Sean Lee and Allen Hurns on the 2019 Cowboys. Hurns is progressing in a positive direction from his leg injury.

Remember that these are only February words. It’s the ones that come later that matter most.