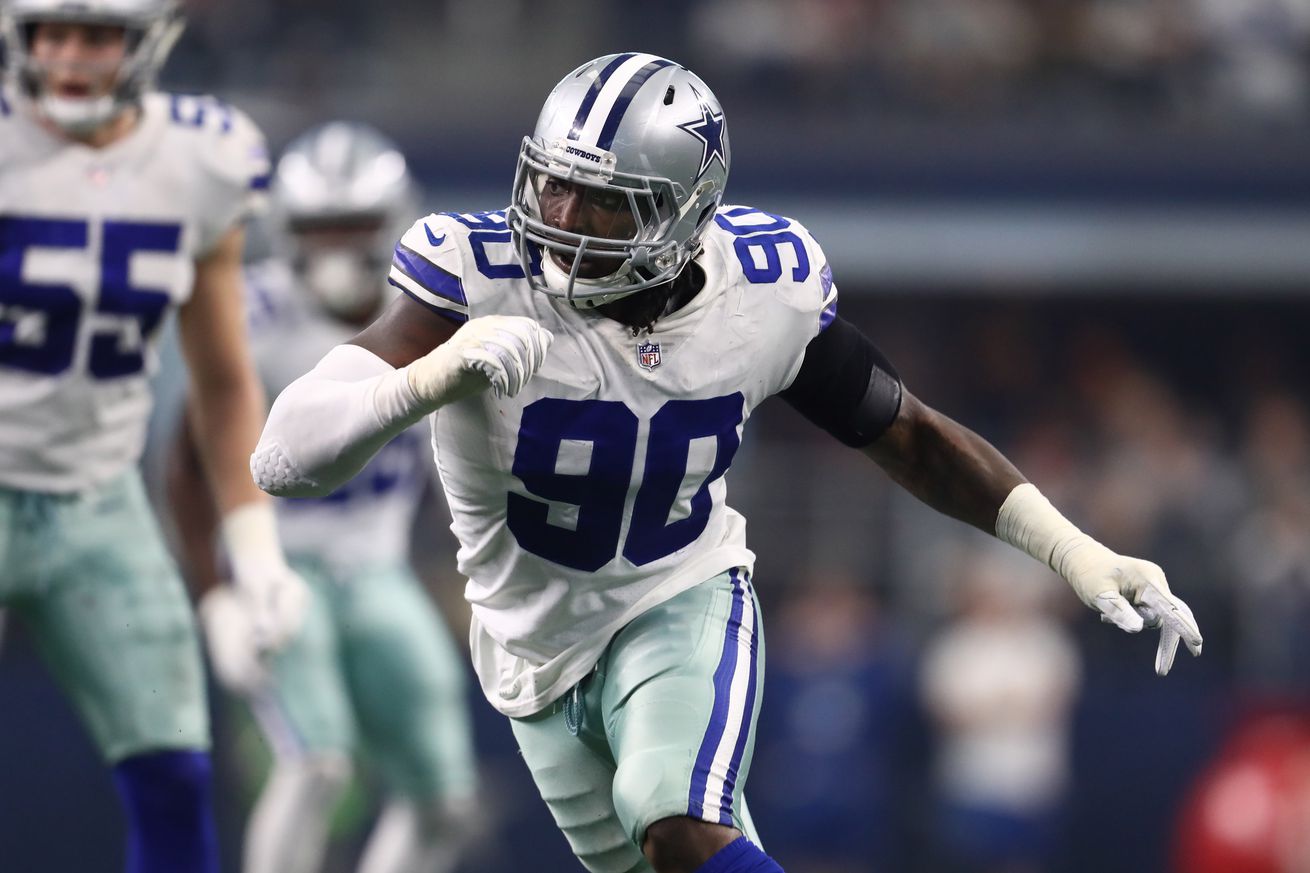 We already knew it, but it’s nice to hear confirmation on DeMarcus Lawrence.

Every year the fine folks over at NFL.com take part in an exercise where they rank the top 101 available free agents. A tradition unlike any other, as they say.

2019 is no different and with free agency just a few weeks away the group has made their list for this year. Keep in mind that they qualify free agents as players with contracts that are going to expire and would theoretically be available. Lots of these players typically end up getting franchise tagged and ultimately never see the open market.

There are a lot of interesting names just in the top 10, names that Cowboys fans know well. There’s also a lot of beef up front particularly with the top three names which includes Tank Lawrence at the first spot. He is regarded as the premier free agent (if he became one).

While there have been reports of both sides, the latest does indicate that the Cowboys don’t intend on placing the franchise tag on Lawrence just yet. They have until March 5th to negotiate a long-term deal and we’re all hoping (for the most part) that they do.

There are only two other Cowboys players on this list, Cole Beasley and David Irving at 87th and 89th, respectively. Dallas has reportedly decided that they’re going to move on from Irving, but Beasley is a different case. We’ll obviously be tracking what they decide to do.

Sandwiched in between Beasley and Irving is a name that Cowboys fans are starting to really familiarize themselves with in tight end Tyler Eifert. He’s definitely someone that could be visiting The Star in a few weeks, especially if Jaylon Smith has anything to do with it.