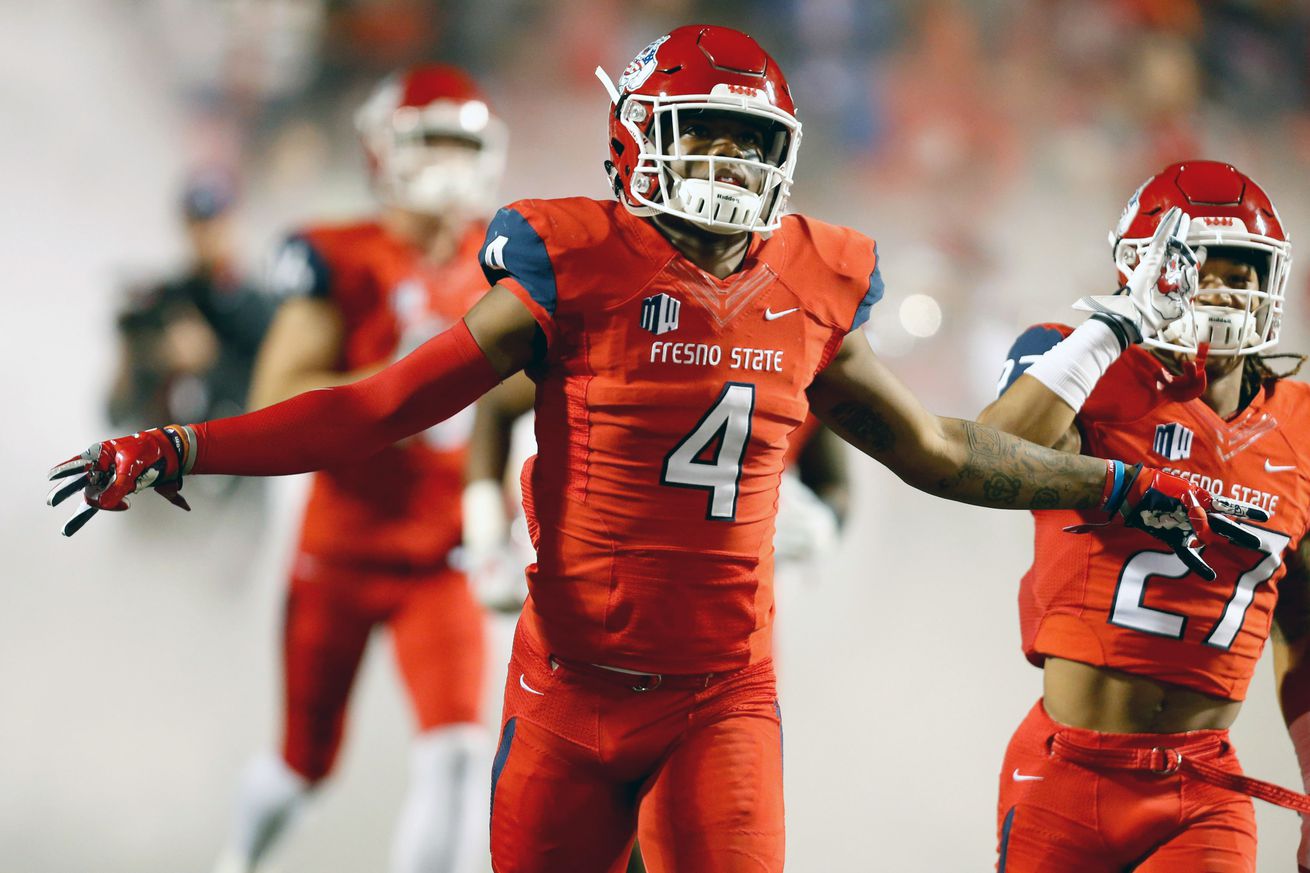 If the Cowboys are looking for a later-round safety, Mike Bell could be the guy.

In his freshman year, Mike Bell and the Fresno State Bulldogs went 1-11 and got their head coach fired. In the two years since, Fresno State has won 22 games largely due to how stout their defense played. Bell was a big part of that, and it’s why he could be an intriguing option for the Cowboys in the later rounds.

The first thing that jumps out about Bell is his size. At 6’3”, Bell has the frame of a wide receiver like Dez Bryant. His listed weight of 205 pounds leaves room for Bell to bulk up, but it doesn’t seem to be too much of an issue, as Bell routinely demonstrates not just a willingness, but a desire, to come down field and lay big hits.

That’s not to say that Bell is just a big hitter, because he’s not. While Bell certainly builds up a lot of momentum when he wants to lay the lumber, he also takes good angles and does a good job of using his long arms to wrap up the ball-carrier. Sometimes he gets too engaged in his blocks and can’t get off of them to make the tackle, but when Bell is running free and going at the ball-carrier, he’s a heat-seeking missile.

In college, Bell was primarily used as a box safety and he was darn good at it. That’s good for the Cowboys, who could use a box safety with the skills that Bell possesses. He wasn’t used in man coverage a whole lot, so I can’t say for sure how great he’d be going up against slot receivers or tight ends in man. However, Bell possesses all the traits that Kris Richard loves in defensive backs: length, physicality, and a tenacity when attacking the ball. Even if Bell ends up not being reliable in man coverage, Richard can teach him some tricks and techniques to conceal the weakness.

The aspect of pass coverage where Bell really excels is in zone coverage, particularly in more shallow zones. He doesn’t seem to have the natural athletic ability to play as a single-high safety and patrol the middle of the field, but in the zones closer to the line of scrimmage Bell is astute. He doesn’t get drawn out of his zone by receivers and focuses intently on the quarterback’s eyes.

By far the most underrated aspect of Bell’s game, though, is his ball skill. I said earlier he’s got the frame of Dez Bryant, and he plays the ball like him, too. Some safeties try to jar the football out of a receiver’s hands with big hits, and after seeing some of the hits Bell laid out in 2018, I figured he’d do the same. But instead, Bell does a really good job of locating the ball in the air, turning his hips, and jumping at the point of the catch. It helps that he has a catch radius better than some receivers in this draft class.

The biggest knock on Bell that I can see is his athleticism, which isn’t great. He’ll likely test right around average at the combine, which would probably cement his status as a fourth or fifth round prospect. But his football IQ, sound fundamentals, intensity, and desire to make a play on the ball will make him a great box safety in the Cowboys’ scheme.

The ideal situation for a Bell-to-Dallas scenario is for the Cowboys to sign a free agent safety and let Bell develop behind him while also contributing on special teams. Bell’s adept tackling and fire with which he does it would make him a great special teams ace from the get-go. Either way, Dallas would be getting good value if they could land Bell on day three of the draft.