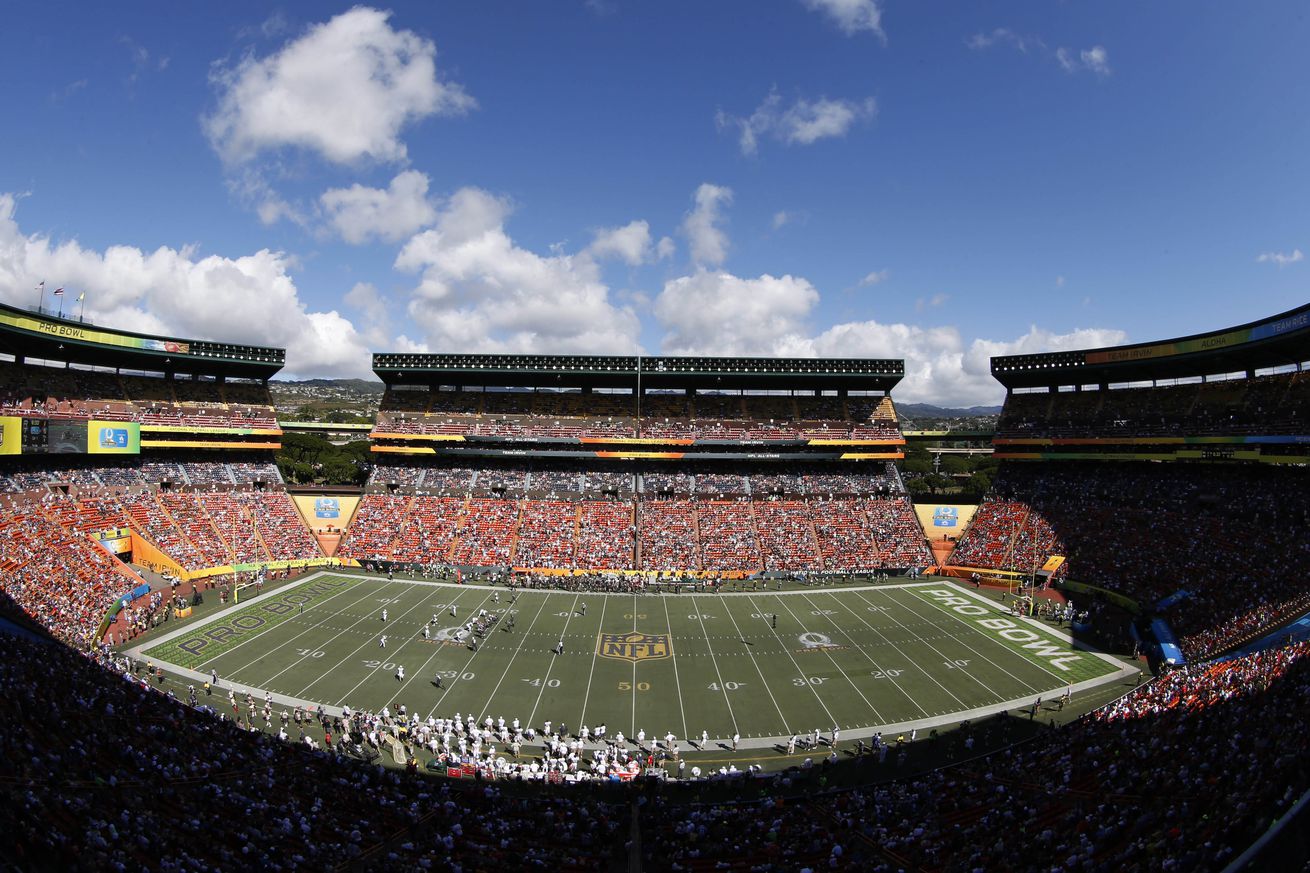 Will the Cowboys be saying “Aloha”?

Despite being hard at work at the NFL Combine, it’s been a busy week for the Dallas Cowboys.

We’ve gotten news of a suspension for Randy Gregory and one for David Irving, and an un-retirement from Jason Witten. It’s a normal week for America’s Team by some standards.

Something else managed to slip through the cracks here, though. A report surfaced on Wednesday that the Cowboys are a “likely opponent” for the Los Angeles Rams during their preseason game… in Hawaii.

The Dallas Cowboys have emerged as a likely opponent for the Rams in an August preseason game at Aloha Stadium sponsored by the @HawaiiHTA . @RamsNFL say the hope to announce an opponent, date & ticket prices in coming weeks. #HawaiiFB @StarAdvertiser

Back in November the NFL announced that the Rams would indeed play one of their preseason games at Aloha Stadium in Hawaii. Of course, Aloha Stadium served as the home to the Pro Bowl for so long (the last one there was the game following the 2015 season) so it’s not a stranger to football.

As the Rams still don’t have their new home stadium in Los Angeles we’ve seen the NFL focus on moving them around different places (at one point China was in the plans). If you’re going to show off Sean McVay’s Rams in Hawaii what better way to do it than to have them play against the Dallas Cowboys? The 2019 season will see a regular season matchup between the two, it will also be a rematch of the Divisional Round game that the Rams won, so there’s a lot of pop to it.

Who’s down to go to Hawaii?