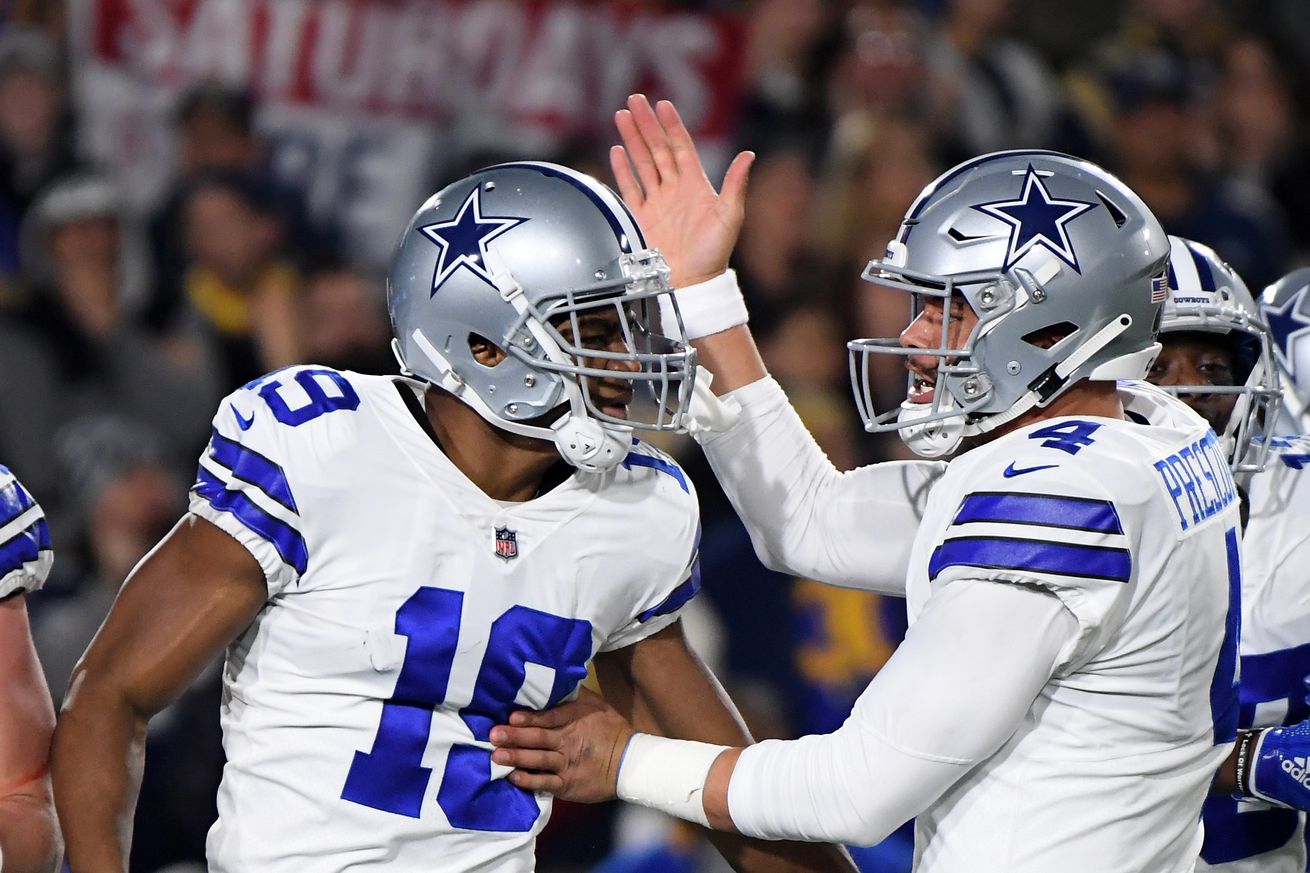 In a league, and a position, filled with prima donna’s, it’s nice for the Cowboys to have one of the good guys.

The Dallas Cowboys went against the grain of their normal strategy of hoarding precious draft capital when they traded away this year’s first-round draft pick to acquire Amari Cooper from Oakland. Some viewed it as desperation as the Cowboys were certainly lacking a true talent at the wide receiver position. Others scoffed at the notion of giving up four years of cheap salary in exchange for what’s soon to be a sizable cap hit.

But the brain-trust at The Star knew what they were doing. Not only did they feel Cooper had the talent they were lacking at the position, they knew the type of person he was. Cooper is a very soft spoken guy who just goes out there and does his job. He doesn’t gripe about anything, he doesn’t get into any off-field trouble, and he’s never in the headlines causing a distraction for the team. In fact, his lack of emotion made some form the conclusion that he lacked passion for the game and could be a factor in why the Raiders moved on from him. That couldn’t be further from the truth as he showed up in Dallas ready to compete. Just like in Oakland, Cooper didn’t display much flare, but he let his production on the field do the talking for him.

Cooper is going to receive a nice extension real soon that may very well make him one of the five highest-paid receivers in the league. Whether he belongs in that category is up for debate, but one thing is for sure – Amari doesn’t bring the headache others do.

The New York Giants star receiver is an amazing talent, but he can’t go very long without creating some type of controversy. The camera follows him everywhere because you never know when the next altercation is coming, even if it’s with a kicking net. Beckham Jr. was suspended a game in 2015 after he was involved in a fight with Josh Norman, who was with the Carolina Panthers at the time.

Beckham Jr. has been fined 10 times in his career so far. From blindside hits to his role in brawls, OBJ always finds himself in the middle of drama.

Things are messy in Pittsburgh right now. It wasn’t that long ago when they were led by superstars Le’Veon Bell and Antonio Brown. Bell didn’t like being franchise-tagged and sat out the entire 2018 season. His days in Pittsburgh are over. And now it looks like the same is true for Brown who has asked to be traded. Problems started late last season when he got into an argument with quarterback Ben Roethlisberger. Brown skipped practices and was eventually benched for their Week 17 matchup against Cleveland even with the Steelers playoff hopes still up for grabs.

What is going on inside his head is beyond my comprehension…

Brown has been fined six times throughout his career, but has never been suspended. Although he easily could have been for this kick to the face to Cleveland punter Spencer Lanning.

The Tampa Bay Buccaneers wide receiver has done a good job keeping his nose clean for the most part. He did get into an altercation at a nightclub his rookie year where he was seen jumping over a car and throwing punches (watch video). But despite all the losing that Tampa Bay has done in recent years, you don’t hear much complaining from Evans. He’s never been fined, although he did forfeit $40k worth of salary after he was suspended for this blindside hit on New Orleans Saints defensive back Marshon Lattimore.

Finally, a good guy, right? The only dirt anyone’s ever had on the Houston Texans star receiver is that may or may not have trashed a hotel room. But who hasn’t done that… or thought about doing that… or at least thought it would be fun to do it if nobody had to come back around and clean it up? We’ve all been there. He did get kicked out of practice for throwing punches against San Francisco 49ers defensive back Jimmie Ward, but those can be heated moments and don’t mean a whole lot.

Hopkins has been fined just three times in his career, but some of them were petty like when he threw the ball into the stands. He did throw the ball at a defender one time, which proved costly. The Texans were trying to make a comeback late in the game, but the penalty moved them back, forcing them to eventually punt.

The low-key Cooper is just a different breed. He keeps his emotions in check. He’s never been fined for anything and he’s never had a single unsportsmanlike penalty. Not even for excessive celebration, but that shouldn’t be surprising since Cooper’s not one for celebrating.

“Why are those guys so excited if they know they’re great players,” Cooper said inside a quiet Cowboys locker room before afternoon meetings on Wednesday. “I mean that should be what they expect to go out and do. That’s why I never used to celebrate, because I expected to do that. I expect to do more, and if I scored a touchdown, I’d look at it like that’s not much. I can score three or four times.”

And even when Cooper has a problem, he composes himself like a professional.

While there have been more emotions, there have been no negative triggers. In that signature game against the Eagles when Cooper caught 10 passes for 217 yards and three touchdowns, the closest he came to showing frustration was sagging his shoulders when Dak Prescott called for him to run another stop route.

At the line of scrimmage, Prescott changed the route, and they connected for a touchdown.

But Cooper’s complaint did not rise above a “come on.”

Oh, he could demand the ball. He could call out the game plans. He could walk up and down the sideline gesturing wildly. During the week, he could complain to the coaches about a lack of opportunities. Maybe he could fire a ball at Prescott the way Antonio Brown reportedly did to Ben Roethlisberger going into the final week of the regular season.

Cooper does none of it.

Whether you’re fighting with equipment, karate-kicking punters, or retaliating against opponents – all these things hurt your team. Cooper doesn’t subject his team to the same type of disadvantage.

In fact, Cooper’s penalty resumé is rather bare. With the exception of a few offensive pass interference penalties, there isn’t much to complain about. He didn’t commit a single penalty last season with the Cowboys.

It’s nice to have a talented receiver like Cooper on the team, but it’s even nicer to know he’s just an all-around good guy. He’s not a me-first guy who demands targets, he doesn’t go out of his way to show up an opponent, and his actions are never detrimental to the success of the team. So when the Cowboys offer up a healthy contract extension, take pleasure in knowing they got one of the good ones locked up for a long time.