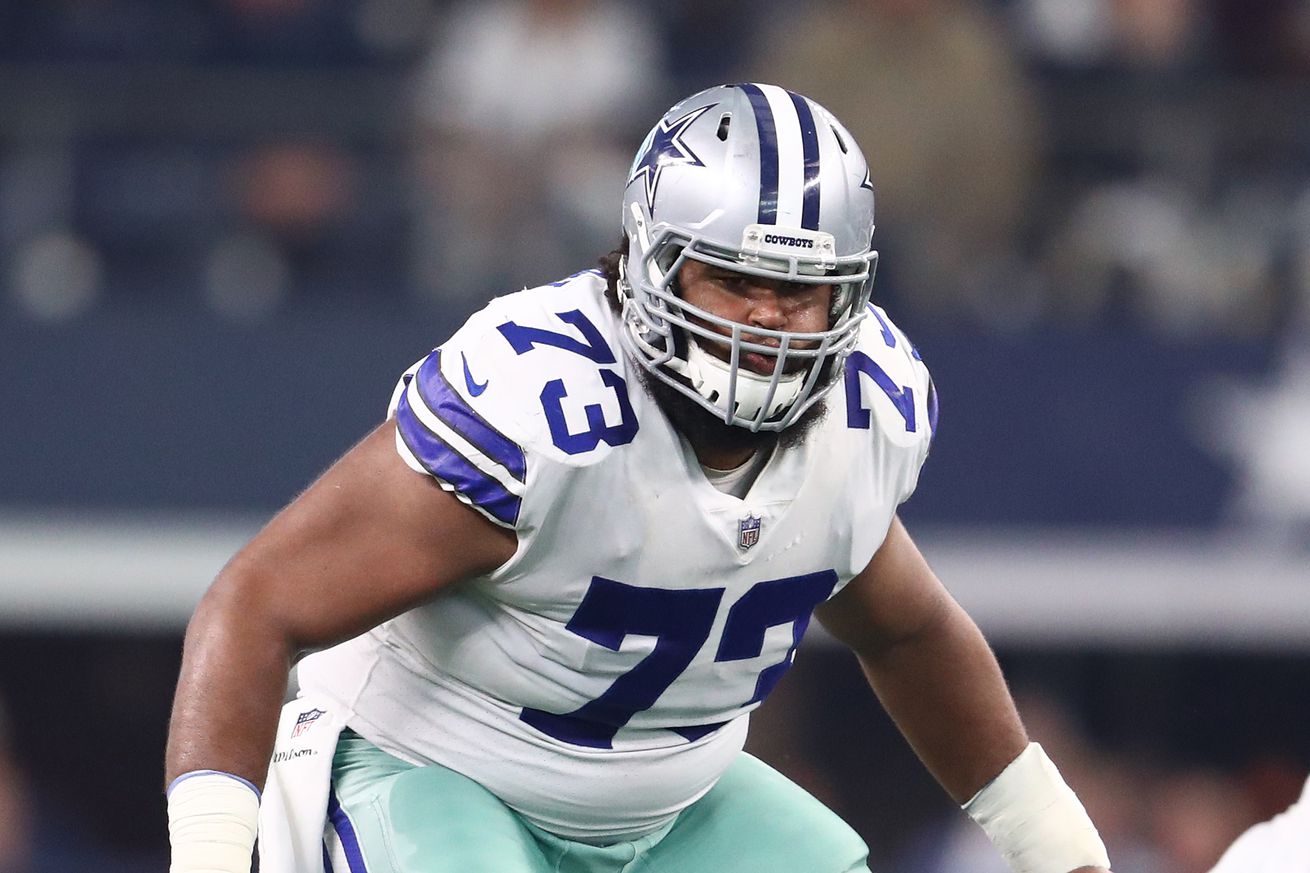 Joe Looney should be back for another year and provides quality depth in the middle of the Cowboys line,

The Dallas Cowboys were rocked just before the 2018 season began by the news of Travis Frederick having an autoimmune disease. This isn’t exactly the type of thing that teams can be prepared for, which is what makes Joe Looney all the more incredible.

Looney took over at center for the team and played very well throughout the entire season. He served as a prime example of “insurance” at a position and did so at the all-important position of center. According to 105.3 The Fan’s Mike Fisher, Looney will be around through the 2019 season.

Sources: As Travis Frederick gets healthy, #Cowboys plan on picking up option on valued O-lineman Joe Looney as soon as today https://t.co/xUZvTSUE7X pic.twitter.com/LWV9IxexFd

The Cowboys have been cautiously optimistic that Frederick will return next season, but again the value of Looney cannot be measured. His ability to pick up and go last season greatly helped the team on their way to the division-winning campaign. Ezekiel Elliott also led the league in rushing behind Looney’s efforts. He’s the real deal.

You’ll remember that Looney signed a two-year deal an offseason ago, but 2019 was an option year. Fish has the details.

Looney last year signed what was billed as a two-year contract worth $2.1 million. But the second year was actually a team option that needs to be picked up by the Cowboys before March 13, the end of the existing NFL league year — and this is one of the easiest decisions the Cowboys have on their offseason “Things To Do’’ List.

Right ahead of free agency the Cowboys are focused on retaining some of their own. This is a very good thing.