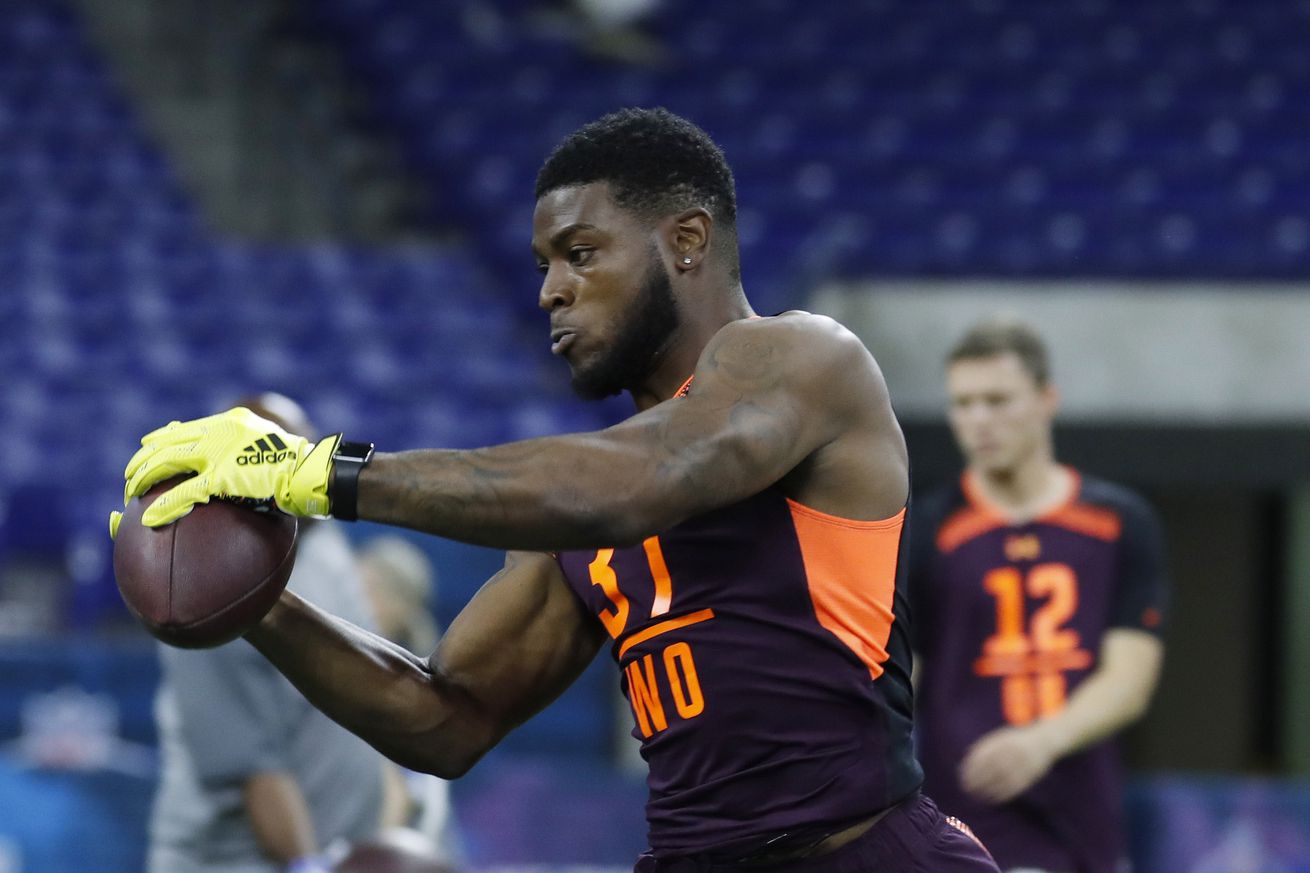 Looking at a receiver that the Cowboys could target in April.

We are back again with another draft prospect to know, as the 2019 NFL Draft is just around the corner. We looked at Ohio State wide receiver Parris Campbell the other day. The speedster has the athletic ability to develop into a weapon on the next level.

The Cowboys did add Amari Cooper during the season, but you can never add too many weapons to the offense. Dak Prescott is looking to take the next step as a franchise quarterback, and adding more weapons to his arsenal can be very helpful in his development.

Today, we will look at another wideout that the Cowboys could potentially have on its radar come draft time: Nebraska’s Stanley Morgan, Jr.

Stanley Morgan arrived at Nebraska as a three-star prospect from the state of Louisiana, picking the Huskers over reported offers from Clemson, Florida, Georgia, and a host of others. Morgan got on the field as a true freshman in Lincoln and was an impact player from then through his senior season.

The Louisiana native ended his career with the Huskers with a bang — catching 131 passes for 1,990 yards and 17 touchdowns over his junior and senior seasons. Additionally, Morgan averaged over 15 yards per catch during his last two years, displaying his ability to hurt defenses play after play.

What makes Morgan an intriguing prospect in this year’s deep and talented receivers class is his impressive route-running and playmaking ability with the ball in his hands. As mentioned previously, the Nebraska product averaged over 15 yards per catch over his past two seasons on the collegiate level. He accomplishes this by creating separation from the defensive back with an impressive route tree and above average game speed.

While not a dynamic or off-the-charts athlete, the leading receiver in Nebraska history can win in a variety of different ways through football IQ, instincts, and soft and reliable hands.

Morgan is a quick and shifty receiver that has a high football intelligence which helps him understand how he can get open, making him an easy target for the quarterback. His good release and get-off, along with his smooth hips, makes him a pain for defensive backs to deal with.

Here, Morgan does not create a ton of separation, but is still able to make the play against a top-5 selection at cornerback:

In the following clip, the Nebraska wideout uses his footwork to create enough of a window for his quarterback to fit the ball into:

Lastly, Morgan sets the defender up perfectly with the beginning of his route, creating the separation needed before tracking the ball and coming down with a big completion against Penn State.

•Stem DB’s o/s shoulder 3 steps
•Snap inside for 2
•Rocker step onto DB’s toes w/eyes to the pylon
•2 steps into break to generate sep. before tracking ball
•Body control: Jersey # to path of ball
•Frame tip of ball in between diamond#ItsInTheDetails ❄️ pic.twitter.com/ozpRUS5oyB

All-in-all, Stanley Morgan projects as a “Z”-receiver at the next level with some ability to line up at different spots in the offense depending on the situation. Morgan’s route-running ability makes him a prospect with a high ceiling that should help him succeed against professional defensive backs.

Put all that together with being the most productive receiver in Nebraska history and an impressive combine showing, and Stanley Morgan is an ideal receiver prospect to target early on day three in April. Adding help at safety and defensive line should be two of the top priorities this offseason, but you cannot go wrong with giving Dak Prescott talented receivers to work with, either.