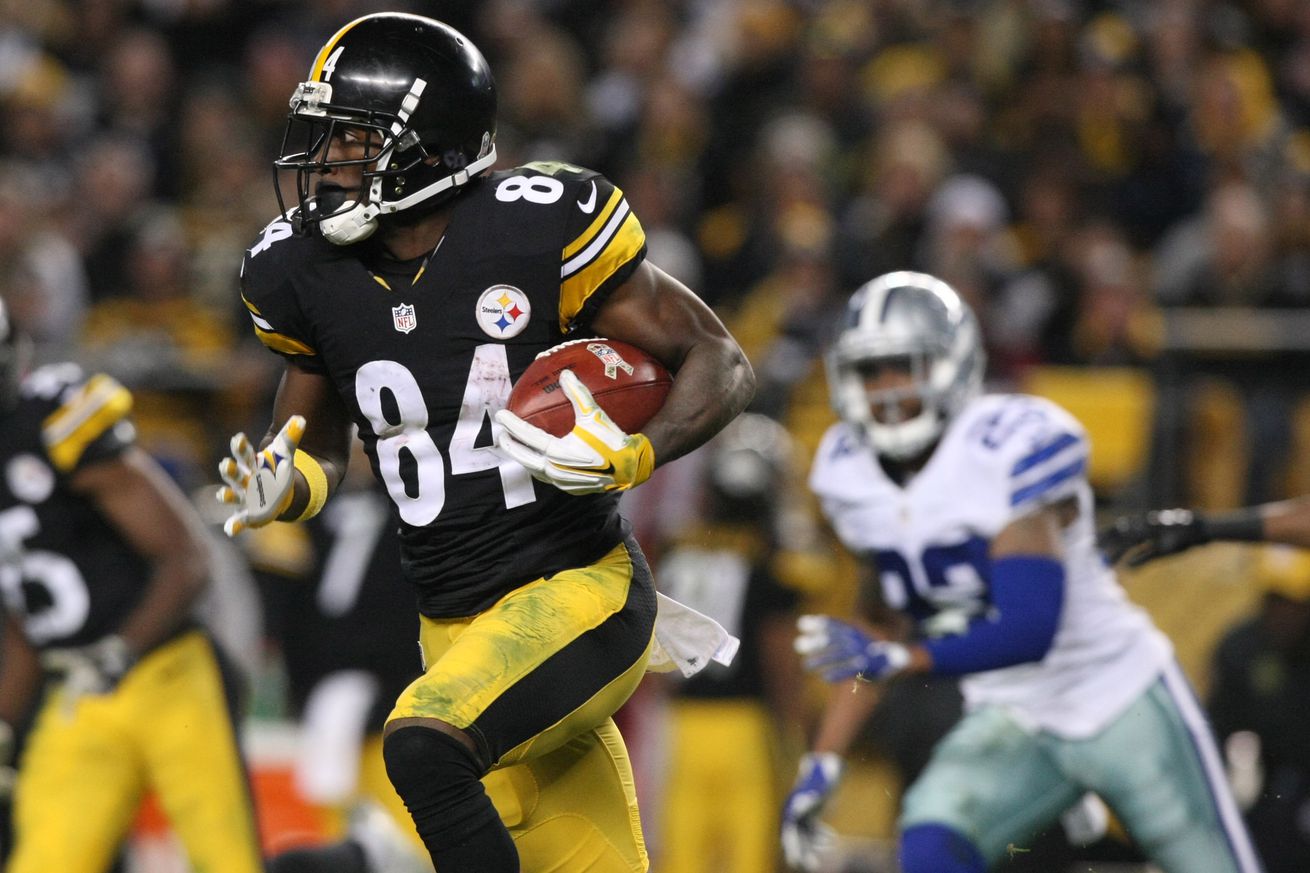 The wide receiver market just got an unexpected jump.

The Oakland Raiders have their new receiver. And by new, we mean the 30-year-old, four-time All-Pro, Antonio Brown. Last October they dealt away Amari Cooper for a first-round draft pick from the Cowboys. At first, Cowboys fans scoffed at the steep price, but 53 catches, 725 yards, and six touchdowns later – we were all on board with it. He’s worth a first.

For the Raiders, they swap out the 24-year-old Cooper for one of the league’s best wide receivers over the last eight years. And in half of those years, Brown’s had 1,500+ yard seasons (Well, one of them was 1,499 yards, but let’s give him that). The Raiders also lose some pretty good draft capital as they gave up a third- and fifth-round pick to get Brown, but received the 27th overall pick from Dallas. Some would argue that Brown plus a first-rounder is better than Cooper plus a third and an fifth, but there’s a lot of years of football that isn’t being taken into account in that comparison. Remember, Cooper is just getting started.

For the #Raiders fans who think Amari Cooper could never amount to what Antonio Brown has accomplished and AB’s past production is more valuable than Cooper’s future potential pic.twitter.com/N78pkqvOSc

As for Pittsburgh, it sure feels like they didn’t get much in return for such a talented player, but clearly Brown was a headache for them. After issues with Ben Roethlisberger last season, Brown wanted out of Pittsburgh and the Steelers organization finally granted him his wish. It’s easy to criticize the Steelers for losing grip with this situation, but they’ve been down that road before. In 2010, they traded Santonio Holmes to the New York Jets for just a fifth-round pick. This was following a 1,248 yard season in 2009 and just a year removed from his game-winning touchdown catch in the Super Bowl. In 2013, Mike Wallace left for Miami after his rookie contract expired, signing a big five-year deal. Pittsburgh let him walk despite a productive four seasons, including two 1,000+ seasons and a Pro Bowl nod. So, the Steelers have been down this road before and each time they’ve had a backup plan. This time around – that plan is Ju Ju Smith-Schuster. The 22-year-old receiver is coming off a 111 catch, 1,426 yards season and he’ll cost the Steelers next to nothing over the next two seasons.

It’s easy to applaud the Raiders for not giving up much to get Brown, but keep this in mind – the Steelers were shopping him and 30 other teams could’ve stepped in and made a better offer. Those picks were the value of Antonio Brown according to the league. The Brown ordeal was always about money and now the Raiders are picking up the cost. The Steelers will eat a big chuck of dead money ($21 million), but no longer have to deal with his drama. That’s between Oakland and Pittsburgh, however there new deal Antonio Brown is getting could have a trickle-down effect on other wide receivers looking for new deals.

What could this mean for the Cowboys and their negotiations with Amari Cooper? Will this add extra money to Cooper’s bank account? Talented receivers don’t come cheap, even if they have a little crazy in them apparently. The Cowboys are going to have to pony up some cash to keep Cooper, but at least they can take comfort in knowing he’s not going to bring a lot of drama, only production.