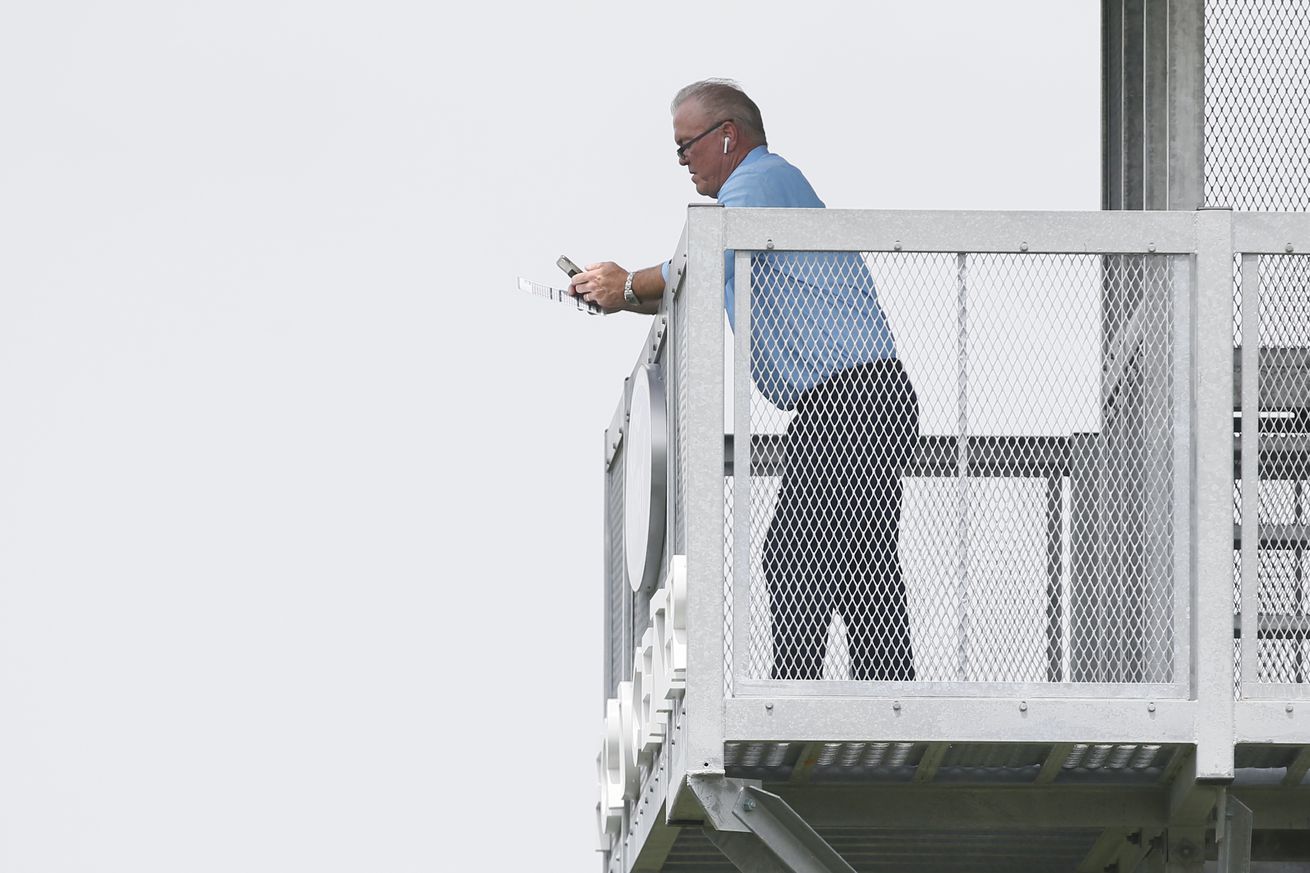 Free agency is only two days old and already there are groans across Cowboys Nation regarding the inactivity from the front office. With the exception of signing the unknown Codey McElroy, the team has done absolutely nothing in free agency besides re-signing their own players. Of course, we all saw this coming right? Every year, we lower our guard and think to ourselves, “maybe this is the year they make a big splash.” Yet every year, we are met with the same level of disappointment. Face it, the Cowboys just refuse to be big spenders in free agency.

We thought this year might be a little different with Earl Thomas on the market. The Cowboys were definitely interested, but hearing rumblings about him wanting $15 million per year seemed to eliminate any real possibility of him wearing the star. Two days have gone by and Thomas is still on the market. Is it possible his price could drop down far enough into the Cowboys range?

The team also missed out on Cole Beasley, but that was also expected. The Cowboys wanted to keep him around, but only if they could get him for the right price. And as it turned out, that price was $6 million annually.

How far apart were Dallas and Buffalo? Really far! #Cowboys final offer I’m told was roughly 18M over 3 yrs. WR Cole Beasley will see most of his money in the first two seasons with Bills. Averaged roughly 58 balls in 4 seasons with Dallas, looking for closer to 75 in Buffalo.

The Buffalo Bills were able to give him an extra $1.25 M per season, so off he went. Even though fans saw this coming, it’s still sad to see him leave as the offense just won’t be as saucy without him.

You’ve earned it, Beas! Thanks for the memories. Time to give the fans in New York something they can cheer about instead of breaking their hearts. pic.twitter.com/e6ERI8zwre

And linebacker Damien Wilson will be joining his teammate Anthony Hitchens in Kansas City so another one bites the dust.

The #Chiefs have agreed to terms with LB Damien Wilson, formerly of the #Cowboys, source said.

Big moves are happening all across the league. Pass rusher Trey Flowers (New England) will be making $16 million per year playing for Detroit. Landon Collins ($14 million per year) is going from the New York Giants to the Washington Redskins. And the Philadelphia Eagles have lost linebacker Jordan Hicks to the Arizona Cardinals ($9 million per year) as well as Nick Foles to Jacksonville ($22 M/year). The Green Bay Packers are making all kinds of splashes going after several top free agents, including: Adrian Amos (Chicago), Za’Darius Smith (Baltimore), and Preston Smith (Washington). There’s been a lot of action.

But then there’s the Cowboys. Just sitting on their hands as teams across the league try to get better. It can be frustrating to watch because for years, the Cowboys haven’t been able to get past the NFC Divisional Round of the playoffs. How are they supposed to take the next step if they are not actively trying to get better?

Well, they are trying. It’s just that free agency isn’t their bread and butter of team building. The Cowboys build through the draft, develop their players, and then spend the majority of cap resources on retaining the good ones. It’s not that the Cowboys are absolutely against using free agency. If a player they like is available at the right price, they’ll go after him. They just know that free agency is a risk and teams are statistically proven to get ripped off acquiring players in this fashion. For that reason, they keep their risks to a minimum.

The Cowboys aren’t shoving all their chips in the middle banking on the 2019 season. Instead, they are grinding this thing out. Teams that risk it may get the biscuit, but Dallas is trying to ensure they’ll be at the dinner table for years to come. It’s frustrating to not quite have all the tools necessary to be elite, but this team is gradually getting there. Nobody thought they were doing anything last year, but then they added Leighton Vander Esch and Amari Cooper to the squad. Yes, that cost precious draft capital for them, but they ended up with one of the top players in the draft despite picking 19th as well as one of the best wide receivers to enter the league over the last four years. That’s pretty good.

I hear a lot of talk about how the team cannot sign everyone and about them letting players like Cole Beasley test the market, but how can fans expect more than a second-round exit next year if the team loses key players and other veteran contributors and replaces them with either cheaper options or first-year draft picks? Is it realistically possible for this team to get any better next year given the circumstances? – JEREMY CRENSHAW / ANNA, TX

Bryan: You don’t think that guys like Leighton Vander Esch, Jaylon Smith, Michael Gallup, Connor Williams are not going to get better? Just because you see someone overpaying for a player doesn’t mean that team got better. There is a lot of times where it’s the exact opposite. As long as this team has a plan by drafting and finding guys like Antwaun Woods it will be better in the long run.

And Rob Phillips chimed in as well…

Rob: Yeah, it’s possible. They’ve got about a dozen 2018 starters age 25 or younger. If there’s a team that can get better largely from within, it’s this young group. I do agree there’s a middle ground in free agency and you’ve got to spend a little to get the return you need. But when you draft well, as the Cowboys have for years, you have top players that need contracts, too. Often the teams that spend the most are compensating for spots they haven’t filled in the draft.

There are a lot of good players in free agency and the Cowboys can make themselves better if they are able to find a few good ones. It just won’t be the pricey ones. Guys like Jeremy Mincey, Justin Durant, Terrell McClain, and Antwaun Woods have been quality contributors for the team at low costs. The Cowboys have a way they go about things and it’s helped them win games. Landing some flashy new free agent isn’t the answer to winning a championship. Drafting and developing, is. And with each new year, the number of quality players on this roster increase.

This is the part where everyone scoffs at the Cowboys as they sit on their hands in free agency, but remember these two things..

1. Dallas is getting the #1 free agent this year (Tank).
2. They got one of the top players in the draft with pick 19 last year.