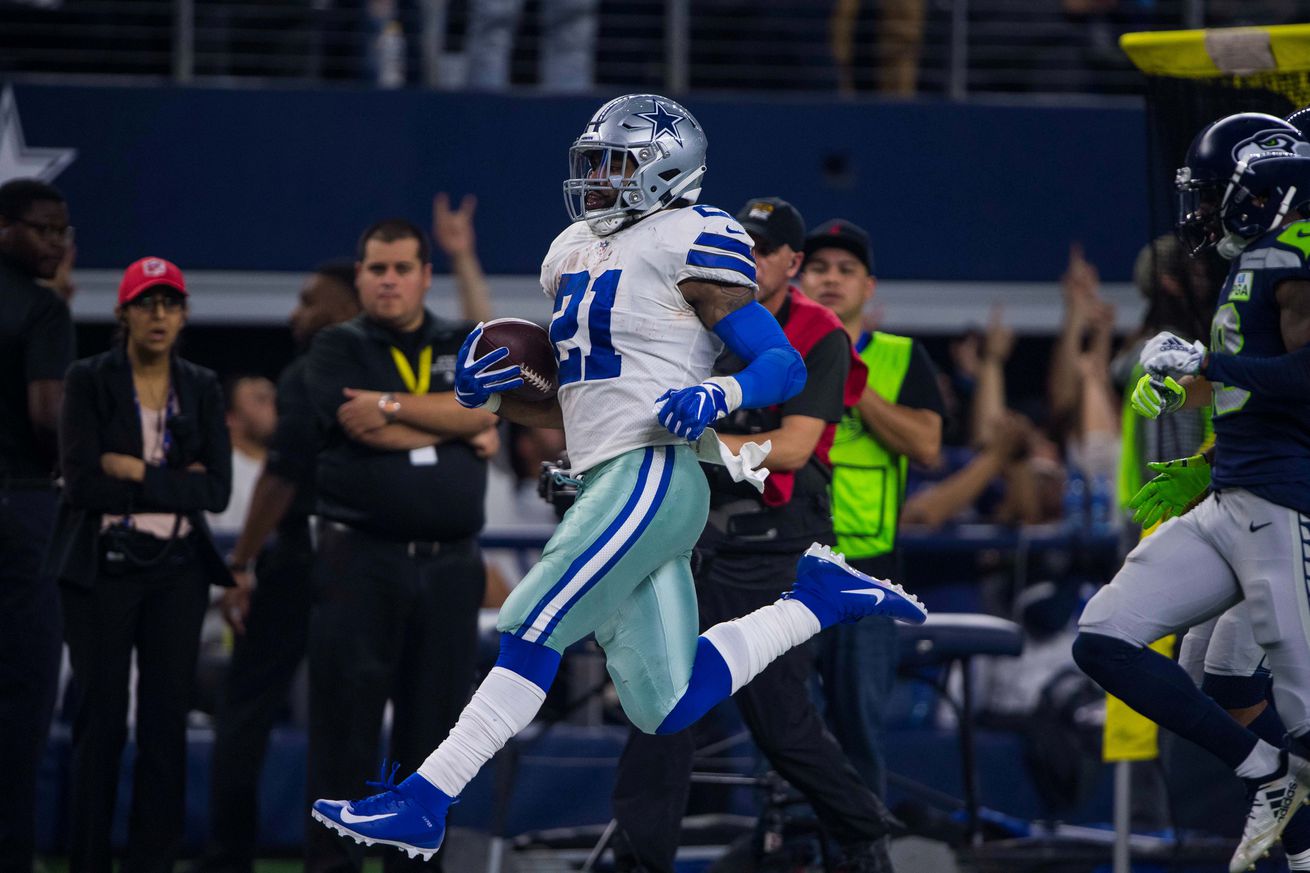 What will the Cowboys end up paying Ezekiel Elliott on a second contract?

There have been a lot of takes over the past few years as to the status of running backs and their position within today’s NFL.

Some people believe that running backs are a replaceable commodity. They’re easily found in the later rounds of the draft and deep money shouldn’t be spent on them. There’s logic and data to support that.

Things took a turn for the position four years ago when we saw two go in the first round in Todd Gurley to the Rams and Melvin Gordon to the Chargers. A year later Ezekiel Elliott ended up with the Cowboys (that’s us!), and in 2017 the Jacksonville Jaguars took Leonard Fournette. Last year we even saw three ball-carriers taken in the opening round with Saquon Barkley (Giants), Rashaad Penny (Seahawks), and Sony Michel (Patriots).

Whether the running back is “back” is a debate for another day, but one thing that is for certain is that running back paychecks are back. Le’Veon Bell landed in free agency with the New York Jets (funny right, cause Jets ‘land’ ha!) and all of a sudden running backs are getting paid (relatively speaking).

It seems like it goes without saying, but it’s fair to assume that Ezekiel Elliott is going to command $15M per year. It was reported early this year that he wants a contract extension this offseason, perhaps the Cowboys extreme patience in free agency is partly due to the fact that they are planning on doing it. Who knows.

When Stephen Jones addressed the media at the NFL Combine he specifically said that the Cowboys had budgeted room for Zeke and that the conversation obviously starts with Todd Gurley. That conversation could happen pretty soon and it could be pretty expensive.