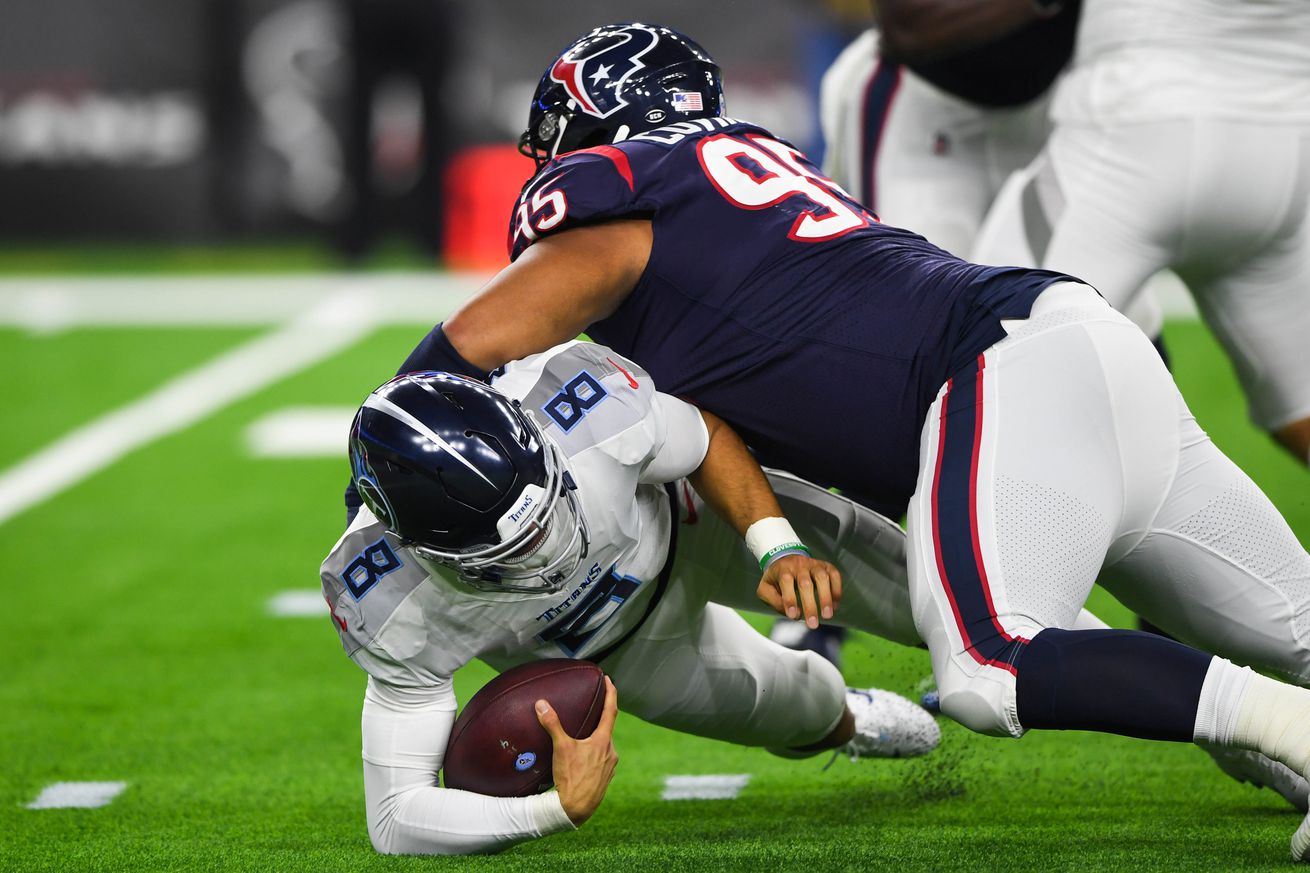 The Cowboys deal with Covington reveals an inexpensive deal with incentives.

Earlier today the Cowboys came to terms with defensive tackle Christian Convington. The former Houston Texan is being brought into to add depth to the middle of the line as a run-stopper and his 3.5 sacks last year show he’s improving in the pass rush department.

Todd Archer has the contract details:

For a guy with a pretty low profile, Covington had some supporters out there in the free agency rankings. Pro Football Focus had him as the ninth-ranked interior defender in an article posted at the start of February this year. They graded him at 73.4 last year which is in the above average category.

The former sixth rounder has only played 1,115 snaps over his four seasons, either due to strictly being a rotational piece or because of injuries.

Surrounded by the likes of J.J. Watt and Jadeveon Clowney, Covington had opportunities to take advantage of many one-on-ones, and he has demonstrated the ability to do in his relatively small sample size, earning a pass-rush productivity of 8.1 in 2018, 19th-best among defensive tackles in 2018. The 25-year-old could be a prime candidate for a breakout in 2019 with the right fit and opportunity.

Walter Football had him as their seventh-ranked free agent defensive tackle.

Christian Covington is one of the top run-stuffing defensive linemen in the NFL. His pass-rushing skills need work, but he won’t turn 26 until October, so he has plenty of time to develop moves to get to the quarterback.

The Sporting News had him eighth on their list.

The Cowboys are looking to strike gold with a moderately young guy who seems to be developing his skill-set and getting better. Here is Covington in action.

Here’s Christian Covington (No. 95), newest member of the Cowboys defensive line, getting one of his 3.5 sacks last season in Houston pic.twitter.com/OQTcm5SaB4