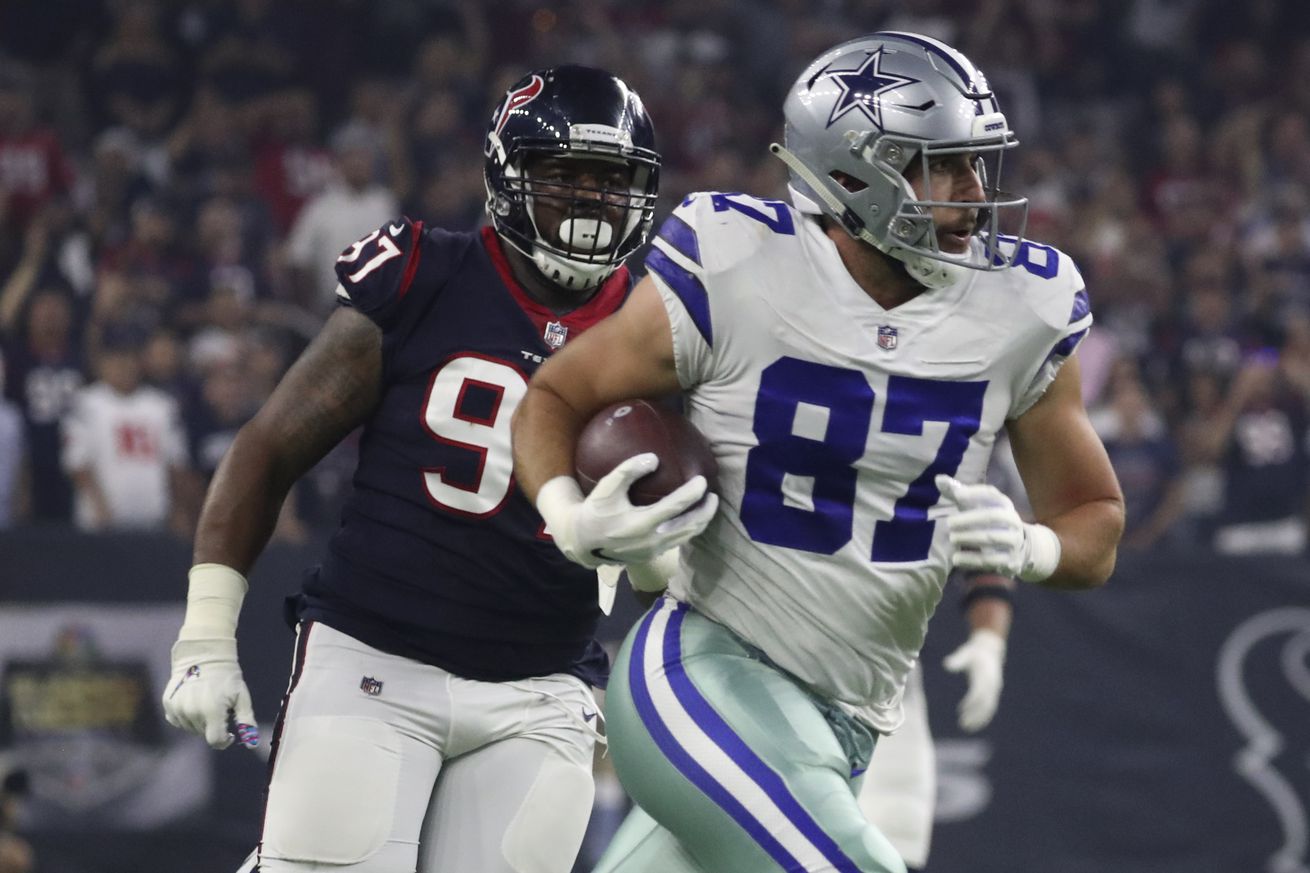 The former Cowboys tight end has a new home.

The Dallas Cowboys have lost another free agent, although it doesn’t look like they did much to keep him. Geoff Swaim is signing with the Jacksonville Jaguars. Once the Cowboys brought back Jason Witten from his brief retirement, the writing was on the wall.

Now that Jason WItten is back, the tight end room was very crowded with no room left for Swaim. Witten will be the backstop, but the Cowboys really hope to develop Blake Jarwin and Dalton Schultz for the future. Then they have to finally settle matter with Rico Gathers and they’ve added another “two-sport” tight end when they recently brought Codey McElroy on board. That’s a lot of bodies for the future, locking Swaim out.

Who knows what would have happened had Swaim not injured his wrist midway through the 2018 season that sent him to injured reserve. To that point he had 26 catches for 242 yards and a touchdown and was just starting to look comfortable as the lead tight end. Now, he’s starting over with a new team.