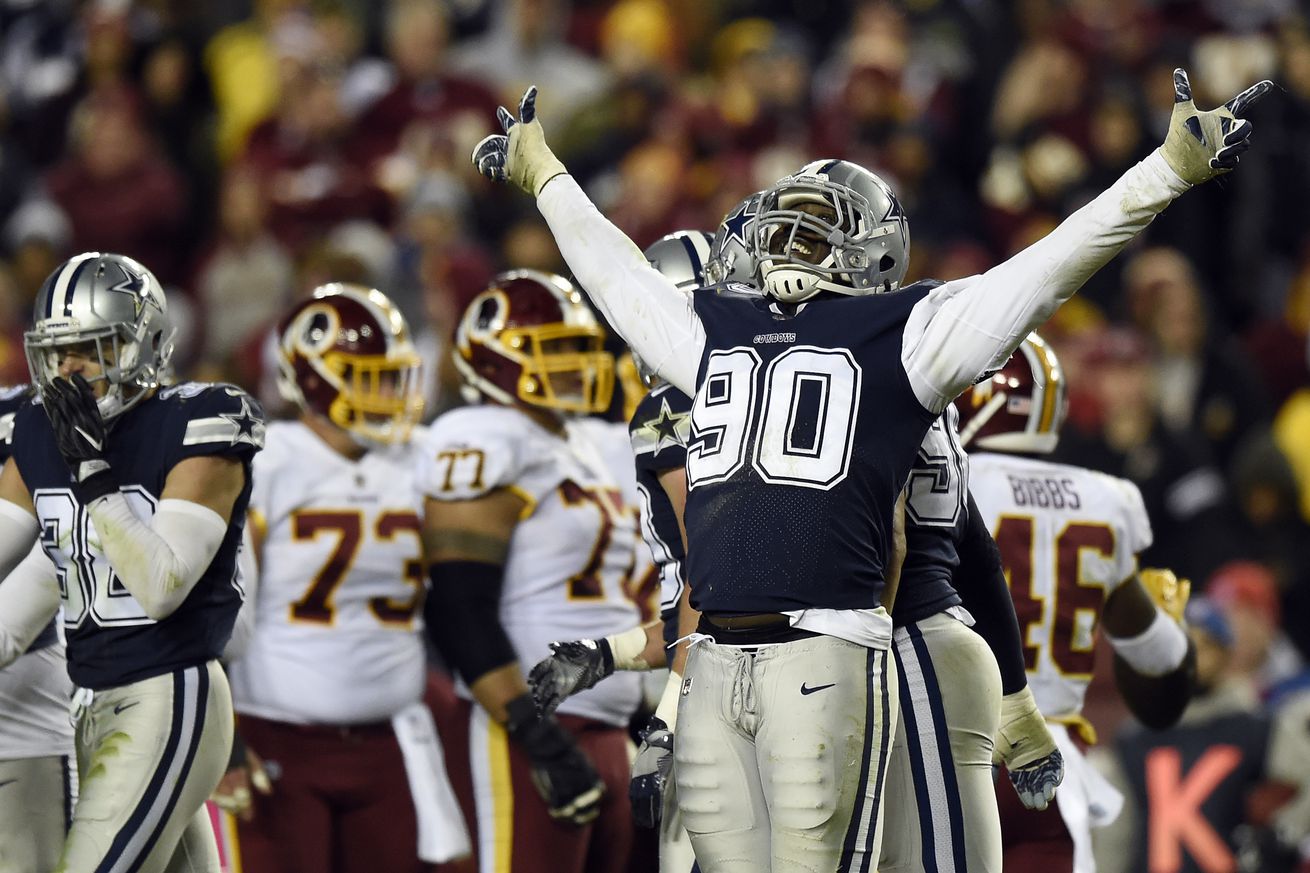 Maybe the frustration and animosity between DeMarcus Lawrence and the Cowboys is overblown.

It’s no secret that the Cowboys front office and representatives for DeMarcus Lawrence have been in a contract standoff over the last few weeks. It has been reported that Tank Lawrence has no interest in playing on the franchise tag for a second consecutive year, and according to multiple sources, threatened to hold off on shoulder surgery until he reaches a long-term deal with the Dallas Cowboys or another team.

With all the information that has come out on the contract negotiations, it was a bit surprising to hear that DeMarcus Lawrence was in fact at the start of captains workouts this week. This was reported by DallasCowboys.com’s own Bryan Broaddus. Broaddus told 105.3 The Fan on Friday that he saw Lawrence taking part in captains workouts and was in the building this week. Mike Fisher confirms:

The fact that DeMarcus Lawrence is in the building working out, while being in a standoff with the front office, goes to show the leadership, locker room presence, and attitude that Lawrence brings to the Cowboys defense. Even though Tank is showing up and beginning workouts, I wouldn’t assume that both parties are all find and dandy. As it stands on March 15th, the two parties have still not agreed to terms on a long-term deal, and still seem to be pretty far apart in contract negotiations. With the threat of shoulder surgery still out there, the Cowboys will want this to get done as soon as possible so Lawrence can participate in training camp and be ready for the start of the season.

With Randy Gregory possibly facing a suspension, David Irving out of the picture, and the lack of development from Taco Charlton, Lawrence is the only “sure thing” the Cowboys have at defensive end heading into the draft. Hopefully, this is a step in the right direction for both parties to get a long-term deal done sooner rather than later.