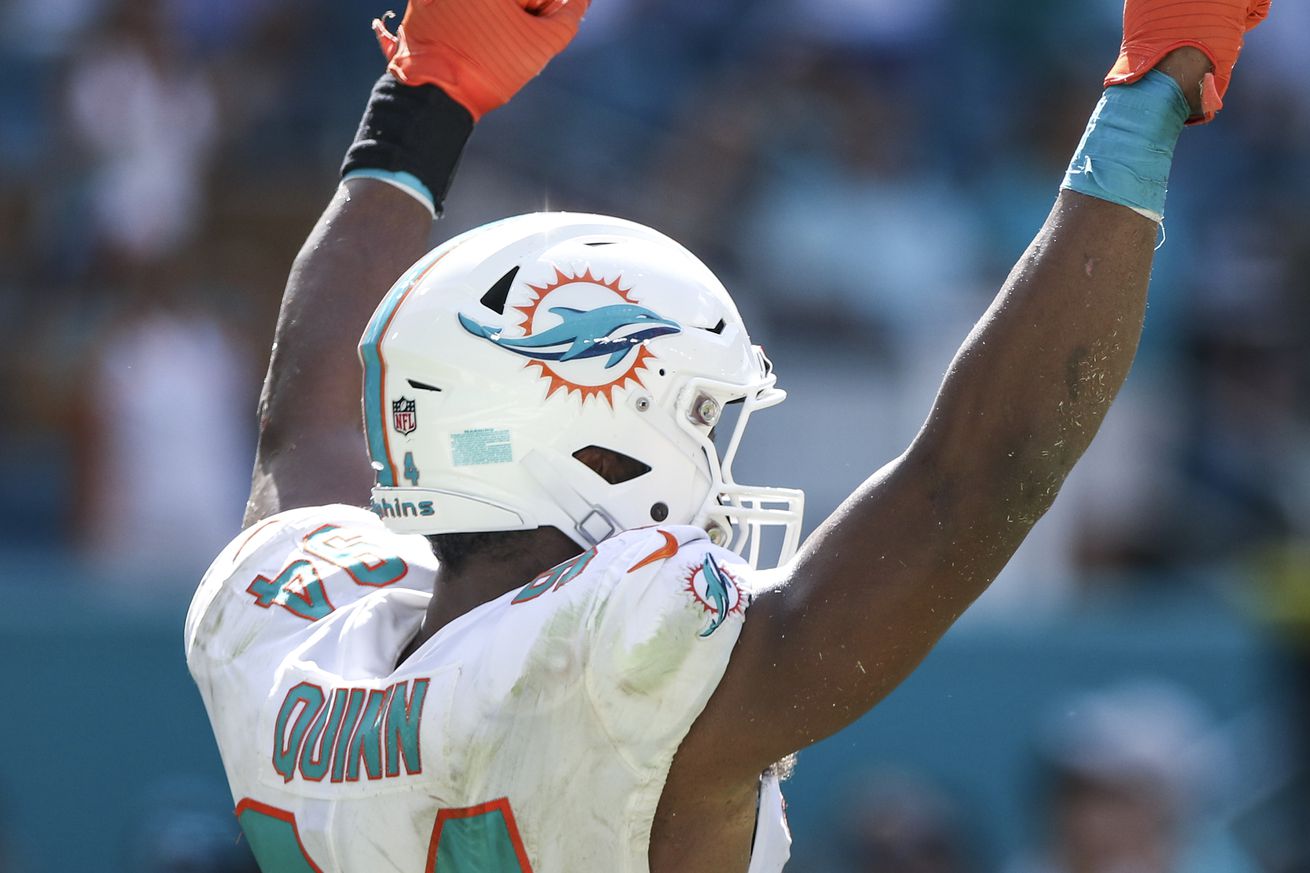 Why it makes sense to grab the veteran pass rusher.

The Dallas Cowboys are showing interest in Miami Dolphin’s pass rusher Robert Quinn. Will it happen? Do you want it to happen? Here are three things to keep in mind when considering whether or not the Cowboys should trade for the veteran pass rusher.

The Cowboys edge rushing situation is in limbo. DeMarcus Lawrence hasn’t been signed to a long-term deal and who knows when that is going to happen. Randy Gregory’s availability to the team is a little murky after his recent suspension. And 2017 first-round draft pick Taco Charlton hasn’t shown enough to be counted on to contribute significant snaps along the edge. Even team captain Tyrone Crawford has found trouble recently with his little incident at a bar.

Adding a player like Quinn would give the team a reliable pass rushing presence at right defensive end. Even if he wasn’t a part of the equation after the 2019 season, a veteran talent like Quinn would buy the team some time to sort out some of the question marks with these other guys.

Quinn had an All-Pro season in 2013 as he recorded 19 sacks! While he’s not the same player he was six years ago, at 29 years old – he’s still a good player. He had 6.5 sacks last season and he had 8.5 sacks the year before that. He was voted the 44th best player of the NFL Top 100 for 2015. His stats are a model of consistency as every year he’s getting sacks. Over his eight years in the league, he averaging 8.5 sacks.

While he had a stretch of elite play early on, what type of player is he now? Even at his floor, he would be a very nice complementary player on the other side of Lawrence.

Quinn signed a four-year, $57 million deal extension with the Rams that put him under contract through the 2019 season. It was back-loaded so his base salary is a little more costly during the last couple years of the deal. Last year he was traded to the Miami Dolphins for a fourth- and sixth-round pick.

He is due $11.8 million this season and it’s unclear just how much the Dolphins are willing to pick up for the 2019 season. Quinn is entering the last year of his deal so unless the Cowboys are already thinking “extension,” they could be looking at a one-year rental. Of course, maybe that’s what this deal comes down to.

There is a good vibe between #Cowboys #Dolphins & Robert Quinn. Prediction: if Dallas agrees to give Quinn an extension, this deal will get done. pic.twitter.com/LVGqGFf2xp

Should the Cowboys strike a deal?