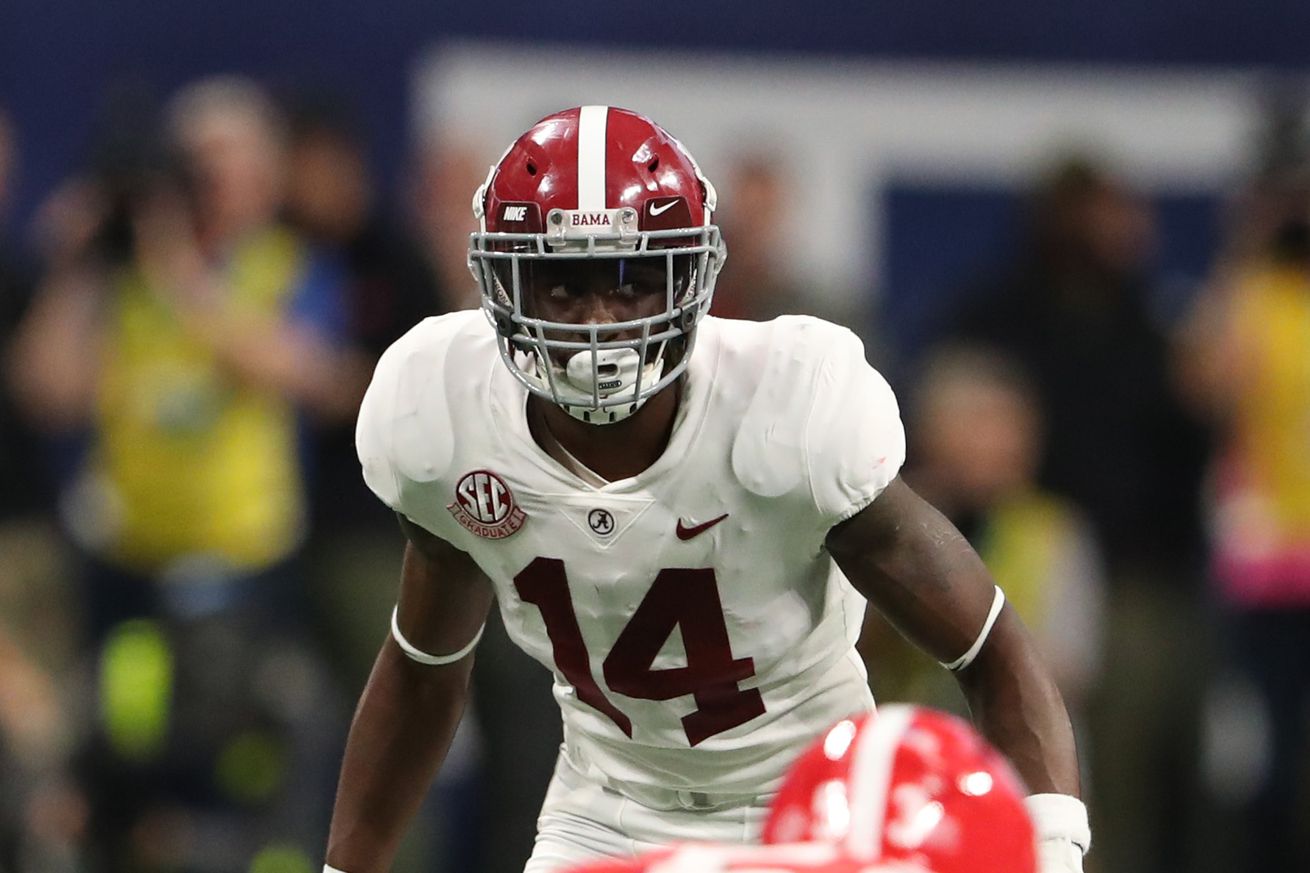 Does the landscape of the upcoming draft set the Cowboys up to draft a player at a position of need?

Can you believe that seven out of the Cowboys last nine first-round picks have been All-Pro’s? The only two exceptions are Morris Claiborne (2012) and Taco Charlton (2017). Can you also believe that of those seven All-Pro’s, six of them have earned that honor before their rookie contract expired? All six of those players are still on the team as Dez Bryant was the only late bloomer from the group. The Cowboys remarkable success is one of the reasons it was tough for many fans to warm up to the Amari Cooper trade. Of course, we’re all pretty warm now.

The Cowboys chances to land an elite talent in the upcoming draft is going to be a whole lot harder since their first selection isn’t until pick 58. While many of the stars of this draft will be plucked off the board, there is one thing about this upcoming draft that could work in their favor – the talent bubbles of the starting caliber safeties.

If a team has a top 20 pick and they are looking for a star defensive lineman – congrats, there’s a great chance they’ll get a good one. The talent is top-loaded with great edge rushers and interior defenders that it wouldn’t surprise me if almost half of the top 20 players taken in the draft were defensive linemen. One fallout of this is that the top safeties from this draft aren’t likely to start coming off the board until late in the first round. There are about five safeties (Nasir Adderly, Johnathan Abram, Tyler Rapp, Chauncey Gardner-Johnson, and Deionte Thompson) that should go somewhere in between picks 20 and 50. And it’s always possible one of these guys slips as far as 60.

Of course, even if one of these guys fall that far, there’s no guarantee that he’d be the Cowboys pick. That player would also have to compete with any other high-rated player that has fallen. Someone the team is excited about will be available when they’re on the clock. It always happens. Maybe one of the good defensive linemen are still lingering or a top-tier tight end like Irv Smith Jr. unexpectedly is available. Who knows?

Even if the Cowboys don’t pull the trigger on a safety with their second-round pick, they still have a good shot to get one on the swing around. The team could still have a shot at players like Juan Thornhill, Amani Hooker, and Darnell Savage at 90. There are a lot of talented wide receivers and cornerbacks that will come off the board in this area of the draft, so it’s not inconceivable for one of the starting caliber safeties to be there for the Cowboys in the third round. It may seem improbable that some of these higher rated safeties last that long, but we made this same type of claim last year about wide receivers and it turned out to be correct.

“Wouldn’t a player like Michael Gallup be a gift if they slid all the way to pick 81?”

The team should have a pretty good feel for the landscape of the talent distribution in the draft. These bubbles of talent at the safety position could offer the Cowboys a good opportunity to upgrade the position. The team isn’t going to reach, but it might line up perfectly to get one of the good safeties in this draft.

The Cowboys haven’t done anything in free agency to address the safety position. They didn’t seem to make a big play for Earl Thomas and despite this year’s free agent crop of safeties being plentiful – Dallas continues to lay low. Maybe their patience comes from the opportunities they believe they’ll have in the upcoming draft? Many of us were shocked when almost all their defensive backs left via free agency in 2017, but the front office didn’t blink. Instead, they selected four defensive backs in the draft that year. Two of them are starters – Chidobe Awuzie (second round) and Xavier Woods (sixth round). And Jourdan Lewis (third round) remains a solid depth guy. They knew what was going to be available in the draft.

The Cowboys must have a plan when it comes to the safety position. If they’re not going to improve the group in free agency, then it’s going to have to come from the draft. Something’s gotta give.

In 16 seasons since Roy Williams, the Cowboys have spent just one pick in the top 125 picks each year on the safety position (#80 JJ Wilcox), also, they haven’t spent significant resources for a veteran. In the last decade, the Cowboys are 26th in takeaways.