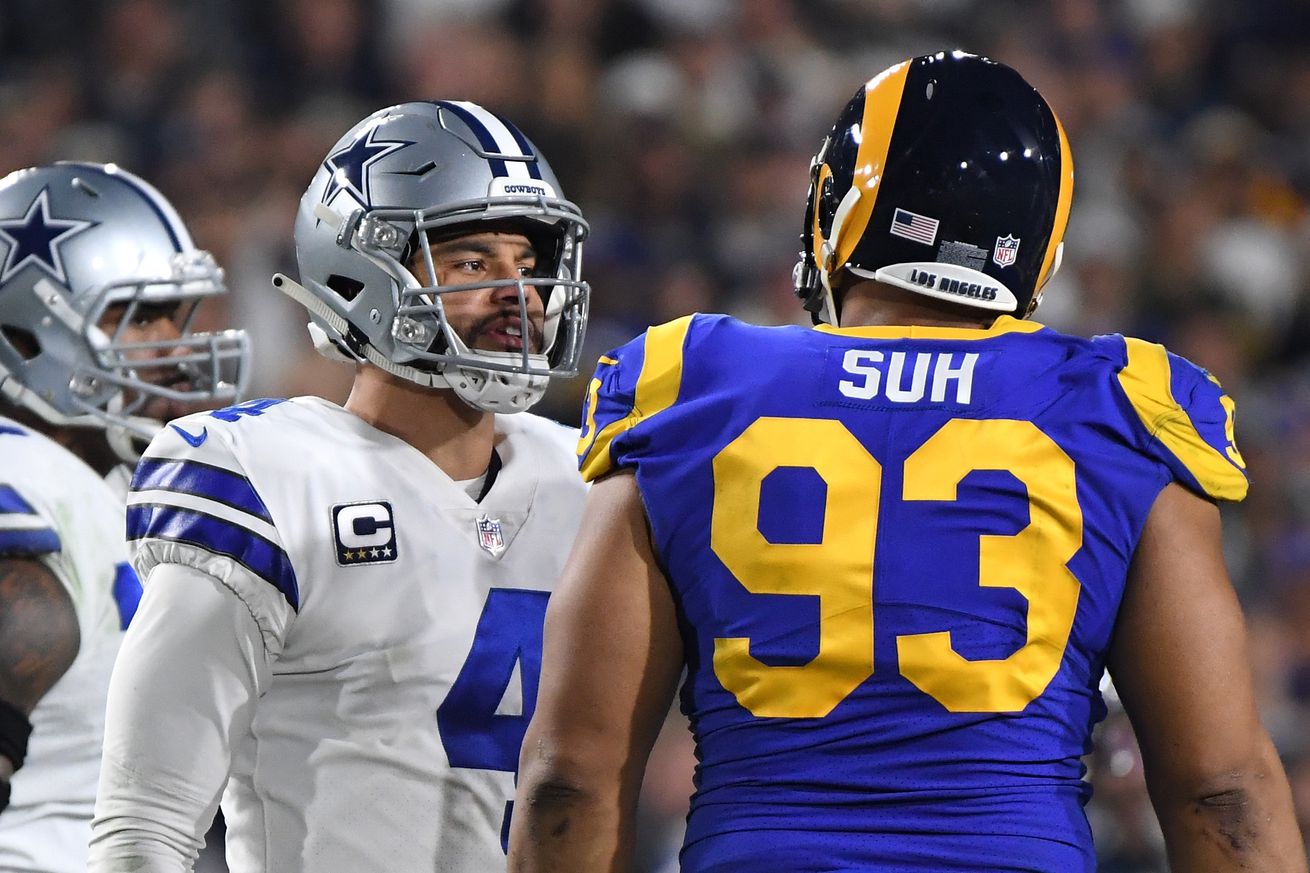 If you could add one player, who would you choose?

The second week of free agency is coming to a close and the Dallas Cowboys still haven’t splashed around too much. They did find a nice replacement for Cole Beasley with the signing of Randell Cobb. Philadelphia Eagles fans will try to tell you the Cobb signing is a big ol’ nothingburger and that’s he’s not a game changer. Maybe they’re right. After all, they no all about veteran wide receivers who aren’t game changers. Mike Wallace signed a deal with them last season for $4 million. He got hurt and did nothing for them. The Cowboys got Cobb for $5 million and I don’t know about you, but he’s sure seems like a game changer to me.

I love Cole Beasley, but he was never a threat to take it to the house. The Cowboys now have three receivers that are dangerous in space. In just last season alone…

Amari Cooper had a 90 yard TD
Randall Cobb had a 75 yard TD
Tavon Austin had a 64 yard TD https://t.co/zSmBCLPBY4

The Cobb signing is solid. When you partner him with Amari Cooper and Michael Gallup, that’s a pretty good arsenal of weapons. And let’s not forget that Allen Hurns and Tavon Austin round out the depth chart. That’s a fearsome five.

The Cowboys will continue to add pieces this offseason. With no first-round pick in the upcoming draft, the team will need to use pick 58 and 90 wisely as those selections will be their best chance to land a starting-caliber player. Of course, free agency isn’t over, there could be more signings on the horizon. The Cowboys may also put on their fancy pants and make a trade to acquire a player that can help the team, like say for example, if I’m just pulling out of thin air… Robert Quinn?

What if the Cowboys made a push for a real difference maker, who would you want it to be? Recently, we polled the fans on twitter asked them this question:

Here are some of the responses…

The veteran All-Pro defensive tackle was a free agent last season and was signed to a one-year, $14 million deal with the Los Angeles Rams. Suh is a disruptive player and even though he’s 32 years old, he’s still a dominant force in the middle. He’s an extremely reliable fixture on the interior defensive line as he’s started in 142 of the 144 possible games of his career. While he’s had three seasons with 8+ sacks early in his career, he’ll still give you about five sacks. That’s good from the defensive tackle position. He had 48 pressures last season.

The Cowboys still need help in the interior of their defensive line. There is some good young talent in the draft, but renting Suh’s services as a short-term solution would certainly give them a huge boost in the middle.

The Cowboys have already met with the veteran safety and he’s on their radar, but who knows just how serious they are about him. There are definitely some injury concerns that come with Berry as he’s missed all but three games over the last two seasons. Of course, when he’s healthy – he’s very good. In his last healthy season (2016), he racked up 77 tackles and had four interceptions, returning two of them for touchdowns. The big question is – which Berry would they be getting?

Money is also going to be an issue. If he’s looking for a big contract, consider the Cowboys out of the mix. However, if he’s willing to accept a short-term “prove it” deal, he could be the right type of signing to shore up the safety position.

The Cowboys have already demonstrated that they’re okay standing pat at safety. They believe in what they have and the young Xavier Woods continues to hold up pretty well, but they can always get better. Adding Berry would make them better.

The Miami Dolphins are having buyers remorse from when they traded for Quinn a year ago. It didn’t take much draft capital to get him as Quinn only had two years left on his deal and the Dolphins were willing to take on his cap hit. Now, he’s only got one year left and Miami is in rebuilding mode. The cost to pull him away from the Dolphins is projected to be a 2020 fourth-round draft pick. That’s cheap.

The bigger issue could be how much of his 2019 cost the Dolphins are willing to pay to reduce the Cowboys portion of the cost. There’s also the prospect of him working an extension into the agreement. Having DeMarcus Lawrence and Quinn on the edges would help strengthen the team’s pass rush. This type of move could set the team up nicely for a deep playoff run.

Which player should the Cowboys pursue? Keep in mind, they each come with a different price so this isn’t just a straight-across question. If you have another player in mind, vote other and then hit the comments and tell us who the Cowboys should sign.