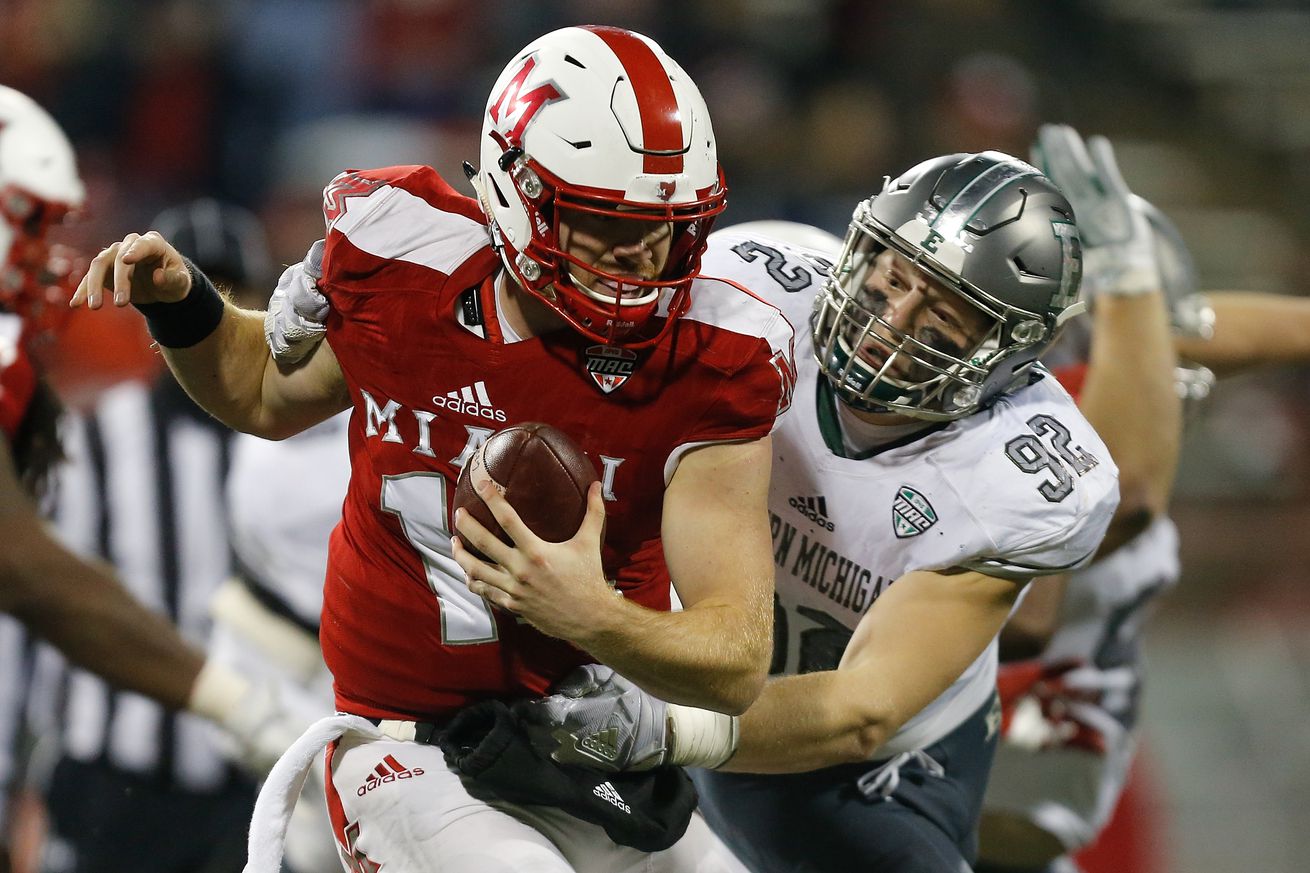 Maxx Crosby possesses ideal size and length to play as a right side defensive end in Rod Marinelli’s scheme. At 6’5”, 255-lbs, Crosby plays with great speed and athleticism off the edge. Crosby changes directions with ease when playing the run, and mirroring quarterback movements when in the backfield. He possesses a good first-step burst, allowing Crosby to win off the snap with speed, but also has the length to use a long-arm, two-hand swipe when needed to win with technique. Flexible rusher when asked to bend and dip for a 6’5” pass rusher. Three-cone time (6.89) confirmed his lower body flexibility. Versatility as a defender is something the Cowboys’ defensive coaches will love out of Crosby. Can play with his hand up or down, and even had success in coverage at Eastern Michigan. Though he’s not one of the strongest EDGE’s in this class, Crosby showed the ability to win at the point of attack when playing the run, and working laterally down the line of scrimmage. Crosby can win with power when rushing with an inside move, and showed flashes of converting his speed-to-power with success. High motor guy that plays through the echo of the whistle.

Upper and lower body strength need improvement before he can be a consistent three-down lineman in the NFL. Needs to add mass without losing athletic ability, which can be tough for longer/taller EDGE’s. Can fire too high out of stance which results in bad pad level and inability to use his length. Needs to continue to develop his instincts as a lineman when reading options in the backfield. Though Crosby does have a variety of ways to win, when his first move fails he often struggles to generate a consistent counter. Can improve on his plan as a rusher when setting up offensive tackles.

Maxx Crosby is an interesting mid-round option for the Dallas Cowboys. Needing help along the defensive line, Crosby would be a day one contributor at right side defensive end due to his ability to rush the passer. While Crosby has a bit of developing to do before he’s a everyday three-down player in the NFL, Crosby can still work as a nickel rusher in Marinelli’s defense. Great work ethic, football attitude, and mentality that will make coaches and front office officials fall in love with the 6’5” edge rusher. While adding strength is something he will need to do, Crosby can still be a valuable piece to the Cowboys young defensive line.