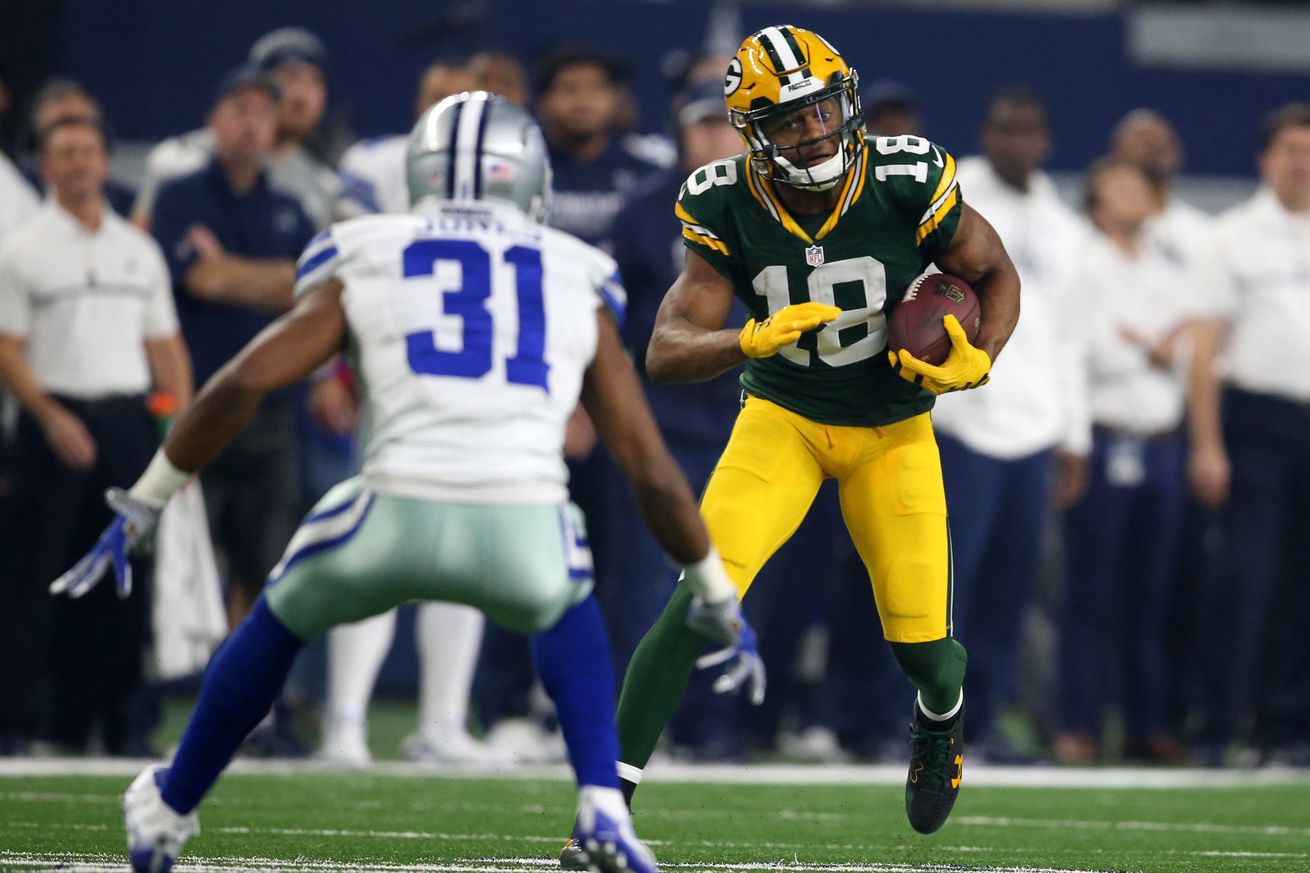 What do the signings of Randall Cobb and George Iloka mean for the Cowboys and the draft?

Free agency is a way for NFL teams to fill holes throughout its roster with veterans and players that may have not fit in other systems. This allows franchises to upgrade at certain spots and add a stop-gap at others.

Dallas has been active lately in free agency following a quiet period during the first wave. Three of the Cowboys’ most prominent needs included wide receiver (Dallas signed Randall Cobb to a one-year deal), defensive line (the Cowboys added two defensive linemen this month), and safety (America’s Team missed on their top guy, but still inked a solid defender).

How did each of those moves impact Dallas’ draft strategy?

The Dallas Cowboys made the move for Amari Cooper, but there is no reason for the team to stop adding talent at the position for Dak Prescott and Kellen Moore to work with. Michael Gallup looks to be a promising player, but Cole Beasley departed to play in Buffalo with the Bills. Beasley was obviously one of Prescott’s favorite target during their time together, so it will be crucial for the Cowboys to add another for weapon for its quarterback.

Dallas took a step in that direction last week, inking a deal with long-time Packers target Randall Cobb, who had been a favorite of Aaron Rodgers. While Cobb has been banged up, the former Kentucky Wildcats star is still capable of making big plays. Cobb took this play to the house in week one of last season:

A group of Cooper–Gallup-Cobb is a pretty nice trio for Prescott work worth. The Cowboys also re-signed Tavon Austin, brought back Jason Witten, and are expecting Allen Hurns to be ready to go for the season.

Will the addition of Cobb prevent the Cowboys from taking a wide receiver on day-two with picks 58 or 90? Maybe, but maybe not. Jerry and Stephen Jones want to give Dak Prescott every chance he can get to be successful in the NFL.

At the end of the day, the acquisition of Cobb probably means the Cowboys will be looking elsewhere on the second day of the draft, but it would be tough to pass on a talent like Deebo Samuel if he is still on the board when the team comes onto the clock.

The defensive line in Dallas was a strong point of the team last season, but there is some uncertainty surrounding Rod Marinelli’s group at the moment. DeMarcus Lawrence has not had his shoulder surgery, David Irving — he was unlikely to return anyways — announced his retirement on Instagram Live, and Randy Gregory is facing another suspension.

Taco Charlton has not progressed much and the Cowboys need someone to step up as a pass-rusher. Dallas inked both Christian Covington and Kerry Hyder to help out the defensive tackle rotation, but EDGE is still a need. The front office has reportedly been after pass-rusher Robert Quinn but nothing has occurred as of now.

It is no secret of how deep and talented this EDGE class is in the NFL Draft. You have your headliners such as Nick Bosa, Brian Burns, and Montez Sweat, but players such as Charles Omenihu out of Texas, Chase Winovich from Michigan, and Florida’s Jachai Polite could be there for the taking in the second-round.

The safety position has been a hot topic among Cowboys fans for quite some time. Many were hoping that Dallas would add Texas native Earl Thomas to its secondary this offseason; however, Thomas will be playing in the DMV.

The Cowboys were able to grab one though in free agency: former Bengals and Vikings defensive back George Iloka. Additionally, the team has met with Eric Berry, though that is far from a sure thing of happening. Nonetheless, Iloka gives the Cowboys another body in the secondary, potentially fitting in nicely with Xavier Woods.

How does this impact the draft? Well, the Cowboys have been doing their homework on this year’s safety crop, having pre-draft visits with two of the top prospects at the position this year: Mississippi State’s Johnathan Abram and Washington’s Taylor Rapp.

There is a good chance that both Abram and Rapp are off the board by the end of the first-round, but it is a good sign that the Cowboys are showing interest. Other safeties that the Dallas Cowboys can have a chance at in the draft include Iowa’s Armani Watts, Virginia’s Juan Thornhill, and Maryland’s Darnell Savage.

One thing is for sure: adding a piece next to Xavier Woods for Kris Richard to work his magic with is crucial for the success of this defense.