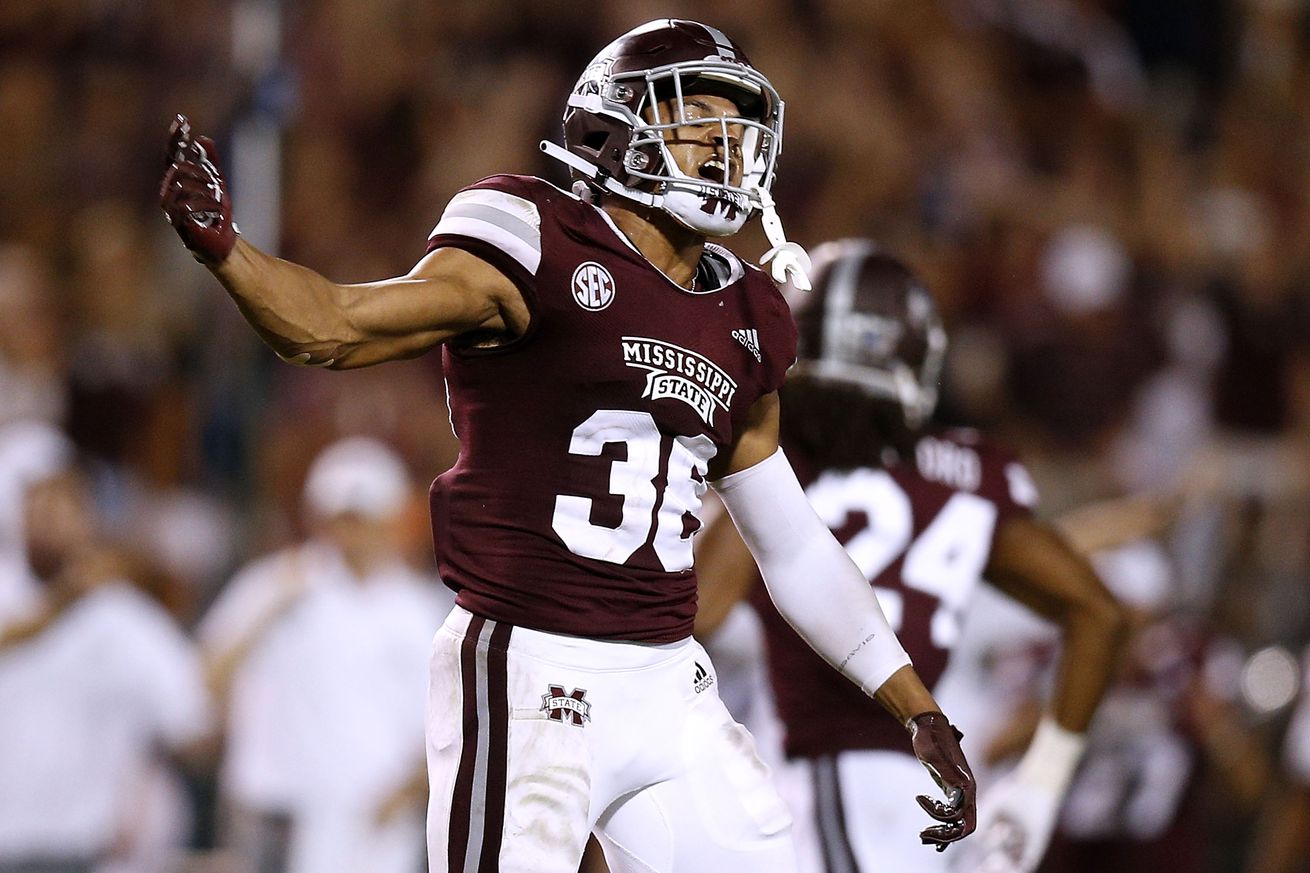 The draft season is hitting full-swing and the Cowboys are looking at safeties.

A little birdie told BTB that the Dallas Cowboys had scouts at Mississippi State’s Pro Day on Wednesday.

This isn’t shocking by any means, it is draft season after all. The Cowboys are rightfully doing their due diligence on prospects from a lot of schools, and MSU has a handful worthy of attention.

One of the bigger names associated with the Bulldogs is safety Johnathan Abram. Dallas happens to have a need at safety, they did sign George Iloka but you get the point, and it feels like we’ve said this sentence for 100 years straight.

It’s possible that Abram could be the heir at safety for the Cowboys with Iloka serving as the bridge to him ascending to the throne. For what it’s worth, Abram not only has an official visit lined up with the Cowboys… he is going to have dinner with Jerry Jones himself.

Johnathan Abram told me he leaves tomorrow for his own visit tour: #Jets, #Chargers, #Bucs, #Cowboys (including dinner with Jerry Jones), #Cardinals and #Rams. pic.twitter.com/xjuw9fT7dW

We shouldn’t read a lot into this, but that being said, this is a big deal. Jerry Jones isn’t wasting his time going to dinner with just any draft prospect and the fact that Dallas needs a safety certainly makes you scratch your chin all the more.

Our own David Howman recently wrote about Abram here at BTB, there’s an awful lot to like.

In many ways, Abram fits the mold of the classic box safety. The further you place him away from the line of scrimmage, the more you open yourself up to getting beat deep because of him. However, when Abram is in the box he’s a heat-seeking missile who can, and most likely will, disrupt the play. His tenacity makes him appealing, but there are some concerns with his overall ability.

If Abram were available in the third round, he’d be a no-brainer based on value. However, Abram seems likely to be a second-round pick and could even go higher than the Cowboys’ pick at 58. If Dallas pulls the trigger on him, they’ll need to scheme around his deficiencies while he develops his skills in pass coverage. Still, he’d be a force of nature against the run, something this defense was sorely lacking against the Rams and CJ Anderson.

What do you think he and Jerry Jones will talk about at dinner?