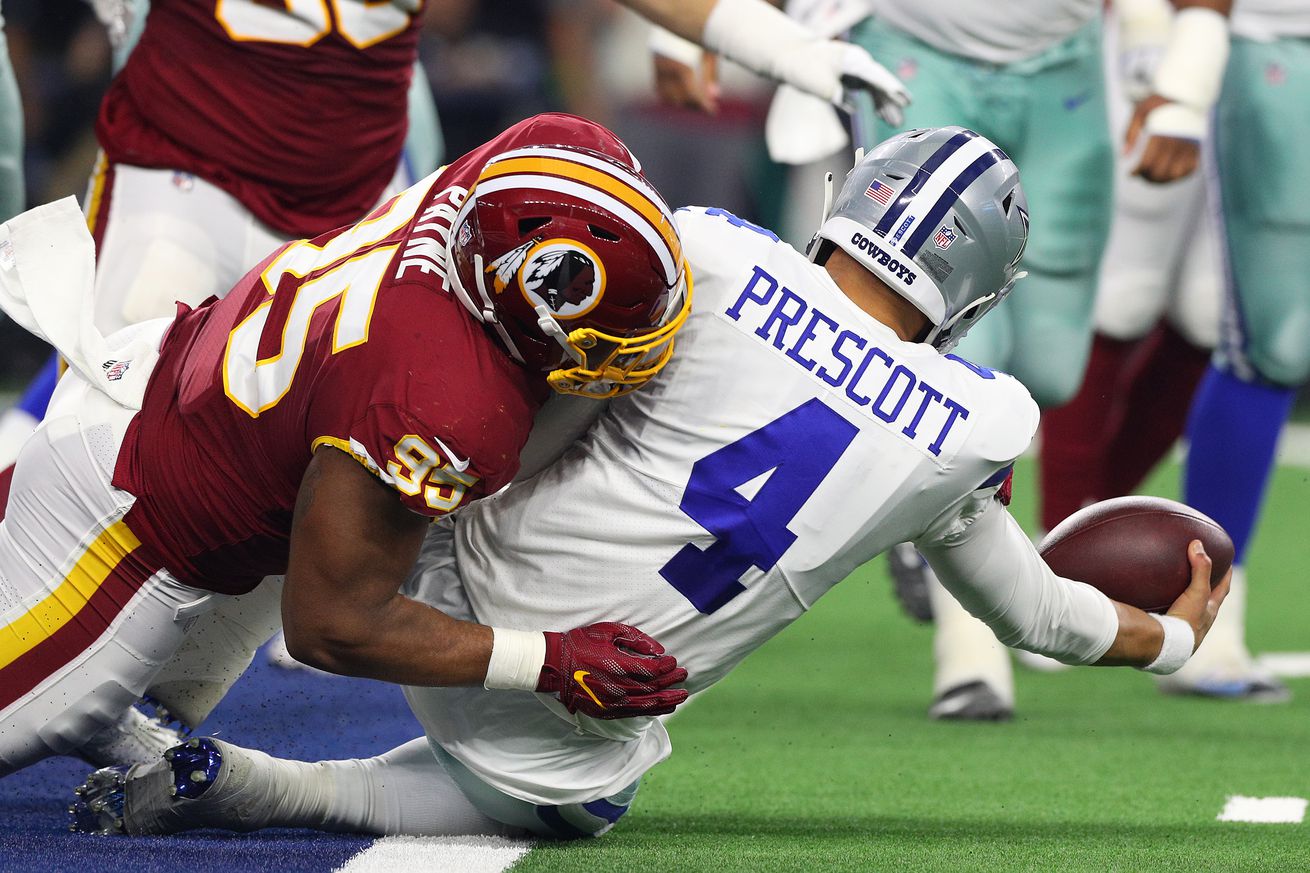 NFL Draft season is upon us and less than a month from now we’ll have a few new members of the Dallas Cowboys.

Last season’s draft class was quite special as it brought us Leighton Vander Esch (beast), Connor Williams (the future is bright), and Michael Gallup (the hive is strong). The group was certainly headlined by the first-rounder as “The Wolf Hunter” took the NFL by storm.

Where would Leighton go if people knew what they did now, though? He certainly wouldn’t have lasted to the 19th overall pick that the Cowboys had. If he had indeed been gone, who would they have selected in his place? Our friends at SB Nation did a 2018 Draft re-do and Leighton is almost a top 10 pick.

The Dolphins need low-cost help pretty much everywhere. Re-drafting Fitzpatrick would be a hit, but so would Vander Esch. The current Cowboy would provide a valuable defensive anchor and Luke Kuechly-esque presence to help speed up the 2019 teardown new head coach Brian Flores is facing.

Imagining LVE wearing the aqua and orange as opposed to the blue and silver isn’t exactly a whole lot of fun, thankfully things broke the way they did and the Cowboys landed their star linebacker of the future. If he had indeed been gone though they would have had to have scrambled and you might remember that defensive tackle was (and remains) a huge need at the time.

There were a lot of people that wanted Vita Vea, but the re-draft has Dallas selecting a different one… Alabama’s Daron Payne.

With Vander Esch gone and the rest of the top tier of linebacker help since snapped up, the Cowboys instead address their needs in the trenches by adding Payne. The 319-pound Alabama product was a stout presence in the middle of the line for Washington, playing well against the run and adding some interior pass rushing with five sacks and eight QB hits as a rookie.

Payne went to the Washington Redskins in the real draft, but SB Nation has them taking a quarterback who they’ve been linked to this year instead… Josh Rosen. The NFC East would certainly look very different if Washington had an answer at QB and the Cowboys had no one to hunt wolves.