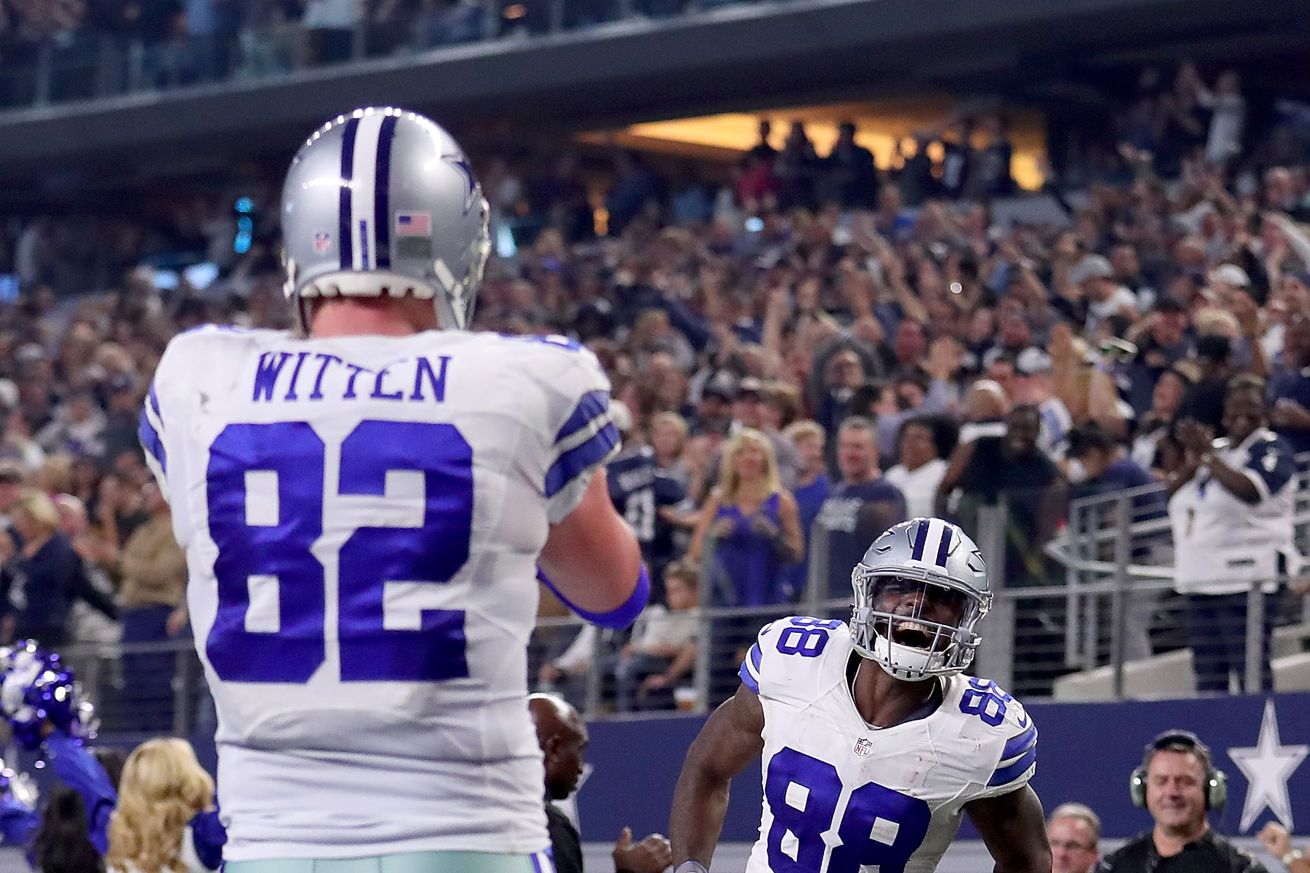 Jason Witten could accomplish something great this year in his return to the Cowboys.

Back on a Thursday night in November of 2017, a very important Dallas Cowboys record was set. With a score against the Washington Redskins, Dez Bryant become the franchise’s all-time leader in receiving touchdowns. He has 73 to his name.

We’ll see what becomes of the rest of Bryant’s career, but it obviously won’t be with the Dallas Cowboys as he was released last offseason. 2018 was an emotional time for Cowboys fans as we had to say goodbye to not only Bryant, but Jason Witten who retired. Fast forward one year and Witten’s back as he emerged from the Monday Night Football booth to resume tight end duties for America’s Team.

Interestingly, Witten isn’t too far behind Dez on the team’s all-time receiving touchdowns list. As pointed out to me on Twitter by Colin Lounsbury, Witten could actually surpass Dez if things go a certain way in 2019.

Witten put together 68 touchdowns during 15 seasons and some quick math will tell you that’s an average of 4.5 per year. This basically means that we’re going to come awfully close to him passing Bryant in 2019, about as close as we effectively can.

Witten obviously needs five touchdowns to tie for the franchise’s all-time leader and while it certainly doesn’t feel that way in hindsight, he had five scores during his last season played two years ago. He’s actually had five touchdowns in two of his most recent four seasons (2014 the other).

The Cowboys put together a video to commemorate Witten’s career when he returned as a broadcaster last November. Hopefully they saved a bunch of highlights because soon enough they might have to have a highlight package to celebrate him as the team’s all-time leader in receiving touchdowns. The count is on. He has five to go for a tie, six to be on his own.