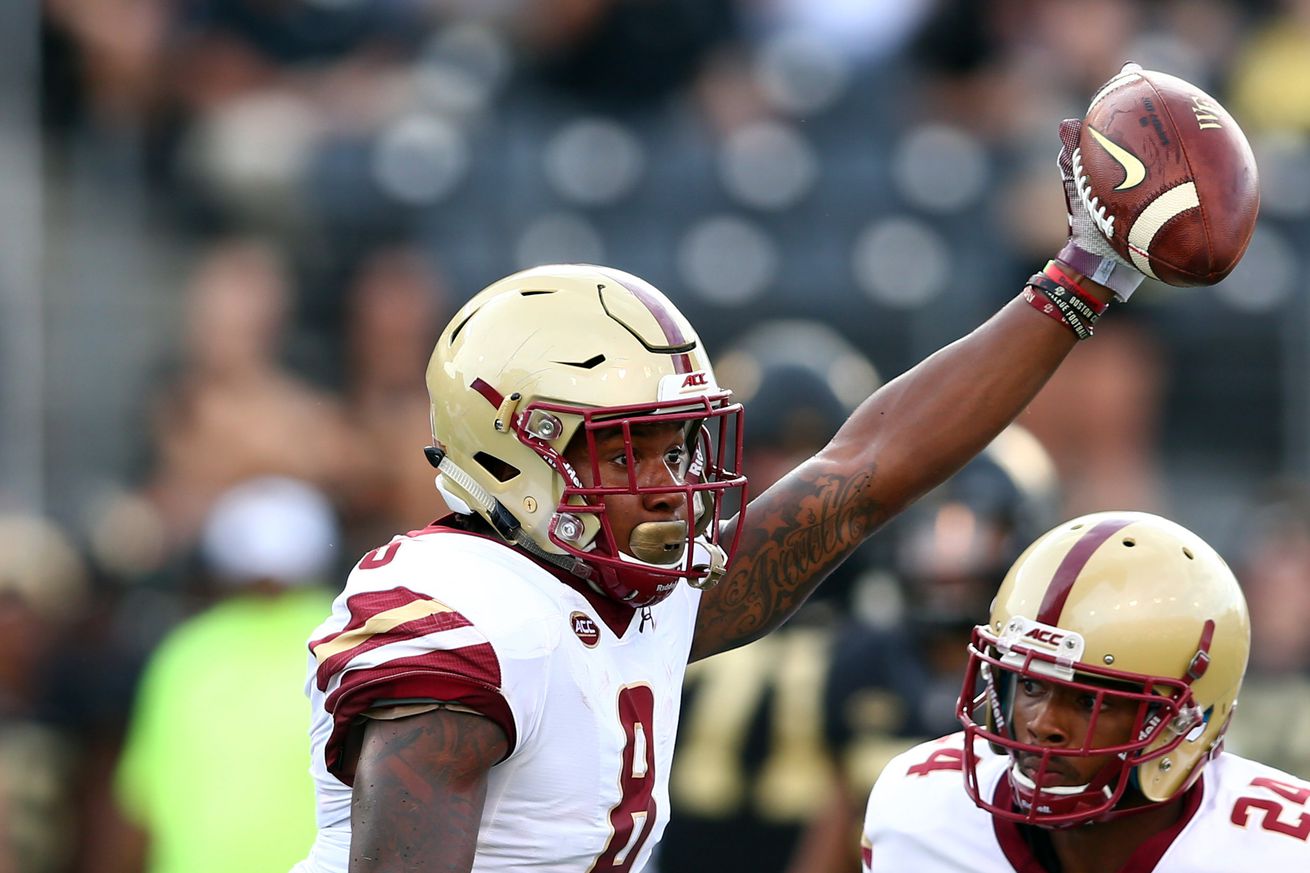 What kind of talent can the Cowboys find later in the draft?

We are only a few weeks away from the 2019 NFL Draft. The Dallas Cowboys do not have a first-round pick so the team is really going to have to come through in later rounds to find talent if they want a good draft haul. The team should be able to grab a couple good players with picks 58 and 90 on Day 2 of the draft, but the front office is also going to have to dig deep to find some quality players on Day 3. In recent years they’ve been able to land key players like Xavier Woods, Anthony Brown, and Anthony Hitchens. They even found their new franchise quarterback Dak Prescott on Day 3.

What kind of quality will they be able to find this year? Here are three under-the-radar guys who could be nice pick-ups on the third day of the draft.

If the stars align perfectly, the Cowboys will land one of the top safeties in this draft class. Taylor Rapp (Washington), Chauncy Gardner-Johnson (Florida), Johnathan Abram (Mississippi State), and Juan Thornhill (Virginia) all have official pre-draft visits with the team and they are all projected to be drafted somewhere in the vicinity of where the Cowboys pick in the second round. It would be super fantastic if one of them made it to the Cowboys at 58.

Boston College safety Will Harris is also a pre-draft visitor. He doesn’t have the overall skill set these other safeties have, but he does offer up some intriguing traits that will be an asset to the Cowboys defense. At 6’2” and 210 pounds, he’s got good size to him, but he also has some speed. It takes him a bit to get going, but his 4.4 speed helps him cover a lot of ground. He’s a physical player who is strong against the run. Harris does get caught over-pursuing at times and his change of direction/recovery is why he’ll slide, but he’s going to offer a team a nice assortment of tools at the safety position.

Jeff Heath and Kavon Frazier only have one more year left on their contract and recently signed George Iloka is only signed through the 2019 season. It would be great to find an immediate starter who could step in right away, but Harris would at least give the team some solid depth at a bargain draft price.

There are a couple defensive tackles (Dexter Lawrence and Jerry Tillery) that would be steals at 58 if they were available, but judging by the Cowboys pre-draft visitors – they could be making other plans. The team appears to be targeting Day 3 of the draft to go after defensive tackles as Gerald Willis (Miami), Kingsley Keke (Texas A&M), and Trystin Hill (Central Florida) all have official visits.

Another defensive tackle in that area of the draft is Daniel Wise from Kansas. While Wise isn’t an official 30 visit, he did get an official invite to the Dallas-Day local workout. Wise has great get-off and attacks low, maintaining leverage against his blockers. He’s got good hands and is a solid pass rusher, which is what the team wants out of their defensive tackles. He can be overpowered at times as he struggles to disengage with offensive linemen, but this is an area that can be developed.

Maliek Collins and Antwaun Woods are both entering the last year of their contract. And recently signed Christian Covington is only in Dallas on a one-year deal. The Cowboys need defensive tackle help and adding this Jayhawk on Day 3 would be a wise move. They took a chance on a Kansas defensive lineman last draft when they got Dorance Armstrong in the fourth round. Could they grab another this year?

The Cowboys aren’t likely to spend any of their premium draft resources on an offensive lineman, but that doesn’t mean they shouldn’t go after one later in the draft if a high-upside prospect happens to be available. La’el Collins is on the last year of his contract and although swing-tackle Cameron Fleming was recently re-signed, it was only for two more seasons. The Cowboys have a little time to work with here and this affords them the luxury of taking a gamble on a development project.

One player who might be worth the wait is Alabama State’s Tytus Howard. At 6’5” and 322 pounds, Howard offers a lot of size but he moves very well. He recorded a 5.05 40-time at the combine, which is right up there with some of the top offensive linemen of the draft.

He has the athletic ability to roam around in a zone blocking scheme and possesses enough strength to hunker down in the trenches. And there is no shortage of effort with Howard as he plays hard through the whistle.

From a technical standpoint, he’s a giant mess. The length and pop he has with his hands is a waste because he’s late and just doesn’t know how to properly use them. As good as his feet are, he doesn’t position them square enough to sustain good balance. He’s still extremely raw, but the attributes he has should appeal to a team that isn’t looking for an immediate starter. This could make Howard an interesting candidate for the Cowboys on Day 3.

We know OT Tytus Howard has the feet to play tackle in the NFL, but it’s great to see this type of physicality from him. #SeniorBowl pic.twitter.com/IXkmVCVVpy