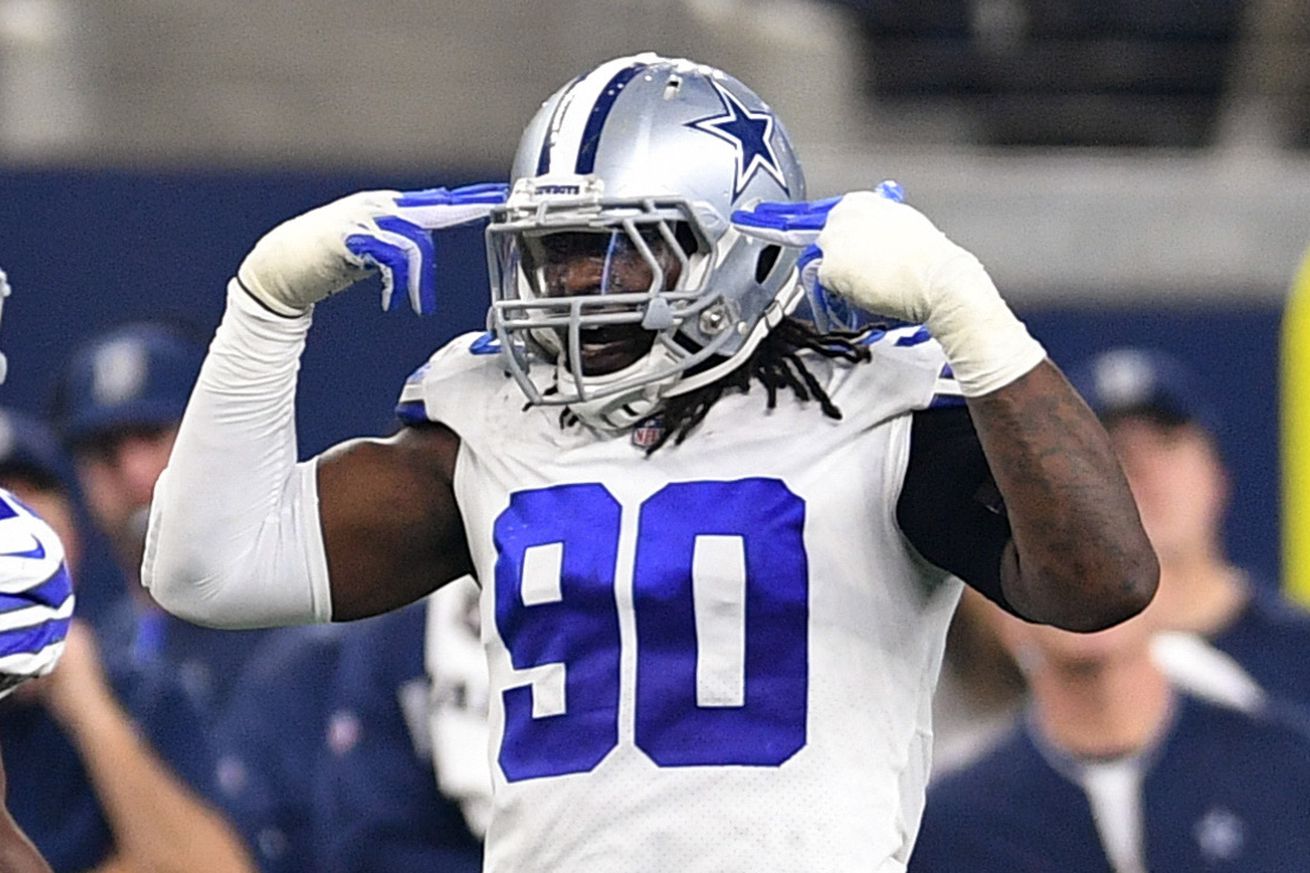 The big news of the day has to be the signing of DeMarcus Lawrence to a five-year, $105 million deal. Archer has a little more on the dollar specifics.

According to sources, a key breakthrough on the negotiations came Thursday, when Cowboys executive vice president Stephen Jones and Lawrence talked on the phone directly. The result was a five-year deal that will pay Lawrence $31.1 million in the first year, with a $25 million signing bonus, a source told ESPN.

Among current contracts, Lawrence’s $65 million in guaranteed money is the fourth highest given to a defensive player, trailing that of Khalil Mack, Aaron Donald and Von Miller.

And open up $9.4 million in cap space. He was counting $20.5 million on the tag before the deal was reached. https://t.co/TXadsBnKll

With the deal done, we don’t have to worry about that pesky surgery.

Also key for Dallas: Lawrence can go ahead with surgery to repair a torn labrum. He had been waiting as negotiations dragged on, with the Cowboys placing a second-straight franchise tag on him March 4, starting the clock on a July 15 deadline to reach a long-term deal.

Recovery time is expected to take 3-4 months, which puts Lawrence on track to be ready for the season.

The waiting and hand-wringing won’t carry on through this month’s NFL draft and the looming offseason organized team activities and minicamp.

There was other stuff about the Cowboys, so let’s move on to some of that.

The 11 NFL quarterbacks who could get mega extensions in 2019 – Bill Barnwell, ESPN

You’ll never guess who made the list? Here’s a hint – 32 wins over his first three years in the NFL.

Remaining on his contract: One year, $2 million in cash ($2.1 million cap hit)

For three years, Prescott has been the NFL’s most underpaid player. That’s about to change. It’s unclear exactly how big his deal is going to be, but a quarterback who made just under $40,000 per game last season might very well take home $40,000 per snap this upcoming campaign.

It seemed like Prescott was on the downswing after taking a step backward in 2018 and struggling early in the 2019 season, but the arrival of Amari Cooper helped transform him and the Cowboys’ offense. Prescott’s passer rating jumped from 87.4 before the Cowboys’ Week 8 bye to 103.0 afterward. His career rate stats are better than Wentz’s, and that’s before factoring in Prescott’s health and his considerable impact as a runner. Prescott is not a top-five passer, but given that the Cowboys wanted to draft Paxton Lynch and Connor Cook before settling on Prescott, Jerry Jones & Co. shouldn’t be confident that they can find a better quarterback than Prescott if they go back into the draft.

Is Dak poised for his best year yet?

What’s Next: Like some of the other key players on this roster, a new contract is expected at some point. Dak still has one more year left on his deal but it’s likely the Cowboys will figure out a way to lock up their quarterback sooner than later. Contract aside, the Cowboys have surrounded Dak with some weapons at receiver in Cooper and now Randall Cobb. If the O-line gets back to form with the return of Travis Frederick and Jason Witten provides some help in the red zone, Dak could be looking at an even better year in 2019.

RODNEY ANDERSON COULD QUENCH COWBOYS’ THIRST FOR A DAY-THREE RUNNING BACK – Kevin Brady, Inside The Star

Could former Oklahoma Sooner Rodney Anderson be on the Cowboys’ radar in the mid-rounds of the draft?

The comparison which is constantly thrown out for Rodney Anderson is Jay Ajayi, with his combination of acceleration in the open field and power through the tight spaces. I like this comparison for Anderson, and like Ajayi in Philadelphia, Anderson will be at his best if used in a more specialized role, rather than as an every-down back. At 6’1” and 219 pounds Anderson clearly has the build of an every-down back, but he needs to improve in pass protection and as a route runner to be one in the NFL.

Luckily for the Cowboys, this is the exact role they’d need Rodney Anderson to fill. Obviously Elliott is going to shoulder the majority of the load at running back, but this volume of his touches likely isn’t sustainable going forward. Dallas has to find a way to get him more rest to not only preserve his body long term, but also to keep him fresher than the defense late in games.

The Cowboys still have a glaring need at backup running back. Here are some of the best remaining options available from.

The first name that comes to mind is former Kansas City Chiefs running back, Spencer Ware. Before an injury in the 2017 preseason, and ultimately the emergence of former Chief Kareem Hunt, he was the featured back of a talented Kansas City backfield. In the season prior to his injury, Ware started in all 14 games that he played for the Chiefs.

In just 14 games for Kansas City in 2016, Ware amassed 921 rushing yards on 214 attempts, while also contributing 447 passing yards on just 33 receptions. Although that only amounted to five total touchdowns that season, he was a great dual threat weapon at running back for the Chiefs who could block as well. With that tandem of skills being similar to the way Zeke operates, along with the fact that he wouldn’t be counted on for an absurd amount of snaps, he would be a perfect complimentary back for the Cowboys.

WHAT IS “DALLAS DAY” AND WHY IS IT A BIG DEAL FOR LOCAL DRAFT PROSPECTS? – Kristi Scales, 5 Points Blue

Sideline reporter Kristi Scales explains what “Dallas Day” is all about.

Dallas Day is separate from the visits taking place earlier in the week at The Star. Each year, every NFL team is allowed to invite 30 top prospects to team headquarters. Those 30 players can be from anywhere in the country, and 30 is the maximum amount. Those visits for the Cowboys began Monday and run through Wednesday.

But Dallas Day is an unlimited number of prospects, so long as the prospect played high school or college football locally.

The Cowboys are not the only NFL team this week holding workouts for players with ties to their local markets, respectively. The other 31 teams are holding visits with players from their respective communities.

Updated draft needs for the Cowboys after free agency, per Rotoworld.

Safety: The Cowboys were unwilling to meet Earl Thomas’ free-agent asking price one year after whiffing on Tyrann Mathieu. Woods is better suited for a third safety/reserve slot corner/special teams role, and Heath isn’t exactly a difference maker across from him.

Defensive Line: Quinn and Christian Covington’s additions diminished Dallas’ D-Line need somewhat, but its positional value and the Cowboys’ lack of multi-year building blocks up front keep it squarely in the crosshairs. Lawrence remains without a long-term deal, Collins, Quinn and Covington are in contract years, and Tyrone Crawford’s role is uncertain. Taco Charlton has been a disappointment.

Tight End: Witten returned for a limited-snap, leadership role after flopping on Monday Night Football. The Cowboys have a bunch of “just a guys” at tight end, limiting their big-play potential in the middle of the field.

For our tweet of the day, we’ll go to the main man himself.