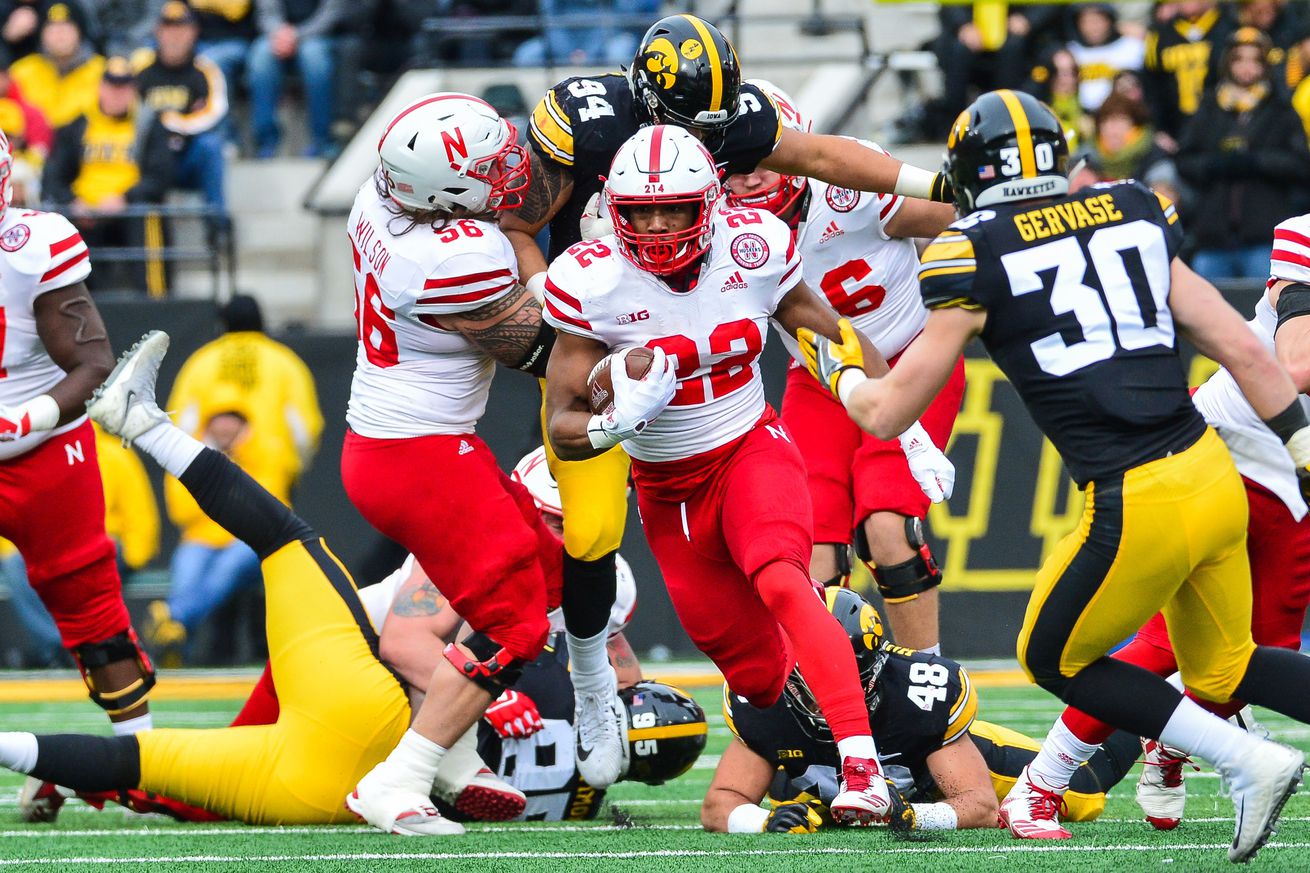 Despite a snub from the combine, Ozigbo is the real deal.

Combine results: not invited to combine

It was probably the biggest snub that the NFL Combine made this year when they didn’t invite Devine Ozigbo to participate. But that’s not abnormal to Ozigbo at this point. Prior to the 2018 season, Ozigbo was considered to be a big running back with some skills but not fundamentally sound or explosive enough to be great. Over the summer, he slimmed down and improved his speed. Still, he didn’t start for the Cornhuskers until the fourth game of the year. But once he got his chance, he capitalized on it. Now he’s getting looks by NFL teams all around, and met with the Cowboys last Friday.

Ozigbo looks the part of a strong, bruising kind of running back and he certainly delivers on that. He doesn’t seek out contact like Marion Barber used to, but Ozigbo knows when to lower his head or initiate contact and he pushes through it. He can function like a bull charging through the pile, and it’s generally hard for defenders to bring him down. He has great balance that allows him to take some hits and keep going.

But Ozigbo is so much more than a bruiser. Whereas last year’s seventh-round pick, Bo Scarbrough, seemed to be one-dimensional in that respect, Ozigbo blossomed into more of a complete package in 2018. When Scott Frost took over in 2018 at Nebraska, he installed his zone rushing offense, and Ozigbo benefited greatly from it. He has the patience to wait for holes to open up and then go through them. More than that, though, Ozigno has great anticipation of the whole defense, usually being able to see and predict how the defense is moving and adjust to that.

A big byproduct of his weight loss prior to the 2018 season was being much more light on his feet, allowing Ozigbo to make tighter cuts and change direction easier. He got a lot better at being able to stop and start without being so jerky in his motion, and that helped out significantly in his adaptation to Frost’s zone scheme. His quickness and burst also improved, though he’s still not the type to bust off big home run plays. He also doesn’t have great long range speed; Ozigbo runs out of steam a bit quicker than others.

As a receiving threat, there’s some potential here. Ozigbo isn’t a pure pass catcher, and drops have been an issue here and there. But when he gets the ball in his hands, especially on check down routes, he can be dangerous because of his strength and agility.

As a blocker, though, Ozigbo isn’t great. He’s certainly not bad, and he definitely doesn’t lack effort, but he is not a skilled blocker. He takes bad angles and doesn’t use his arms properly, causing him to get driven back by more powerful pass rushers. With his frame, he can develop into an effective blocking running back, but right now he’s not there.

Nevertheless, Ozigbo would make an ideal complement to Ezekiel Elliott. He doesn’t have any red flags medically speaking, and didn’t go over 100 carries in a season until his junior year. He appears durable enough to handle 20-25 carries a game, but in Dallas he’d see less action. He could function well as a change of pace back to give Zeke a rest, especially in the fourth quarter when his hard-nosed running style would overpower worn out defenders.

Most of all, though, Ozigbo has the patience and vision, as well as the experience in similar zone running concepts, to plug into the Cowboys offense and be productive. It’s a bit hard to project where Ozigbo will be taken, as he’s become a bit of a late riser. However, if he’s available in the fourth or fifth round – which is possible – then the Cowboys might want to snatch him up.