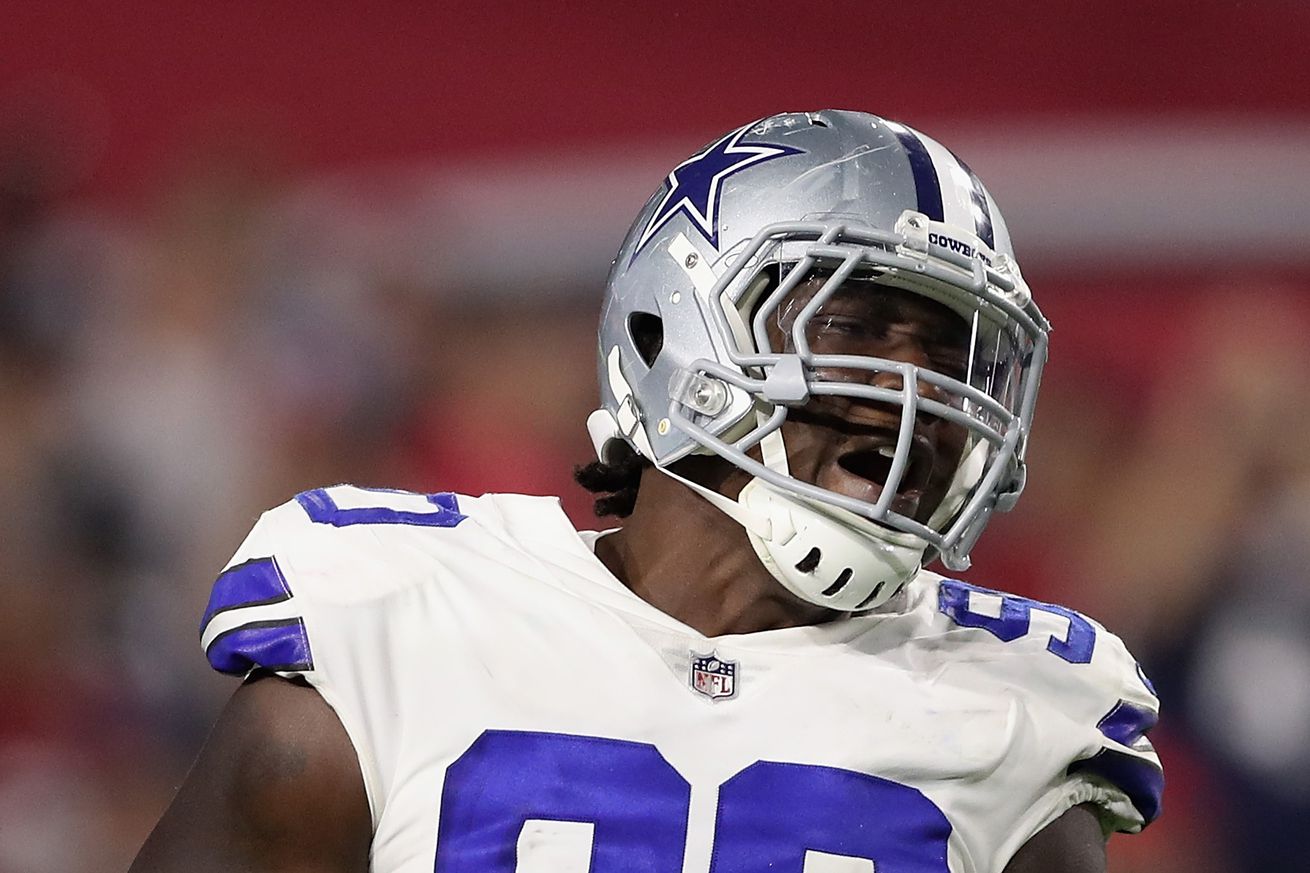 How’s that for a splash move from the Cowboys?

Throughout the offseason, people have questioned the Dallas Cowboys conservative approach in paying for talent. On Friday, with one swift stroke of a pen, the front office just landed the league’s top free agent in DeMarcus Lawrence. Of course, technically Lawrence wasn’t actually a free agent because the team put the kibosh on him hitting the market when they slapped the franchise tag on him for a second straight season. A couple months ago, we talked about how that was just a formality and that a long-term deal was coming, but that doesn’t mean these last several weeks haven’t been without some tense moments as fans wondered when that deal was going to finally get done. With Stephen Jones saying they are at an impasse and Lawrence holding out his shoulder surgery, it just looked like things could get hairy.

But, thankfully, they did not. The song and dance is finally over. Oh sure, it took a little longer than we all wanted, but when this type of money is involved, it pays to be diligent. And in this case, it pays $105 million. DeMarcus Lawrence and the Cowboys agreed to a five-year deal worth $65 million of guaranteed money. Tank becomes the third-highest paid edge rusher behind Khalil Mack and Von Miller.

The Cowboys have loved Lawrence right from the get-go as they gave up a third-round draft pick to move up to 34th overall to select the Boise State star in the 2014 NFL Draft. He had natural pass-rush ability and his burst and bend made him one of the top edge rushers in the draft class. His size, strength, and questionable character allowed him to fall out of the first round, so when he was still available on Day 2, the Cowboys front office made a move.

The Cowboys traded the 47th (Trent Murphy) and 78th (Spencer Long) picks to the Redskins in order to move up to the 34th pick to draft Demarcus Lawrence.

Neither Murphy nor Long remain in Washington.

Lawrence had some injury set backs early in his career. Two of his first three seasons, he was essentially invisible and some were already viewing the move to go up and get him as a mistake. In 2014 and 2016, he played a combined 16 games and only had one sack. But on the plus side, when he was healthy – he was downright destructive. He played all 16 games in 2015 and had eight sacks. And he’s now put together two straight 16-game seasons where he has totaled 25 sacks. Things have turned for Lawrence and they’ve turned in a big way.

The Cowboys took a chance on Lawrence and it’s worked out. He’s the epitome of what this team tries to do in terms of team building. They draft, they develop, and then they retain. And this $100+ million deal seals the retain portion of this process. It wasn’t that long ago when the two sides appeared far apart in negotiations. The Cowboys offer was $20 million, but Tank was asking for over $22 million. When the dust settled, they met in the middle, making both sides big winners.

Now, the question begs – did the Cowboys make a good investment? While Tank didn’t make Khalil Mack or Von Miller money, one could argue that he’s right up with these guys when it comes to impacting a football game. Recently, our own Connor Livesay did a nice job painting a picture of Lawrence’s worth compared to Mack.

In the last two seasons, Khalil Mack has played in 30 of 32 eligible games, missing two games due to an ankle injury. In this two-year span, Mack has recorded 23 sacks, 125 tackles, 25 tackles for loss, and 40 quarterback hits. When comparing the two players, Lawrence has outdone Khalil Mack in every category statistically except total tackles, and he’s been healthy enough to play in more games. This isn’t me saying that DeMarcus Lawrence has had a better career than Khalil Mack, this isn’t me saying that DeMarcus Lawrence is a healthier player than Khalil Mack, this is me simply stating facts that in a “what have you done for me recently” league, DeMarcus Lawrence has statistically done more.

Over the past two years:

In the following graphic from 2018, the higher the dot the more total disruption, the farther to the right the more opportunity to produce disruption.

In a passing league, the Cowboys have locked down one of the game’s most talented players at one of the game’s most important positions. When you look at what the team has done in their search for an elite edge rusher, you start to appreciate how sweet it is to have Lawrence. The team has taken chances on questionable character players like free agent Greg Hardy. They’ve rolled the dice on Randy Gregory when he slid in the draft. They’ve even used a first-round draft resource on Taco Charlton in 2017. None of these things have turned out, but the 2014 trade up with the Washington Redskins has. The search for a war daddy is over.

The team now can look for ways to put complementary pieces around him. Maybe that includes Gregory or Charlton as their stories haven’t concluded. For now, the team has added veteran pass rusher Robert Quinn to the other side of the defensive line. Just like that, he and Lawrence form one of the best edge rushing duo’s in the league.

Lawrence is not only great at stealing the soul of the quarterback, but he’s a strong run stopper as well. And when you realize that his once questionable attitude has transformed into a swagger that radiates excellence throughout the locker room, suddenly the team has a potential legend in the making. A legend this team has had before, but never could capitalize on because there weren’t enough pieces around him. With Lawrence, the pieces are starting to fall into place and this could be beginning of something…wait for it…wait for it…legendary.

Teams should be so lucky to get an All Pro pass rushing star named DeMarcus to play for their team, but to get another one? That’s just doesn’t seem fair. pic.twitter.com/l9kzt99XMF