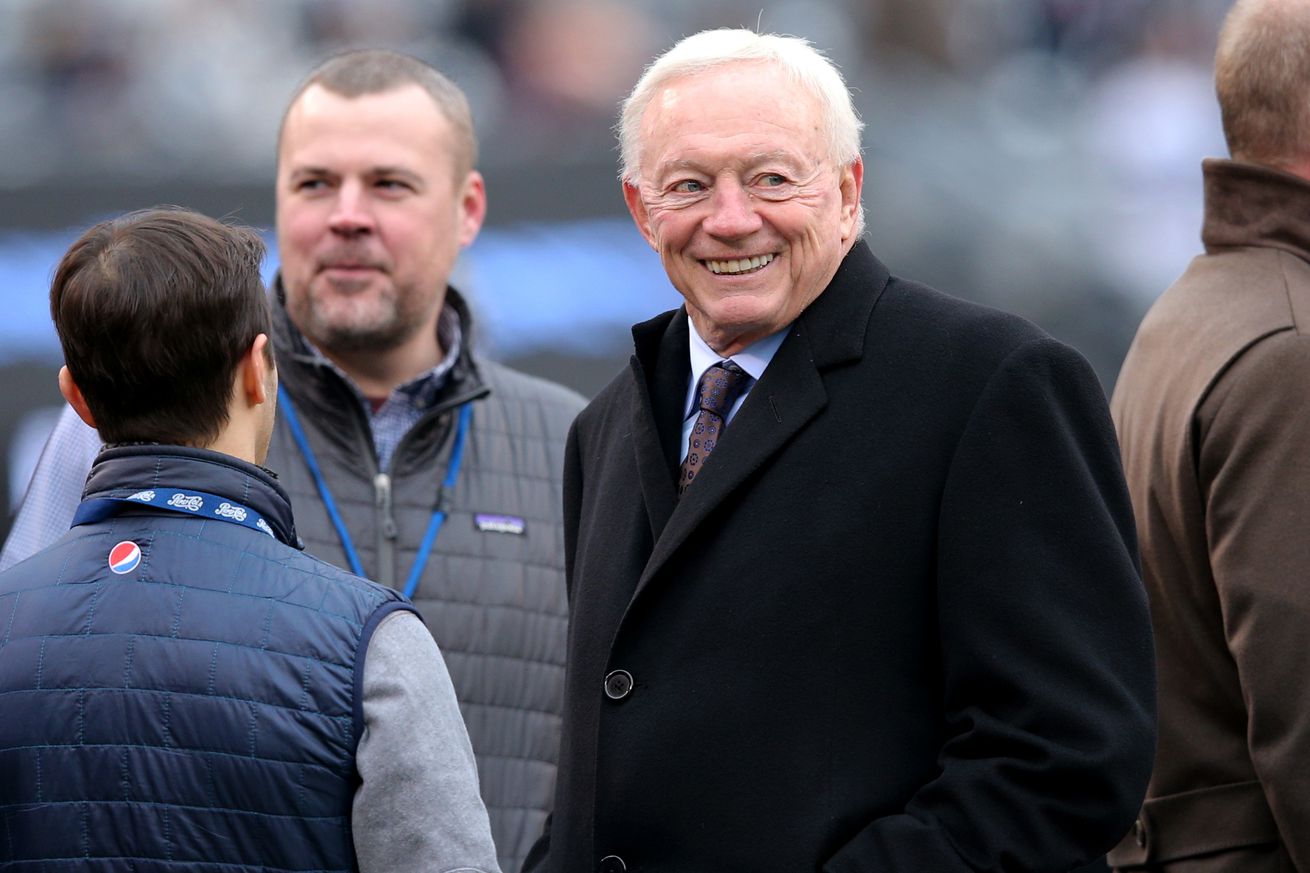 Dallas seems to be in great shape heading into the draft.

Remember the first week of free agency when the sky was falling in Dallas? Landon Collins signed a big contract in Washington, Earl Thomas was said to be out of the Cowboys’ price range, and DeMarcus Lawrence was waiting until he signed a long-term deal to get surgery.

Oh, how things can change in a month.

On Friday the Cowboys finalized a deal with their “war daddy” pass rusher that paid him big money and brought a clear resolution to any potential uncertainty about his status going into the season. Lawrence, who’s been one of the NFL’s best edge rushers in the last two years, is not only an impact player on the field but a vocal leader in the locker room. He became one of the driving forces behind the defense’s breakout 2018 campaign.

Locking him up, and clearing some additional cap space in the process, was a huge deal for Dallas. But it was merely the cherry on top of what’s been an offseason full of great moves for the Cowboys.

They went into free agency expecting to lose Cole Beasley, and that happened when the slot receiver signed a lucrative deal in Buffalo. Stephen Jones had been talking up Allen Hurns’ potential in the slot, and Cedrick Wilson Jr. also had turned some heads before a training camp injury last year.

But Dallas didn’t just settle for that. They went out and signed Randall Cobb to a very inexpensive one-year deal. While Cobb is on the decline at this point in his career, he’s still a very talented receiver who can excel out of the slot. Some even argued that he was an upgrade over Beasley. And just for good measure, Dallas extended Tavon Austin, too. Even if he doesn’t end up contributing too much in the slot game, his potential as a return man is high.

The Cowboys also lost Damien Wilson to the Chiefs, but they retained Justin March-Lillard, who offers some special teams help, and more importantly they restructured Sean Lee’s contract. He now slots in as the third linebacker behind the young duo of Jaylon Smith and Leighton Vander Esch. Joe Thomas and Chris Covington are also on the depth chart at linebacker, minimizing the impact of Wilson’s departure.

And the third player Dallas lost was Geoff Swaim, who signed with the Jaguars. While Swaim was good in his shortened 2018 campaign, the Cowboys seem to like what they saw from Dalton Schultz and Blake Jarwin in the last half of the season. Oh, and Jason Witten is back. Sure, he won’t be playing every snap like he used to, but he can still contribute to the team.

The Cowboys also retained a few other players, most notably their swing tackle Cameron Fleming. With Tyron Smith’s recent injury history and some uncertainty around La’el Collins’ place here, the two-year deal Fleming signed covered both of those bases at a low cost.

At that point, the Cowboys could have just called it a day and worked on Tank’s deal and it would have been fine. But they took it a step further by adding some bargains that could pay big dividends. Christian Covington should fit in nicely as a 1-technique defensive tackle and create a potent rotation with Antwaun Woods, and Kerry Hyder has good pass rushing potential as both a defensive end and 3-technique defensive tackle.

George Iloka is a safety with really sure tackling skills who can thrive in the box and, at 6’4” and 225 pounds with 34.5” arms, he’s practically Kris Richard’s dream. While the Cowboys are likely to still take a safety early in the draft, Iloka’s presence doesn’t put Dallas in a situation where they have to take one early. He’ll probably see a lot of work on early downs, especially in the first couple months of the season.

Then Dallas traded for Robert Quinn in a deal that saw them acquire the talented pass rusher for only a sixth-round pick in 2020. Dallas restructured his contract to where they’re on the hook for $8 million for one year.

After all of this movement, the Cowboys really only have one big need and that’s backup running back. There are still some options in free agency, and a lot of options in the draft. They could also stand to upgrade their two defensive tackle spots and, as previously mentioned, the safety spot. It wouldn’t be a surprise to see the Cowboys take a wide receiver, tight end, linebacker, or cornerback either as they try to plan for the future.

Of course, planning for the future is something they can now afford to do, as Dallas has acquired enough talent to put a great product on the field tomorrow. And they still have six draft picks to use, which will be guided by the well-trusted draft board of Will McClay. We’ll find out how that goes later this month.

But for now, fans should be pretty stoked about everything Stephen and Jerry have done so far. The roster has been considerably improved, at least on paper, and they can afford to simply take a best-player-available approach in the draft. That it all culminated with working out a deal with Lawrence instead of letting it last into training camp is the icing on the cake.