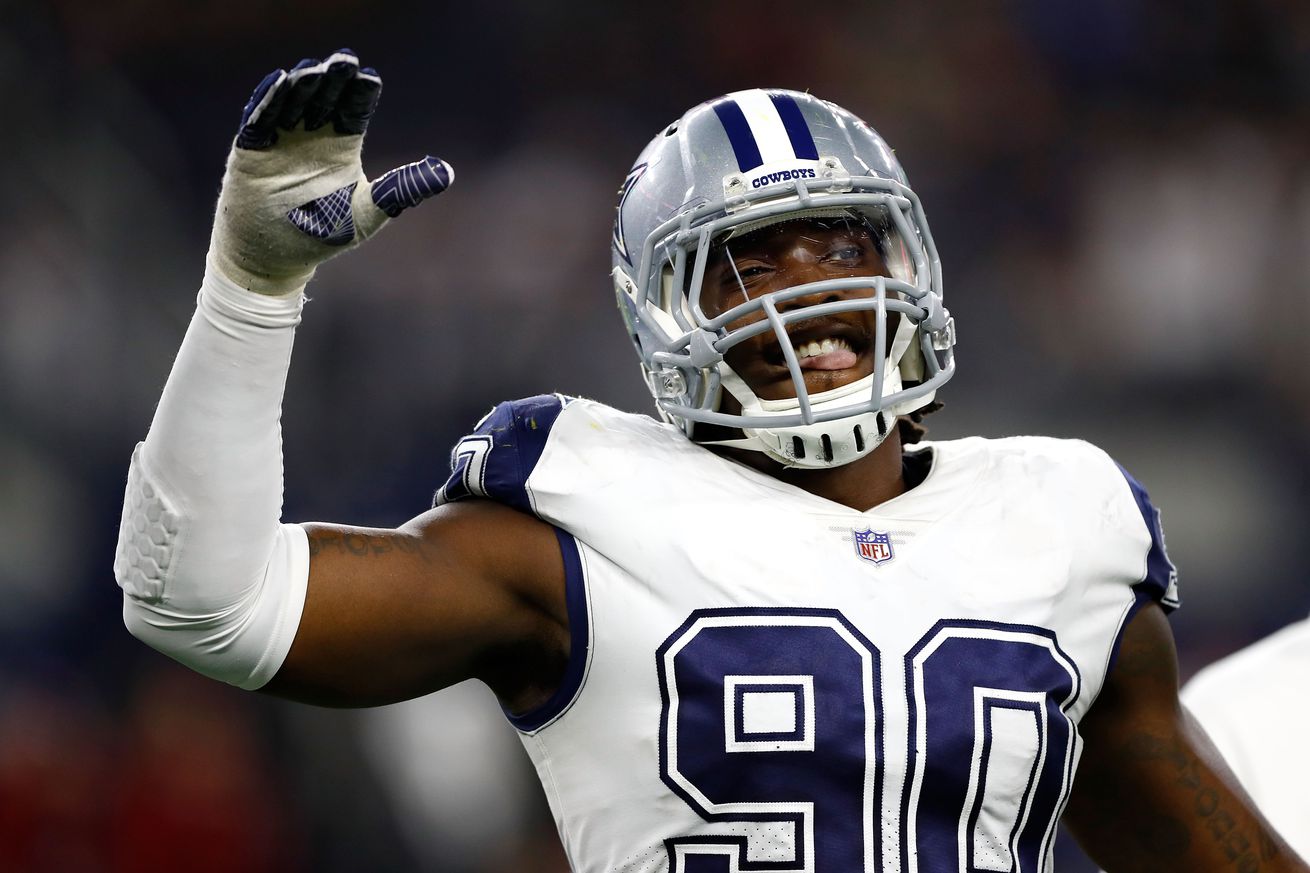 Interview with DeMarcus Lawrence gives more insight into the the contract and the defense.

During training camp last year a nickname emerged for the men on the frontline of the Dallas Cowboys defense.

These are the dudes that deal with the dirtiest action. They fight in the trenches and did so week in and week out for a team that went as far as the Divisional Round of the playoffs. This is a group known as the Hot Boyz.

While there are a lot of personalities within this collection, there’s no doubt that their leader is DeMarcus Lawrence, that’s part of why the Cowboys just gave him a five-year, $105M contract extension. What he means to that group, the defense as a whole, and the entire team is worth that much. Lawrence has proven that over the last two years.

The newest rich man in town for the Cowboys appeared on the Rich Eisen Show (airs daily from 12-3pm ET on AT&T AUDIENCE Network, DIRECTV Ch. 239) on Monday, and he went into a lot of details about his contract and status on the team. It’s worth a watch/listen if you’ve got the time.

Tank said a few things of note, one of them being that he personally did not have much contact with Jerry Jones through the negotiating process. He did say that he had a conversation with Stephen Jones, though. Hmm, that’s interesting.

Lawrence also touched on his pending surgery and how he’s confident that he’ll be back in in time to continue his Hot Boyz ways. Speaking of, Tank also discussed the group and what they’re all about. He dropped something that as of now has been relatively unknown, something that goes beyond who they are on the field.

It’s all about trying to raise men. Trying to raise men off the field and on the field. In order to be a Hot Boy you have to put in work with your family. We do d-line dinners every Thursday, on Fridays it’s best to bring your wife flowers or whatever. At the end of the day once your football career’s over your family is all you’ve got. It’s all about just raising good men in this world, that’s all really what the Hot Boyz is about.

The Hot Boyz started out as a fun nickname for pass-rushers, but they’ve clearly morphed into much more. It says a lot that they’re focused not only on themselves having a good time by going out to dinner, but that they want to take care of their loved ones by bringing their wives flowers and focusing on being good men off of the field. That’s impressive.

This is just one of the many ways that Lawrence is a leader for the Cowboys. He is their engine defensively and in the locker room. He’s worth every penny and it’s good to know that he’s going to be with the Cowboys for a long time.