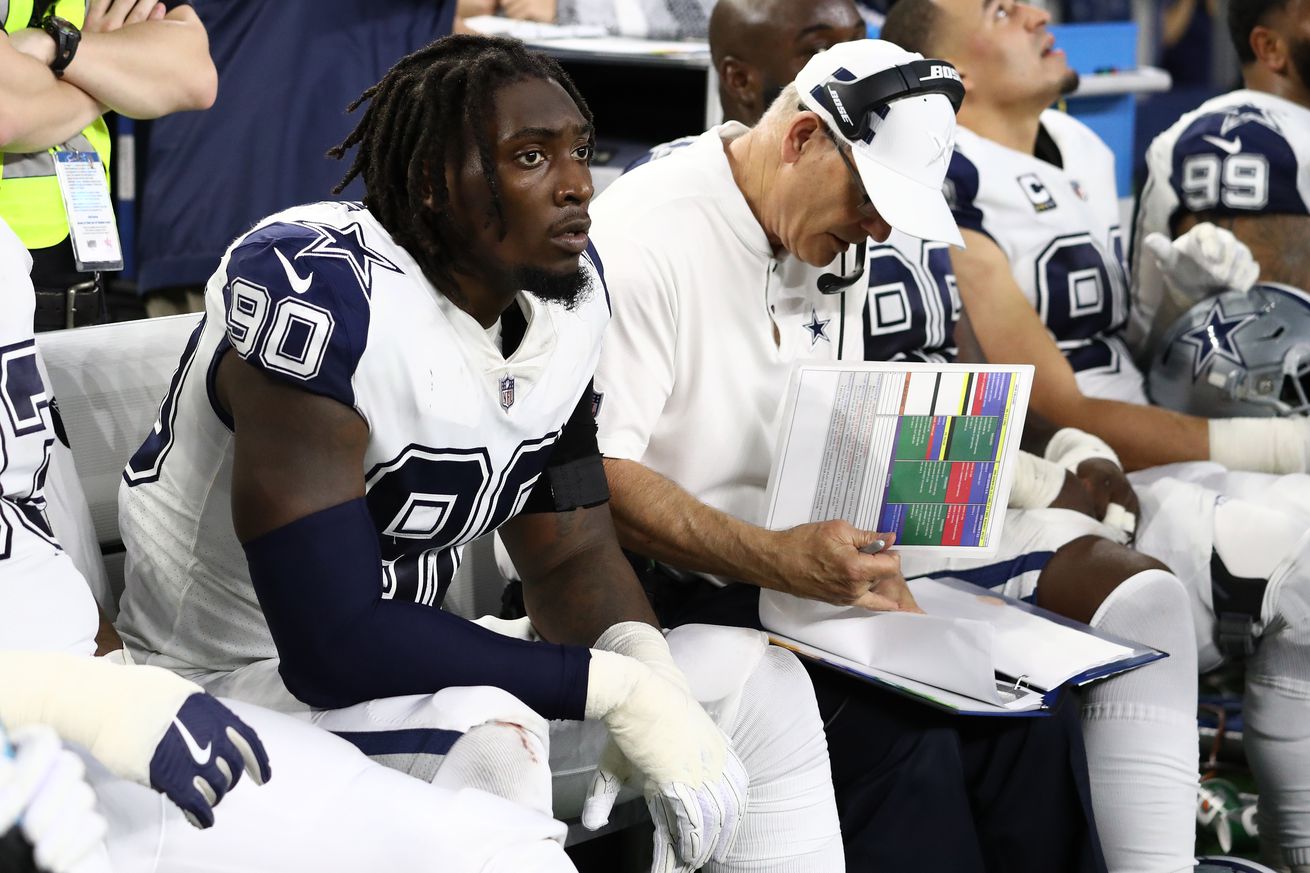 These details sure are something.

It’s been DeMarcus Lawrence week for the Dallas Cowboys as they began it by celebrating the highest-paid player in team history and his brand new contract during a press conference at The Star.

This was a deal that had a rocky start and kept fans in suspense. The list of people who receive multiple franchise tags that go on to work out long-term contracts with that same organization is short, thankfully Lawrence is on it.

David Canter, Lawrence’s agent, was a guest on the latest episode of The Business of Sports Podcast with Andrew Brandt and he went into a lot of detail about how everything went down between his client and America’s Team. Some of the things he said will definitely raise your eyebrows.

Apparently when Team Tank was originally tagged last year they accepted it because the Cowboys had come in with quite the low offer.

When we got the first tag, the first offer from the Cowboys was so bad and so low that we had no choice but to just eat the tag and eat it fast.

Canter described Lawrence as being totally down with the first franchise tag, something we all saw, and that he put his head down to simply get to work for the 2018 season. He obviously had a lot of success. He did also note that there were very little contract discussions with Lawrence from March of 2018 to March of this year.

Canter went on to say that at this year’s NFL Combine he had a “very contentious” face-to-face meeting with Stephen Jones while they were out socially. His description of the encounter sure is something.

We’ve known each other so long that I think we can ‘MF’ each other and still be friends. And we did. We were both out socially, I had a glass of wine in my hand, I think he had a glass of Johnnie Walker blue in his. And it got real nasty, real quick.

Andrew Brandt pressed Canter on why it got nasty between he and Stephen Jones and his answer will make you all the more shocked that there was a huge press conference for Canter’s client on Monday.

Overall it does sound like Canter and Stephen Jones have a relationship where they can negotiate like that, but it’s quite amazing that in the span that they did that they were able to resolve their differences and find a deal that worked well for both parties. A large factor may have been that Lawrence never wanted to be anywhere but with the Cowboys.

It’s also worth noting, not that this is necessarily breaking news to anyone, that Canter spoke exclusively with Stephen Jones throughout this entire process. The idea that Stephen is running things has become more prevalent over the last few years, but there’s almost no debating it at all anymore. Consider one more thing that Canter said.

Most owners don’t get involved in negotiations. In DeMarcus Lawrence’s case, I’m not talking to anyone but Stephen Jones.

We live in different times, friends.