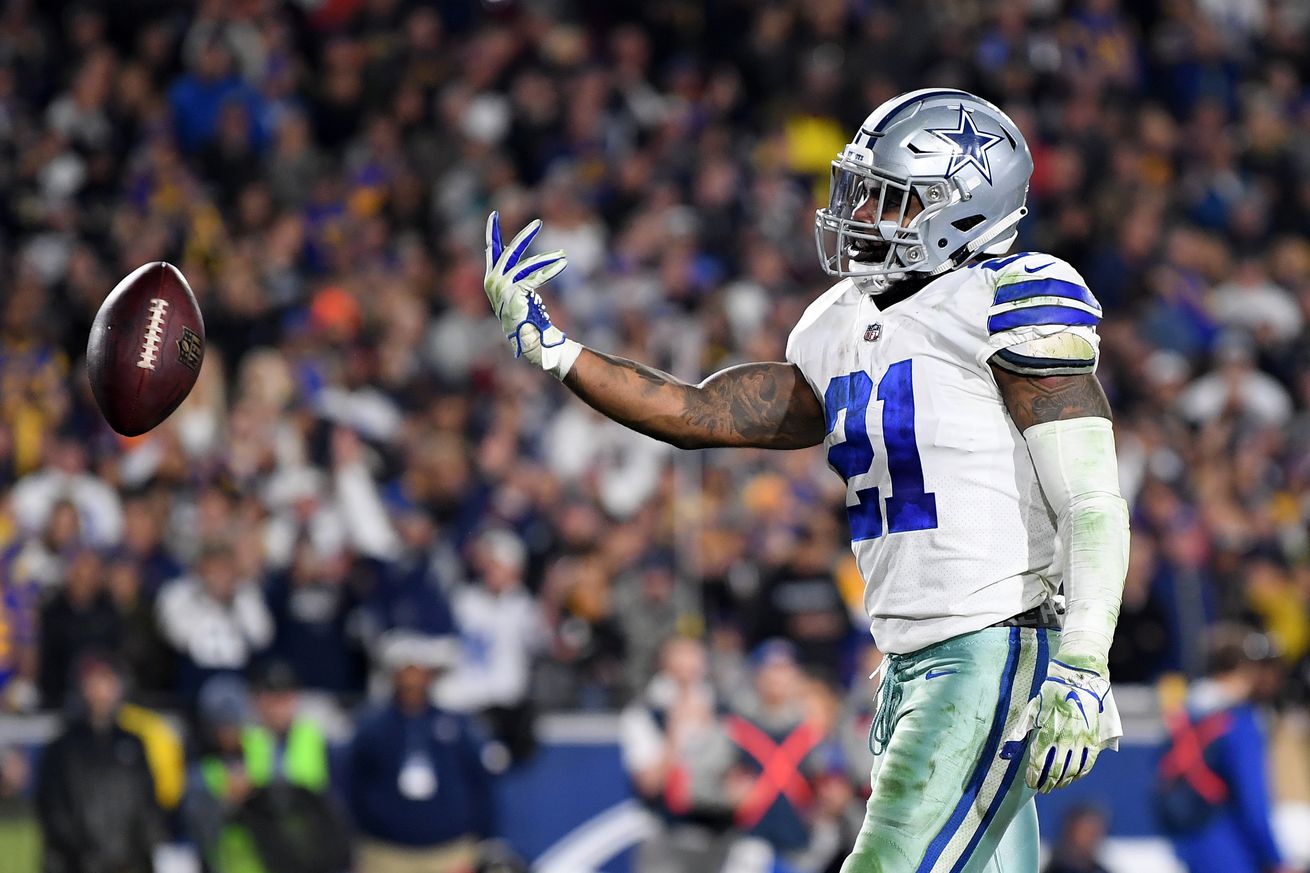 A huge contract coming up for Ezekiel Elliott?

Contract talk is rampant within the Dallas Cowboys organization these days after DeMarcus Lawrence just became the highest-paid player in team history.

In spite of that accomplishment, there is still a lot of work to be done. Dallas has to figure out how they’re going to handle the situations regarding Dak Prescott, Amari Cooper, Ezekiel Elliott, and Byron Jones just before they get a moment to breathe, then there will obviously be more work to be done.

While the pending contract for Dak Prescott is polarizing because of the way people value his abilities (the sparknotes are that some people like him, some don’t), the one for his backfield mate Ezekiel Elliott also spurs a lot of debate.

It’s no secret that running backs aren’t the most difficult thing to find for NFL teams, but that’s not exactly something you can bank on for the future of your club. What Elliott does is extremely hard to find, especially the degree to which he does it, and that does certainly merit consideration for a big deal at the very least.

In an exercise where they predicted the next top-paid players at each position, NFL.com slotted Zeke in at netting $14-$16M per year on his next deal. That’s a lot of money to devote to a running back.

When you look at the state of the market for running backs it’s certainly fair that Zeke would pull in that annual value. He’s without question in the neighborhood of, if not better than, players like Todd Gurley and Le’Veon Bell.

It was reported before the season ended for the Cowboys that Zeke was looking for a contract extension this offseason. The truth is he might not be the most pressing contractual issue that they have, he might not even be the second. The status of Amari Cooper and Dak Prescott seem to hold a higher priority right now, this feels like something we’re all just hoping remains in the background between now and whenever it has to get done.

Would you pay Zeke that much? Or would you roll the dice on finding another running back that could contribute?