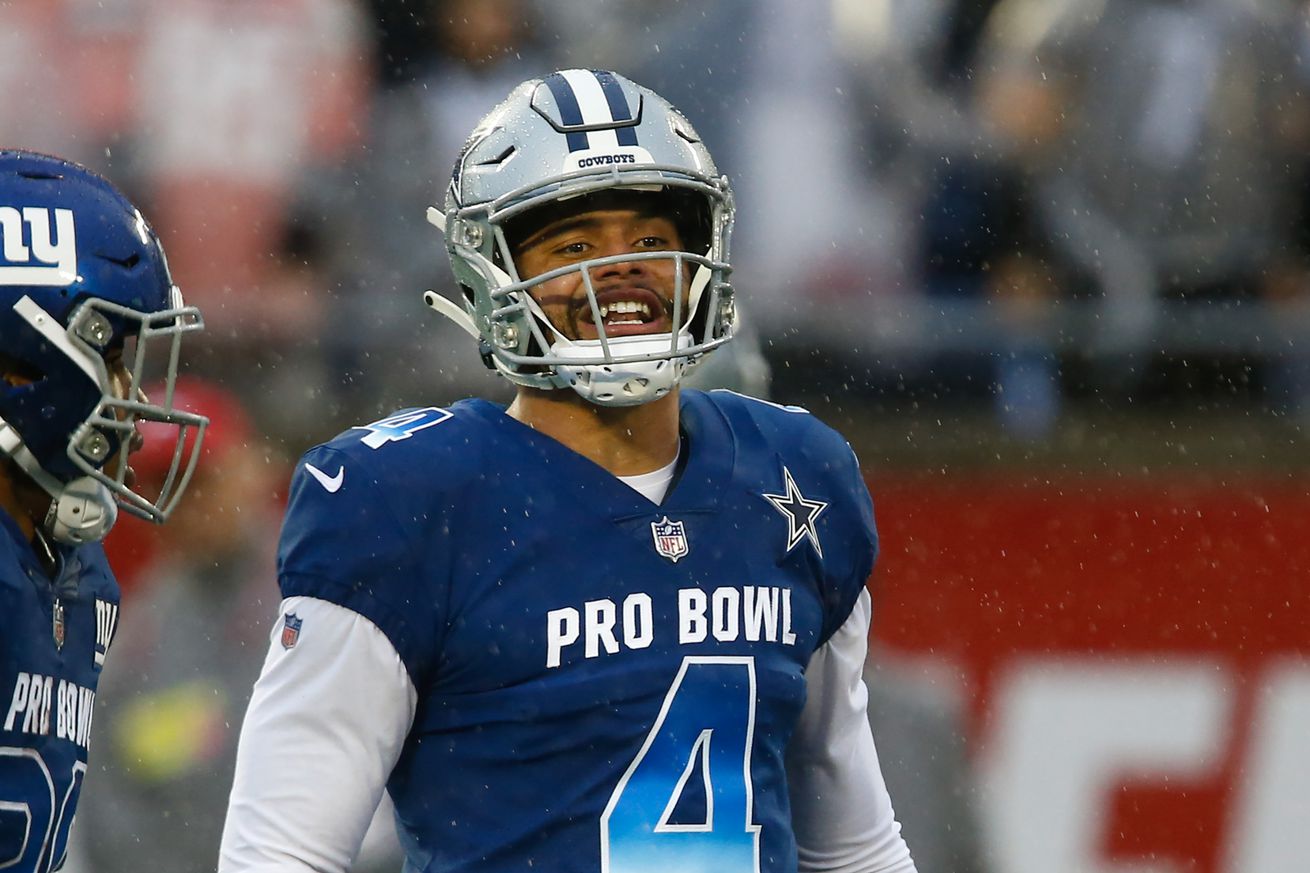 Stephen Jones is all over the place when talking about the looming contract of his new franchise quarterback.

If you’ve been a fan of the Dallas Cowboys for a while, then you’re likely privy to how different the front office operates these days compared to seasons past. For example, in Wade Phillip’s last year as head coach, the manner in which this team was putting together the roster was a giant mess. They were hanging on to old guys way too long, handing out bad contracts, and trading away precious draft capital for that one player they absolutely had to have. But that’s okay because they weren’t drafting all that well either. The 2009 draft would’ve made you nauseous as there wasn’t a single player that earned a second contract. In fact, the only player to make it through his rookie deal with the team was linebacker Vic Butler, who only managed to start two games over four seasons. It was really bad.

Fans that had to endure all that must feel like this new front office is a breath of fresh air. The combination of drafting well, frugal free agent spending, smart trading, and retaining talent has transformed this team into one of the strongest units we’ve seen in some time. It’s a night and day comparison to how things used to be in Dallas.

The change is huge, but it didn’t happen overnight. The Cowboys have had to make a lot of sacrifices to get there. It’s meant they’ve let some of their own players leave for bigger paydays. It’s meant they had to fight off temptation to cash in on the big name free agents. And it’s meant that they’ve had show patience and wait out the storm when renegotiating new deals so they can get a good price. But in the end, both sides win.

#Cowboys owner Jerry Jones says he thinks both sides have walked away from the DeMarcus Lawrence feeling good. “Nobody can put the britches on anybody on either side.”

Leave it to Jerry to articulate himself in a way that makes perfect sense even though we have no idea what the heck he just said.

With the Lawrence contract situation all worked out, the team can now shift their attention to some of their other star players. Amari Cooper will get a second contract soon. The team traded away their 2019 first-round draft pick to get him and he’s been everything they’ve asked for. He’ll get paid. And even though many aren’t keen on the idea of paying top dollar for running backs, the Cowboys look to be all-in on Ezekiel Elliott. They didn’t draft him fourth overall in 2016 just to let him play through his rookie contract and then sign elsewhere. He’s going to get paid too. And then there’s Dak Prescott.

Recently, Cowboys Executive Vice President Stephen Jones was on ESPN Radio and said that the new Prescott deal must be “team friendly.” The DMN quoted it this way:

At the NFL combine in Indianapolis in late February, Jones told The News’ Jon Machota that Prescott ”deserves to have his contract looked at in a very progressive way.” He said as much in Monday’s interview with ESPN, also harping on the fact that quarterback extensions “gotta be team friendly.”

Those were bold words considering that phrase is typically used to describe a player who agrees to take less for the benefit of the team.

“I just feel good that we’ll find our way to a place that the contract enables us to surround him with a great supporting cast which a lot of it’s in place. If you look at our offensive line, look at our receiving core, you look at Zeke: a lot of it’s there. Obviously with [Jason] Witten coming back and some young tight ends, certainly that’s a nice spot for us, too. So we’ve just gotta keep building on that and be able to fit Dak in.”

Fit Dak in? He’s not a pair of socks you’re trying to stuff in a drawer. He’s the team’s new franchise quarterback. Jones mentions some of the other pieces the team has invested in, including the offensive line and talent at wide receiver. He even specifically brings up Zeke. Jones is looking to pull off a deal that still allows the team the flexibility to afford other pieces as well.

But then Jones switches gears a bit and sings a slightly different tune about Prescott.

Is “team friendly” and “paid fairly” mutually exclusive or can they be one of the same?

The Cowboys are very methodical in how they are building this team. They’ve been very transparent about how they go about it and Jones reiterated it during Lawrence’s new contract press conference:

We have a plan. We’ll continue to chop wood and work hard to continue to keep this team together. Hats off to the organization. We’ve done a great job of drafting good football players. As you know, we like to pay our own and feel like that’s the safest way to build a roster. We feel like we’ve put ourselves in a great place to draft well again in terms of filling our needs through free agency and being able to take the best player on the board. I feel like that’s why we’ve had some real productive drafts over the last eight to ten years.

Building through the draft and smart free agent spending has allowed the team to sign their stars to big deals. The Lawrence deal is done, but more are coming. Jones may say stuff like “impasse” or “team friendly” and while he may be speaking the truth as to how he sees it, the reality is – he gets it done. When a player doesn’t get re-signed, it’s simply because they don’t value him enough. No offense to players like DeMarco Murray or Cole Beasley, but this is the reality of the situation. Jones will say that they made a run at Beasley, but what he really means is – Beasley was only worth so much to us and that’s as far as we went.

Prescott is going to get a big deal. Jones might undersell it right now and work the angle of how they’ll be looking to get Dak on an affordable deal, and that certainly is the goal. But in the end, Prescott is going to get paid what he is worth and whether it’s apparent or not – good quarterbacks get big contracts. Prescott has been severely underpaid since coming into the league and should the Cowboys work out an extension this offseason, he’s going to get his upfront money a year early. That will be the incentive for Team Dak to work to get a deal done. Maybe that’s enough leverage to pull his price down a bit into that “team friendly” range? It’s not clear when this deal gets done or what the final cost will be, but rest assured, the Cowboys front office will do their best to make sure nobody puts up the britches on them.