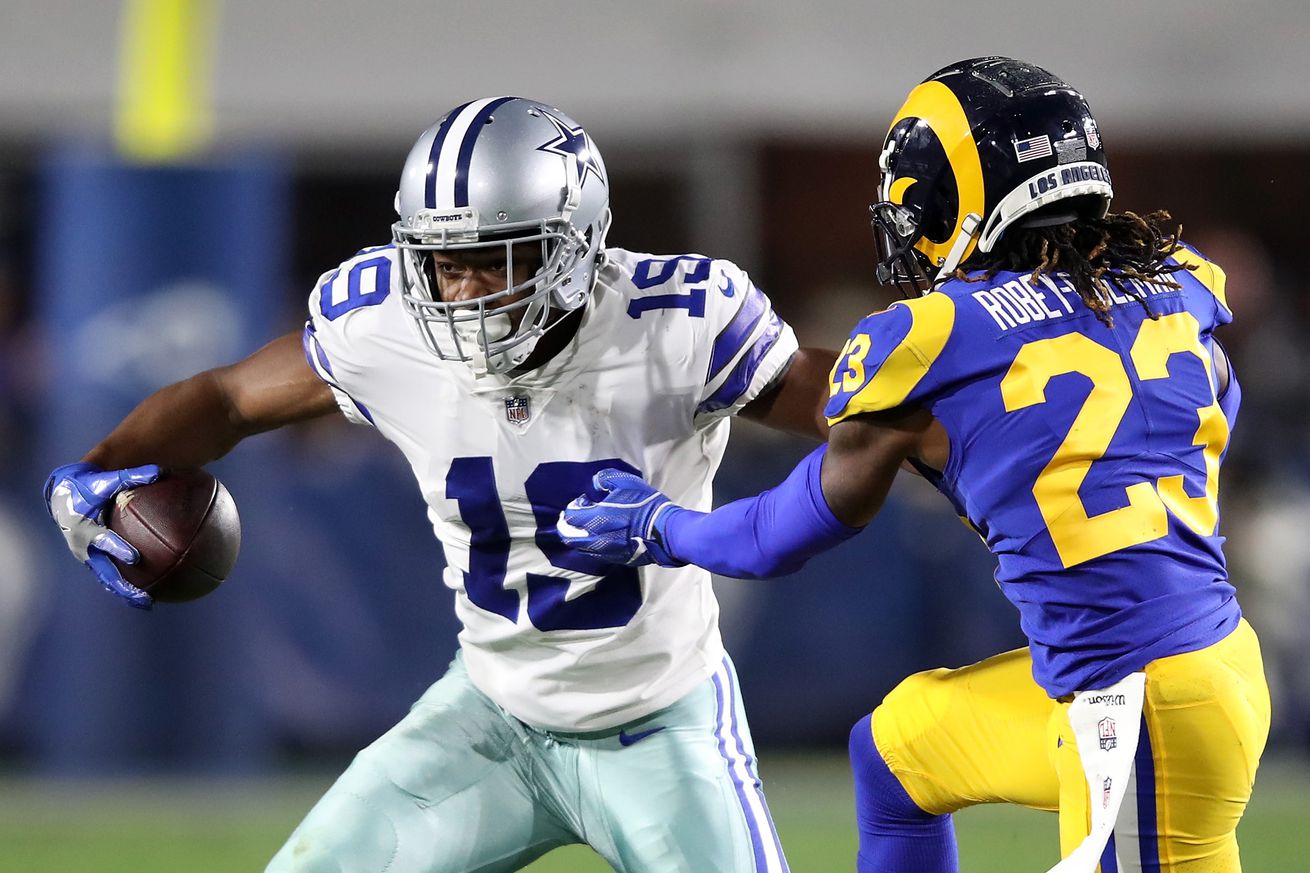 All your Cowboys news.

Why there’s a good chance Cowboys WR Amari Cooper could be next up for a long-term deal- Jon Machota | SportsDay
After making the trade and seeing the results, it only makes sense to extend Amari Cooper, he’s likely to be the easier deal after all.

Machota: My prediction would be Amari Cooper. I think it comes down to him and Dak Prescott. I’m leaning toward Cooper because it should be easier to get a long-term deal done with a receiver than a franchise QB. Judging by some of Stephen Jones’ recent comments, it doesn’t sound like the Cowboys and Dak’s representatives are close on getting that done, so I’ll say Cooper will be next.

After Tank, who’s the next odds-on favorite Cowboy to get an extension? – David Moore | SportsDay
Could Dallas get two done at once?

“You know what, that’s probably unfair to say just because we can get two done at the same time if they fell right,’’ Jones said. “I mean, these things don’t have to be one at a time.

”I don’t think that’s fair to say there has to be a pecking order. We can work on two, three, four at the same time if it makes sense.’’

Quarterback Dak Prescott, receiver Amari Cooper, running back Ezekiel Elliott and cornerback Byron Jones are all in line to receive new deals in the near future. Jones did concede that Prescott and Cooper are, “probably at the forefront right now.”

“Team friendly” or “paid fairly” – Can both be true when it comes to the Cowboys extending Dak Prescott? -Danny Phantom- Blogging The Boys
Stephen Jones talks about he’ll be looking for Dak Prescott to take a “team friendly” deal, but also one that allows him to be “paid fairly.”

Dak Prescott is going to get a big deal. Jones might undersell it right now and work the angle of how they’ll be looking to get Dak on an affordable deal, and that certainly is the goal. But in the end, Prescott is going to get paid what he is worth and whether it’s apparent or not – good quarterbacks get big contracts. Prescott has been severely underpaid since coming into the league and should the Cowboys work out an extension this offseason, he’s going to get his upfront money a year early. That will be the incentive for Team Dak to work to get a deal done. Maybe that’s enough leverage to pull his price down a bit into that “team friendly” range? It’s not clear when this deal gets done or what the final cost will be, but rest assured, the Cowboys front office will do their best to make sure nobody puts up the britches on them.

La’el Collins had a torn rotator cuff repaired & will be limited in OTAs – Clarence Hill- Fort Worth Star-Telegram
The Cowboys will have a star-studded list of offseason surgeries that feature DeMarcus Lawrence, Byron Jones, and now right tackle, La’el Collins.

Add right tackle La’el Collins to the list of Dallas Cowboys starters who will be sidelined throughout the offseason rehabbing from surgery.

Collins said he had a torn rotator cuff repaired right after the 2018 season. He said the Cowboys plan to be cautious with him throughout OTAs and minicamp.

He promises to be ready to go by the time training camp starting late in July. He joins defensive end DeMarcus Lawrence and cornerback Byron Jones as starters who will miss the entire offseason following surgery.

La’el Collins has shoulder surgery, should be ready for training camp – Dave Halprin- Blogging The Boys
This year is a big one for Collins.

Collins let everyone know that he had surgery after the 2018 season for a torn rotator cuff. His rehab will take him into some point in the summer but he should be ready for training camp. He noted that the Cowboys will be very cautious with him in the OTAs and the mini-camp.

This is the last season of his current contract and it will be a pivotal year for him and his future in Dallas. His play at right tackle has been up and down but he’s generally been a serviceable anchor on the end of the line. Depending on his play in 2019, his price could either rise or dip as he heads into 2020 free agency.

History Without a First-Round Pick – Kurt Daniels- Dallas Cowboys
Recent Cowboys drafts without a first-round pick are not very fun to re-live.

Verdict: Anytime the annual selection process is described as a “special teams draft,” the likelihood is the results won’t be good. And sure enough, this turned out to be the frontrunner for poorest draft in Cowboys history.

And if the Galloway trade wasn’t the worst in team annals, this Williams deal certainly was, as he turned out to be a bust. Five games into the 2009 season he was surpassed by Miles Austin as the team’s top receiving threat and then only started nine of his 15 games in 2010, his last in Dallas.

In reality, none of these seven drafts without a first-round pick turned out to be particularly great overall, although individual greatness was uncovered in some years. Which means the Cowboys undoubtedly face a risky proposition as they head into the 2019 NFL Draft.

Cowboys Draft: Deebo Samuel can do a lot for a Cowboys offense in need of more playmakers- Nick Eatman – Dallas Cowboys
If the Cowboys want to draft a dynamic player at 58, why not go after a Deebo Samuel, he’s much more than a slot player.

How He Could Help: He would help the Cowboys because of his ability to line up in several spots. While one might argue that having Randall Cobb and Tavon Austin on the team makes it unlikely to draft someone like Samuel, especially with an early pick, don’t forget that both Cobb and Austin are on 1-year deals. If the Cowboys can find a do-it-all player such as Samuel, it would make sense to grab him. However, it doesn’t seem likely that Samuel falls to No. 58 and if so, the Cowboys should have bigger needs with their first overall draft selection.

Trysten Hill’s high motor may drive him into key role on Cowboys’ DL- Sean Martin-CowboysWire
The Cowboys need interior help and Trysten Hill might be the right guy for the gig, if he can be paired with the right coach in Rod Marinelli.

Central Florida’s Trysten Hill could be this prospect, having already worked with Cowboys Defensive Coordinator Rod Marinelli at his Pro Day. Hill was also a pre-draft visitor to the Cowboys after racking up 10.5 tackles for loss and three sacks in his final season as a starter in the American Athletic Conference.

Hill projects best as a pass-rushing three technique, playing with a quick first step and violent hands to get into the backfield and chase plays all over the field. Tackles outside the numbers or well-beyond the line of scrimmage are a common occurrence on Hill’s tape, as his long strides and short frame allow him to cover ground quickly.