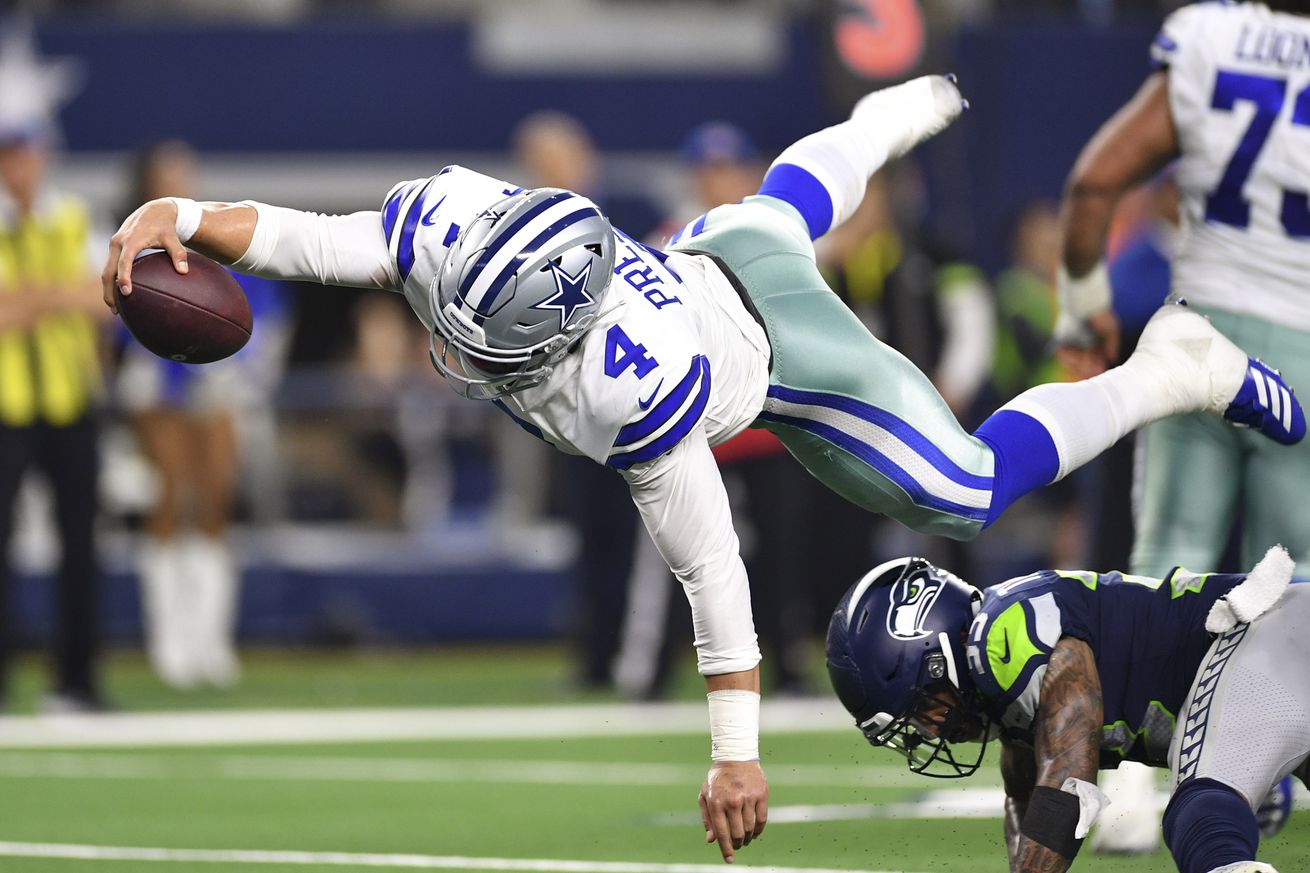 Over the winter (thank goodness that’s over), I got to use my fireplace a whole lot. It was wonderful.

The worst part about having a fire though, something nobody tells you, is how difficult it is to keep the wood balanced if you don’t have the right grate for it. I had one with only three rods so holding wood, especially as it burned, became difficult (I’ve since gotten a better one, don’t worry).

Having a conversation about Dak Prescott’s legitimacy as an NFL quarterback is a lot like trying to balance burning wood on a grate that can’t hold a lot of it. It’s a difficult subject because people feel so strong in a number of directions, notably diametrically opposite ones.

An interesting tweet appeared on the timeline on Friday, one concerning how Dak Prescott (and a handful of other quarterbacks) handled pressure last season. He wasn’t the best in the league at it but he was very close. Literally as close as you can be. Prescott was the second-best quarterback under pressure in 2018 as far as passer rating is concerned.

Deshaun Watson made things happen when he was under duress – leading the league’s QBs in passer rating under pressure. pic.twitter.com/CSgUEfqbrl

Passer rating isn’t necessarily the best way to measure success at the most important position in sports, but this information is telling. The fact that Prescott ranks higher than players like Matt Ryan and Russell Wilson is quite impressive.

So much of who Prescott is revolves around delivering in the biggest moments. It’s not a surprise that he would shine in an exercise built to highlight performance under pressure. When the lights are brightest is when he is at his best.

Since Dak Prescott’s clutch play has been a topic today, here is one more note to wrap up the night.

Football is a team game but Prescott is certainly doing his part to elevate the team when the pressure is on. The reality, which is supported by objective data, is that Prescott can be counted on when a game needs to be won. We’ve seen it. We’ve lived it.

Outside of Jameis Winston, the quarterbacks listed with Prescott here are all held in high regard by general consensus. Kudos to Dak for besting most of them.