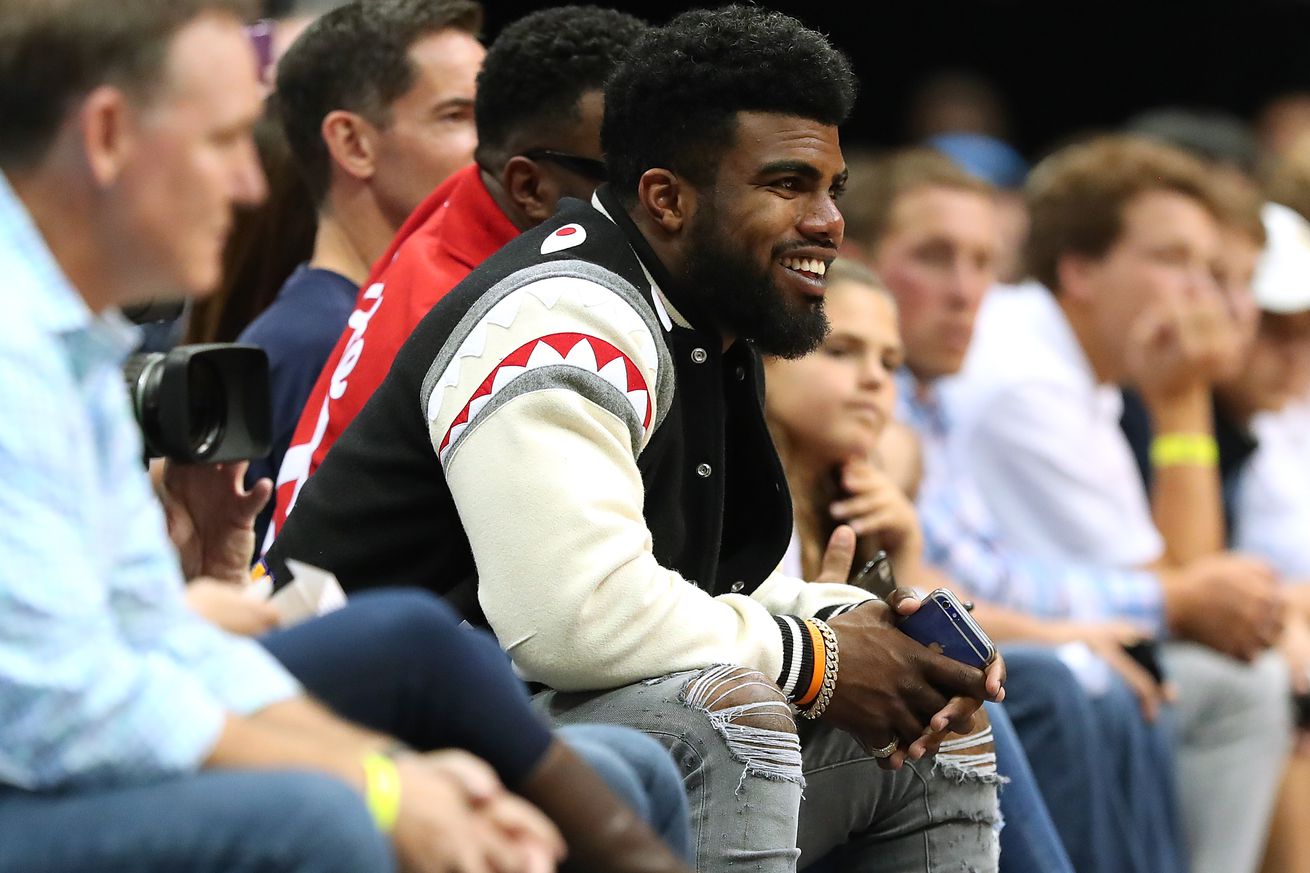 Times change and the best sports organizations change with them.

A couple of days sgo, my good friend R.J. Ochoa authored an article noting the speculation that Ezekiel Elliott could get as much as $14-$16 million per year in his next contract. Zeke is thought of as the best at his position along with one or two other players, so topping out the pay scale for the running back position is in line with conventional thinking. If the Dallas Cowboys follow conventional thinking, it would be a mistake.

Behind the scenes here at BTB, there has been a spirited debate among the writers about what the Cowboys should do with Zeke’s next contract. One camp holds that Zeke is a generational-type back, and that since the Cowboys spent such a high pick on him, they absolutely should pay for his services. The other camp, one I’m admittedly in, thinks Dallas should only re-sign Zeke if it comes on a team-friendly contract. If Zeke is intent on breaking the bank for running backs, the Cowboys should move on.

Here is the requisite disclaimer: Most of us that are skeptical about giving Zeke a huge new contract recognize that his talents are elite and that he’s done everything the Cowboys have asked of him. Personally, I love his enthusiasm and passion for the game, and his infectious personality. This has absolutely nothing to do with Zeke as a player and everything to do with the position he plays.

Our own OCC has written extensively in past years showing that the NFL in a passing league with the requisite stats to go with it. When the Cowboys took Zeke fourth overall I was on board, but have come around to doubting that decision. There’s no shame in evolving and changing one’s mind. I grew up with football that was predicated on a great running back. Tony Dorsett and Emmitt Smith, obviously. Around the league a workhorse back who could dominate a game was the preferred method of offense. That changed when the rules were changed, when offensive schemes expanded, and forward-thinking stat-heads showed that passing was the way.

Yesterday, Reid Hanson at Sport DFW wrote a definitive piece for the side of the argument that believes you don’t pay running backs big money, even if they are generational talents. He lays out the five myths of the running game and sets to destroying them.

Running the ball leads to winning

Zeke is a generational talent who cannot be replaced.

I recommend reading it.

The role of the NFL running back and the current transformation of the role of the NBA center are similar in many ways. Like the NFL and the running back a generation ago, the monstrous NBA center used to rule the roost in that game. That has changed as rules have changed and stat-heads have also shown that nothing means more than the three-point shot. –

But athleticism, mixed with a little math, has revolutionized the NBA. “Defensive rule changes – primarily those that decreased physicality – and analytics have allowed for increases in the speed of the game,” says Bill Burgos, former head strength and conditioning coach for the Orlando Magic. A cheat code for NBA basketball, those analytics revealed the importance of three-pointers and pick-and-roll matchups, allowing a more offensive game to flourish.

Much like the rule changes in the NFL that favored the offense generally, and the passing game specifically, the NBA is experiencing the same kind of revolution, with the Golden State Warriors as the epitome of that change. This change, much like what happened to the running back, has changed the big man’s role in the game, and his value.

The true center, the big man who never strayed far from the basket – is a thing of the past. Today’s centers are either yesterday’s forwards or seven-footers that can shoot and run the floor.

Players floating from guard to forward and even sometimes to center, and back, all within the same game. “Players that can guard multiple positions on defense and stretch the floor and play within a free-flowing system on offense are highly valuable in today’s game.”

The analogy is not a perfect one. In the NBA, big men have learned to mimic the small men, and some of them shoot the three and handle the ball as well as any guard. In the NFL, a running back can approximate a wide receiver to some degree, but is generally a poor imitation of that position. A three is a three no matter who shoots it in basketball. But in football, if you line up a running back out wide, you might as well just use a real wide receiver.

That’s not to say the traditional running back doesn’t still hold some value in the game. They do. You still need to run the ball.

We don’t know what Kellen Moore will do with this offense, Zeke’s role could change. The Cowboys may not feed him as much as they used to, and/or they may utilize his receiving skills more than they used to. We just don’t know yet. How Moore utilizes Elliott could have a lot to do with his upcoming contact negotiations. The Cowboys also have leverage with franchise tags.

As Hasnon noted in the article referenced above, one of the Cowboys 30 pre-draft visits is Alabama running back Damien Harris. He’s no marginal talent. The Cowboys prize those pre-draft visits, his presence on the list could be an indication about the future.

Zeke is a fantastic football player. He’s done nothing but give his best to the Cowboys and it would hurt tremendously to see him on another team making plays. Not getting him on a second contract would also be a poor use of that high draft pick spent on him. Still, unless he is willing to sign for a team-friendly deal, the Cowboys should move on to the new NFL. The passing NFL. Zeke isn’t replaceable, but his position is.

It’s hard to hold back the tides of change.

Running backs once ruled the NFL; use the run to set up the pass, went the old adage. But it’s a passing league now; leaguewide pass attempts have steadily risen since 2008. Running backs are frequently used in specialist roles: Teams have their smaller, shiftier passing-down backs and their bigger, stronger short-yardage/goal-line backs. Feature running backs still exist, but even their rushing workloads have receded.

Zeke is a workhorse, it’s too bad his position no longer is.