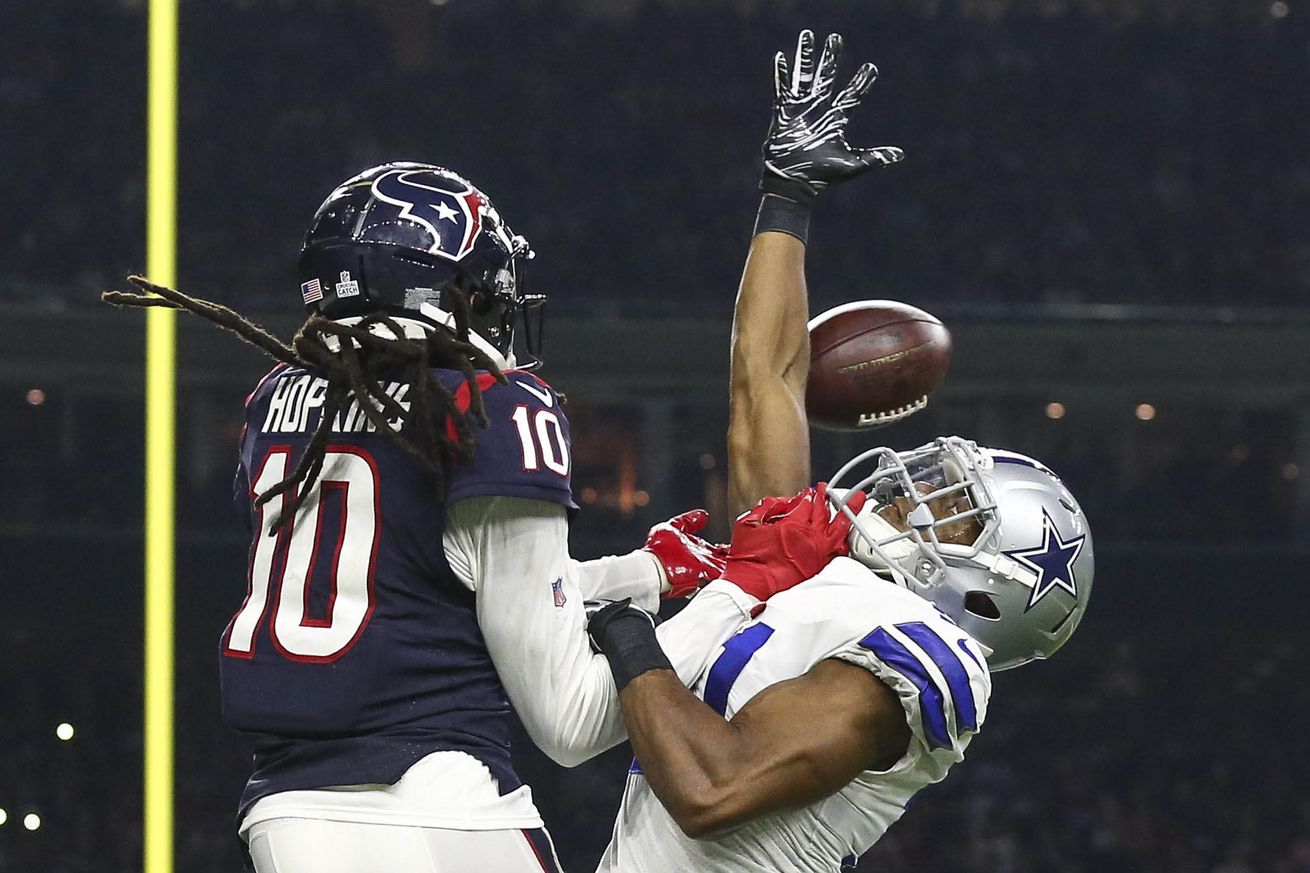 The Cowboys corner will be a free agent after this season. How much is he worth?

Once the Dallas Cowboys decided to move Byron Jones back to corner on a permanent basis in 2018, his career took off. A first-round pick in 2015, Jones had started out as a corner but was shifted over to safety where he stayed for a few years. His time at safety was marked by inconsistency as his instincts and skill-set never quite matched up to the position. Kris Richard took one look at his size and skill-set and knew that corner was the place for Jones in his defensive secondary. It turned out to be the right move.

Jones had a Pro Bowl year in 2018. The first two thirds or so of the season he was playing among the best cornerbacks in the league. The final third saw his play drop off a little as he started to give up more catches and touchdowns, while accumulating penalties. Turns out Jones had picked up an injury that was affecting his play.

Not only did it affect his play, but it had a two-fold impact on this offseason. One, the major one for the short-term, is he had hip surgery which will likely keep him on the sidelines throughout the offseason. His being available for Week 1 is still in question. The other result of the injury is the Cowboys are in no hurry to extend him. He was already in line behind some of the other stars the Cowboys need to sign, but he’s now likely pushed until the 2020 offseason for a new contract.

With that in mind, Jones shows up in an article about free agents who are likely to cash in during the 2020 offseason. Of course a lot can happen between now and then. How Jones recovers from his hip surgery and plays in the 2019 season will obviously have a lot to do with the money he can make when he hits free agency. Bleacher Report went ahead and took a stab at what kind of contract Jones could get.

The Dallas Cowboys have a list of stars to pay this year, including quarterback Dak Prescott, wide receiver Amari Cooper and running back Ezekiel Elliott, who’s eligible for an extension. Jones may cash in with another team flush with cap space in 2020.

That would put Jones at an average of $14 million per year. He would be tied for fifth among corners with Kyle Fuller, trailing Josh Norman ($15 million), Trumaine Johnson ($14.5 million), Xavier Rhodes ($14.02 million) and Patrick Peterson ($14.01 million).

The Cowboys will have some decisions to make about their corners in 2020 if they don’t extend Jones before that. He will be a free agent, as will Anthony Brown. After that, Chidobe Awuzie and Jourdan Lewis will be free agents the following year.

So BTB, would you give Byron Jones $14 million a year for five years?