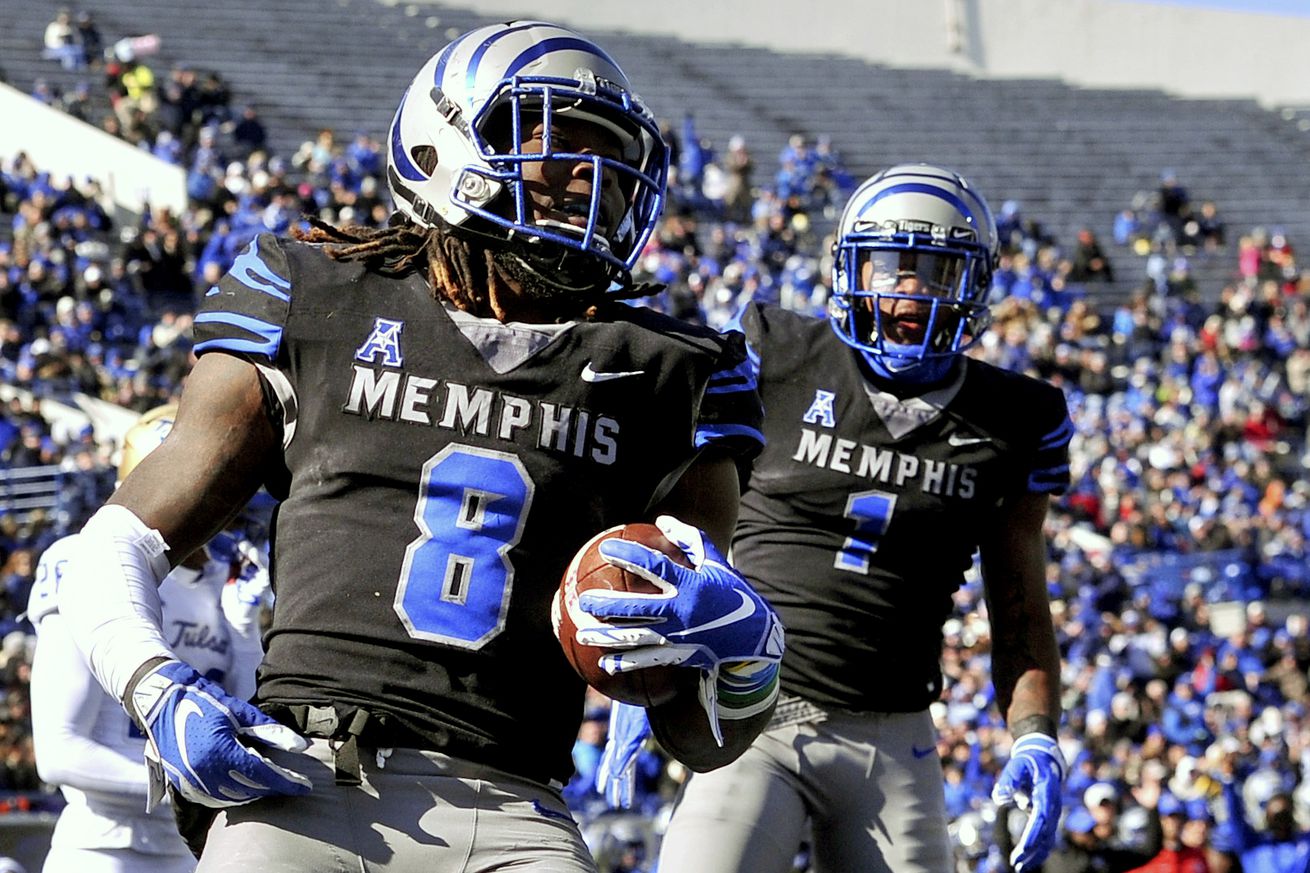 The Memphis running back would be the perfect complement to Zeke.

Given that the Cowboys have done next to nothing to secure a legitimate backup running back to Ezekiel Elliott thus far, it seems highly likely that they’ll be looking to grab one in the draft. This is a smart approach, given that many of the more talented running backs tend to come off the board later than usual in recent years. Dallas can potentially land a great player with one of their day three picks.

Darrell Henderson could be one of those great players. In three seasons at Memphis, Henderson made a name for himself as a dynamic threat with home run potential, tallying nearly 3,500 career rushing yards and 758 career receiving yards for 44 total touchdowns. In 2018, Henderson split time with Tony Pollard, another running back in this draft class, and still racked up 1,909 rushing yards, averaging 8.9 yards per carry.

In watching Henderson play, one of the first things to stick out is how he has great balance when running with the ball. Not that Memphis didn’t have a good offensive line, but they weren’t the sole reason for Henderson having such great numbers. A big part of it was that Henderson is just hard to tackle. Being 5’8” and 208 pounds helps with that, and Henderson’s balance does the rest. Check out these two plays where Henderson breaks multiple tackles for huge gains.

Darrell Henderson’s vision, speed, and toughness, he’s something else, and another RB I love that’s part of this deep and talented class. 5-8, 210, 4.49 40, and he’s a junior and we love them. #HereWeGo #SteelersDraft https://t.co/vPPXyWlhZv pic.twitter.com/aEPnsALPYn

In case you didn’t know, Darrell Henderson can FLY. pic.twitter.com/EhCCDW355B

Along with his balance, Henderson is exceptionally quick on his feet, able to stop and cut and change direction with ease. All of this combines to make him so hard for defenders to bring down. He doesn’t necessarily have breakaway speed, and his 4.49 40-yard dash reinforces that, but Henderson is so sturdy in his running that he doesn’t need to be lightning fast.

Despite not being a burner, Henderson is fairly explosive. He does a good job of bursting through holes when they open up. Henderson does a good job of leading his defender to a point where he can use his quick cut ability to get by them and miss the tackle. This trait is especially dangerous in the open field, but Henderson is effective at doing so between the tackles too, although not as well. His best plays tend to come on outside zone run concepts, usually with a pulling blocker or two. Coincidentally, the Cowboys like to do a lot of that in their scheme.

The threat that Henderson poses to defenses in the open field makes him an ideal weapon to use in the passing game as well. He saw a lot of screens and swings at Memphis, designed to quickly get the ball in his hands in the flat and let him go to work. It obviously worked out, as Henderson averaged 12 yards per reception in his three years in Memphis.

As far as running routes, Henderson doesn’t seem to have the nuance there to go up field and track the ball. He also doesn’t have the most sure hands, sometimes dropping passes or struggling to control the ball. However, when he does make the catch he instantly becomes a threat to take it to the house, especially if he has some blockers out in front.

When it comes to pass protection, Henderson is pretty weak in this category. He’s not egregiously bad but like most running backs entering the league, he isn’t all that capable of holding his own against incoming defenders. Relying on Henderson for blitz pickup is a good way to get your quarterback sacked, which limits Henderson’s ability to be a feature back in most offenses.

That, combined with his average speed, are the reasons that Henderson could potentially be available in the third round, and if things fell perfectly, maybe the fourth but that would be extremely lucky. He would be an explosive back that could create a lot of matchup problems for a defense while giving Zeke some rest in games. While Dallas certainly doesn’t want to take Elliott off the field too much, there could be some big gains to be had from trying to turn the duo of Elliott and Henderson into the Saints’ pairing of Mark Ingram and Alvin Kamara. However they might try to attack it, getting Henderson would give new offensive coordinator Kellen Moore a really fun toy to play with while also helping to preserve their star running back.