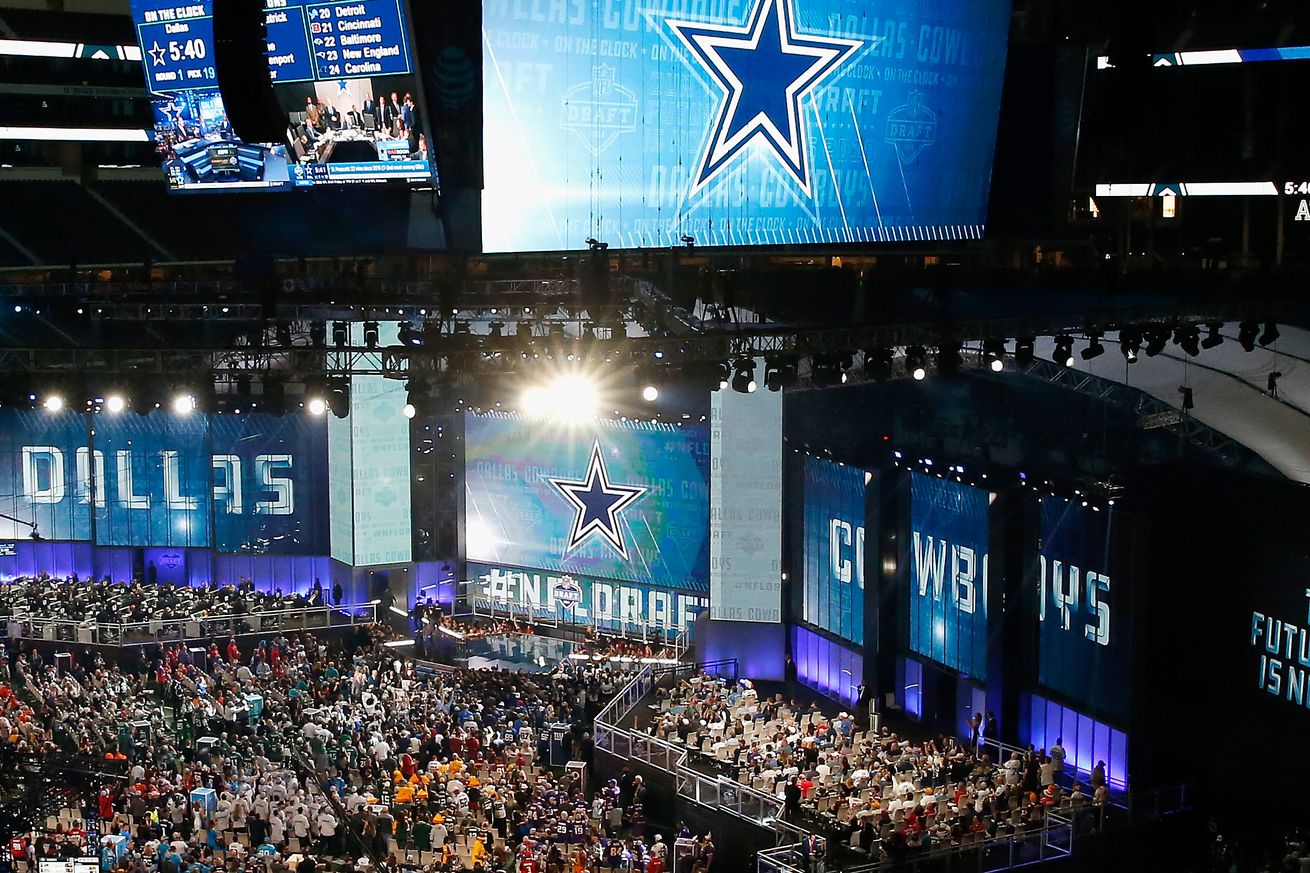 Which way should the Cowboys go at #58.

The Cowboys have shown a propensity to choose their first pick in a draft from the list of their pre-draft visitors. It’s not a given that it will happen, but a betting man would be smart to lay the money in that direction. So today, we’re going to see just who the community wants with that pick at #58 under the parameter that the player will come from the group of 30 pre-draft visitors.

Our own Tom Ryle dove into this subject recently and created a handy-dandy chart approximating the round each of the pre-draft visitors might go in. You can find the whole chart here. We’re going to limit our pool of draftees for pick #58 to just players projected in the second or third round.

Safety – This seems to be the priority position. The Cowboys have met with four potential picks at #58. Taylor Rapp appears to be primarily a strong safety who wouldn’t be totally lost in coverage. Juan Thornhill is a versatile guy who could even be a corner in some schemes. Johnathan Abram is strong safety hitter, an enforcer. Chauncey Gardner-Taylor is an aggressive seeker of the ball.

Wide receiver – The Cowboys have plenty of talent here, but they can always add firepower. Deebo Samuel is the route-running technician who could slide into the slot. Mecole Hardman is the speedster who could impact special teams, too. Emanuel Hall also has speed but played on the outside in college.

Running back – Damien Harris is a serious talent. He could be the backup, but would they be thinking about more for him in the future if they selected him?

Defensive end – Jaylon Ferguson has momentum among the Cowboys media; he’s a big production guy in a small-school environment.

Tight end – Jason Witten is here for this year, but there’s always the future. Jace Sternberger and Dawson Knox are contenders here.

So if all of those players were available at pick #58, who would you take?