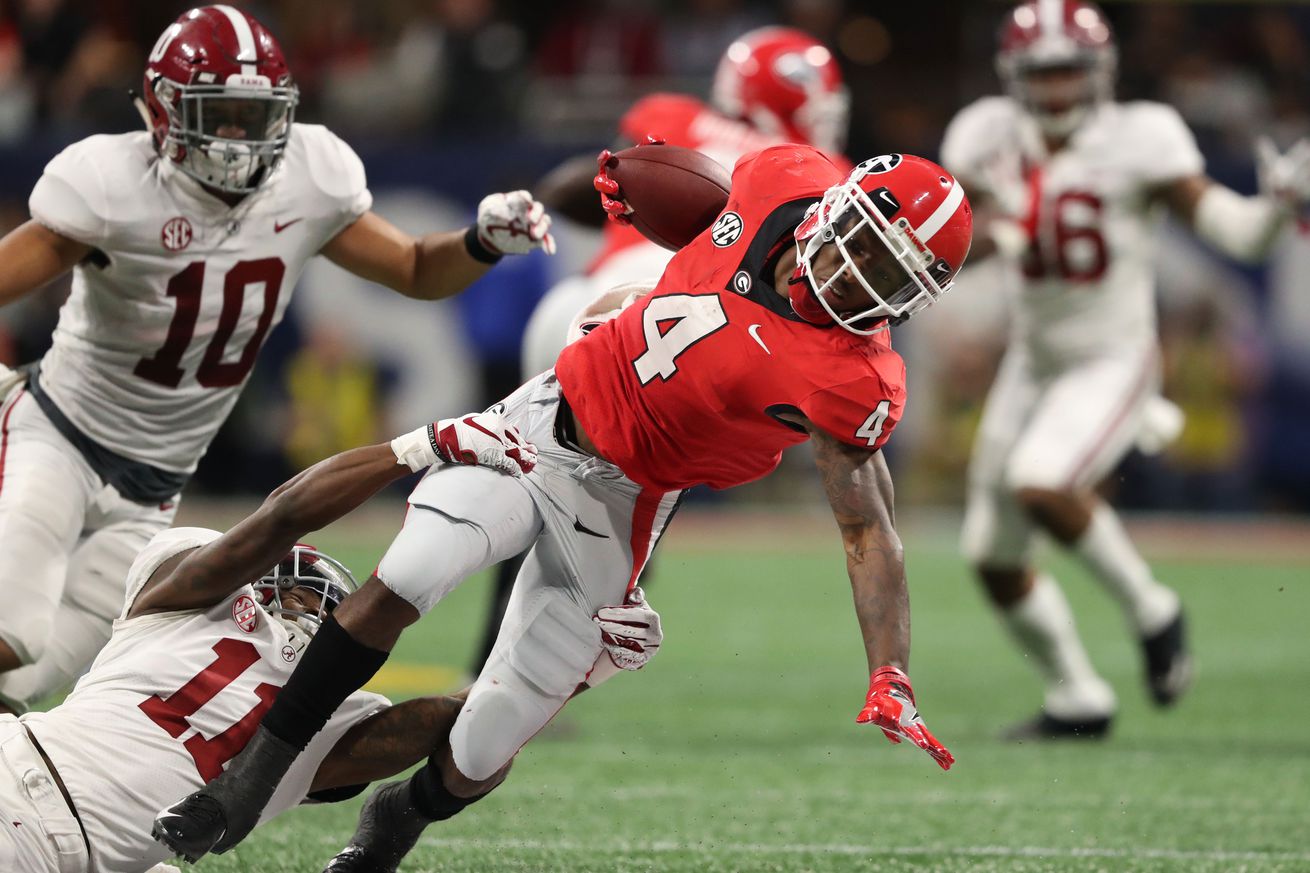 The Cowboys can maximize the value of their fourth round pick by targeting a receiver.

We know how important 30-visits are to NFL clubs and the Cowboys are one of those that use their visits diligently in the draft process. Knowing how likely it is that the Cowboys pick from their visitor’s list we can estimate that safety and defensive tackle are two positions they are targeting early. Four of the six safeties the Cowboys are keen on have late second-early third round grades and the three interior defensive line prospects are in the same boat.

Day three of the draft is always where the best teams go hunting for quality contributors that can help fortify the depth of the roster at a low-cost. Those mid-late-round prospects that a given team hits on are far more impressive than nailing a first-rounder. The fourth round has been very rewarding to the Cowboys recently as they found their franchise quarterback Dak Prescott with a fourth-round comp three seasons ago. The Cowboys will have two selections again in this year’s fourth round and it’s shaping up as a round that may present more value on the offensive side of the ball.

The Cowboys’ have been re-hauling their wide receiver room for the better part of two offseasons. The front office pulled off a great midseason trade for Amari Cooper and are exploring an extension for their top passing target as we speak. Behind Cooper is last year’s third-rounder Michael Gallup, free-agent acquisition Randall Cobb, Tavon Austin, Allen Hurns, and others like Cedrick Wilson that hope to factor in the discussion at some point. The Cowboys have plenty to work with at receiver and shouldn’t feel any desperation to take one early. In fact, that pick at 128 in the fourth round seems like it just might be the right time to snag one.

(Here is a chart of 15 wide receivers entering this year’s draft with various round projections. We’ll include all pre-draft visitors. All rankings are based of Dane Brugler’s prospect rankings at the Athletic.)

Of the above receiver prospects, there are several that really stood out as potential candidates should they still be on the board when the Cowboys pick.

Mecole Hardman is a personal pet cat because he has such a high ceiling with all that explosiveness. Now, he’s sort of a blank canvas in many aspects and needs a lot of work on route polishing as well as learning the nuances of his position. It’s no surprise that he’s in that third-fourth-round range but a lot of folks have trouble pinpointing where he will go. He doesn’t have the size that NFL teams prefer at receiver and he’s not yet learned how to win contested catches that he’ll be asked to make at the next level. However, his speed is tremendous, the upside is off the charts, and the athleticism is impeccable.

Emmanuel Hall is another great receiver prospect that has second-round talent without question. His abilities to make the biggest plays in crucial situations were on display countless times. His feet are electric and he’s so deliberate with his cuts that he can make defenders re-consider their choice of profession. The biggest issue with Hall is always going to be his availability, he just hasn’t been able to stay on the field. His long list of past injuries are going to be major red flags for some teams.

Jalen Hurd has all the right measurables and upside to become a legitimate weapon in the NFL. Hurd has one of the higher ceilings of any receiver prospect and he’s going to work his tail off to reach it. Teams are going to really admire his abilities to contort his body and make circus-like catches. Hurd has a ton of impressive traits but he’s got some past injury concerns and a tendency to be noticeably late on his timing of his routes. For a big-bodied guy, he’s not great at sustaining blocks nor does he make guys miss in the open field. Hurd is in need of a great teacher so he might be just the type of guy for Sanjay Lal and the Cowboys.

Penny Hart has his fan club among Cowboys fans and he was a proven commodity at the collegiate level. The production is fantastic and Hart gives you a great edge in the return game due to his suddenness. The agility is among the best in his class and he’s able to reach top speed in a blink. Hart goes after the football and wastes nothing to maximize every opportunity he gets with the ball in his hands. The downside here is that he’s really only fit for one role and that’s a slot receiver. He’s sort of a liability when asked to block as he often times looses his control and draws the flag. The team that takes Hart is doing so knowing that versatility isn’t his game.

Anthony Johnson, much like Hall and Hurd, has the NFL makeup with size, length, and very trustworthy hands. Where he stands out above some of these guys is his abilities on the broken play. With a QB like Dak Prescott, you need a guy that can sometimes bail you out when the ball may not be perfect or you’re having to throw on the move, that’s Johnson. He’s also one of the better route salesmen in this class which is something that will be on the Cowboys radar.

Johnson excels in man-coverage with defenders right on his hip, he plays with attitude on those contested throws, it’s his ball. Johnson does get a little chippy with defenders and the tendency to push off will draw OPI’s in the NFL. He does have a lengthy list of mechanical aspects to work on and he’s not much a threat after the catch. If he can refine the minute details and work on controlling a few bad habits, he’ll be an excellent receiver in today’s game.