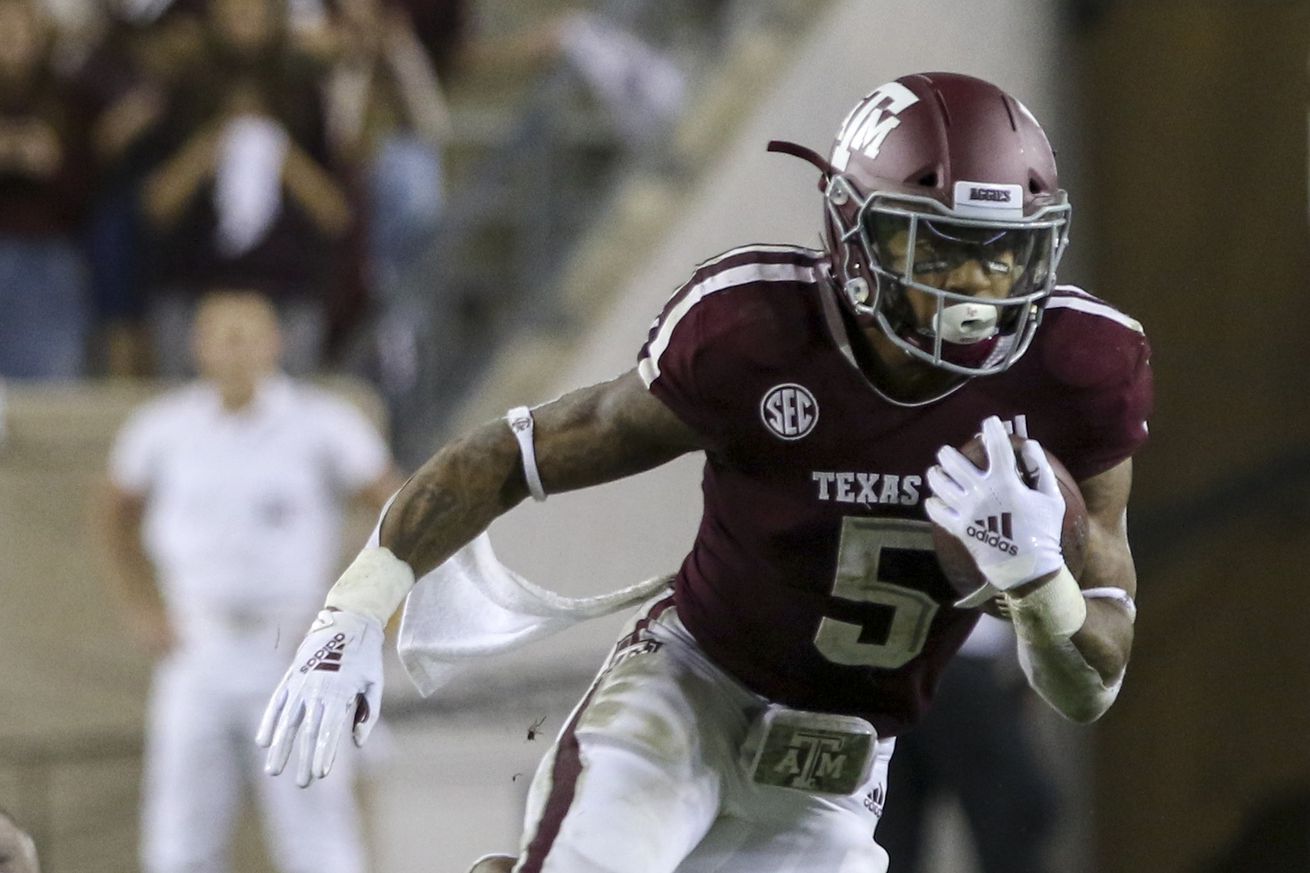 The Cowboys will be on the look out for a backup for Ezekiel Elliott but when will they pull the trigger?

The Dallas Cowboy don’t have any glaring needs entering the NFL Draft and you can thank the crack-shot staff over at The Star for that. They’re sitting in pretty good shape, but there are some positions where they could use some extra depth and running back is one of those spots. Nobody touched the ball more than Ezekiel Elliott last season as he had a league-high 381 total touches and there were times during the season where you could sense it was catching up to him. The Cowboys don’t want to overextend their star running back and wear him down by the postseason, so grabbing a quality backup in the upcoming draft would be a smart investment. But when should they pull the trigger?

It’s a slippery slope because whomever they pick is going to be buried behind Zeke on the depth chart. But at the same time, the team could benefit from selecting one of the more talented players to keep that ground attack deep and fresh.

There will be too many other quality options with the team’s first draft resource to where it doesn’t make sense to burn it on a running back. The Cowboys can afford to wait.

It’s not a surprise that Alabama features many of the top athletes entering the draft, but it is a little surprising to see that they have two of this year’s top running backs. While teammate Joshua Jacobs should be the top running back off the board, his backfield partner Damien Harris shouldn’t be too far behind. In fact, Harris isn’t likely to make it to 90, but that’s what it would take to hear his name called for Dallas. Harris has the ideal frame with the physical presence to endure the smash-mouth running attack the Cowboys employ. He doesn’t dance around a lot as he’s a north and south runner. Harris shows great patience to allow the holes to open up and can be useful as a receiver out of the backfield.

Harris isn’t a burner and he doesn’t have that sudden burst. While his vision is great, he doesn’t posses a lot of wiggle in his runs to elude defenders. Although he would fit more into the “smash” role in a smash and dash tandem, Harris is well-rounded enough to take on an every-down role if needed.

The Cowboys star running back is very good at reading the running lanes and making good decisions where he needs to go. Hill is very good at extending plays from his will to just find more space to run. He does a good job with his cuts, maneuvering through space and has the speed to make it count.

Hill uses a lot of extra motion when he runs and he won’t have so much time to dance at the pro level. He also has a tendency of pushing through areas were the holes aren’t there, essentially running into his own blockers. Hill isn’t that great of good blocker in pass protection. While he doesn’t punish his opponents, his ability to make defenders miss will earn him plenty of snaps in the NFL.

The Aggies running back is one of my favorite backs to complement Zeke. Williams is a high character guy who looks explosive when he get’s a full head of steam. He has nice burst and will find extra running room by popping outside, making it hard for defenders to get a clean shot at him. He’s also a really strong pass protector and can be useful as a receiver.

Williams is a smaller back, standing out just 5’8”, but he plays a lot tougher and durability doesn’t seem to be an issue. His vision isn’t great and he’s not shifty enough to create space for himself, but he can be dangerous when get’s going.

The Buckeyes running back may not have the tools to be a featured running back in the NFL, but he’s got good traits that would fill a nice complementary role to Elliott. Weber has good vision and is an instinctive runner. He is agile to bounce around and find running lanes. He’s also a good receiver and can be useful in the passing game, however he’s not very effective in pass protection.

Weber doesn’t have the burst and he plays with one running speed, but he’s a smart player and does a great job of taking what’s available. While he’s not exceptional at any one thing, he’s very solid at a lot of different things and could be a nice jack-of-all-trades addition.

If it was a year ago, Stanford’s Bryce Love would’ve been drafted much earlier than he’s going to go this season. In 2017, he was coming off a 2,000+ season where he churned out over eight yards a carry. Injuries and substandard blocking put a damper on this past season, but Love still offers a lot to like. He’s a high-character guy who is very intelligent. He’s got happy feet who has the speed to be a home run threat.

Love is coming off a torn ACL late in the year and the health concern will impact his draft stock. His running style is a little distressed and he doesn’t exhibit the patience to allow lanes to open, but he can be explosive.

Pollard was used in all kinds of ways and will be a nice gadget player for any team. He’s a good receiving back and excelled as a kick returner. Unfortunately, when it comes to the running back position, Pollard is rather vanilla. He doesn’t have the burst, but his vision is decent and he’s able to make enough people miss.

Pollard won’t be able to step in and be the bell cow should Zeke miss significant time, but he’ll make a nice change of pace back. Should the Cowboys miss out on a running back early, Pollard could make a nice end-of-draft option.