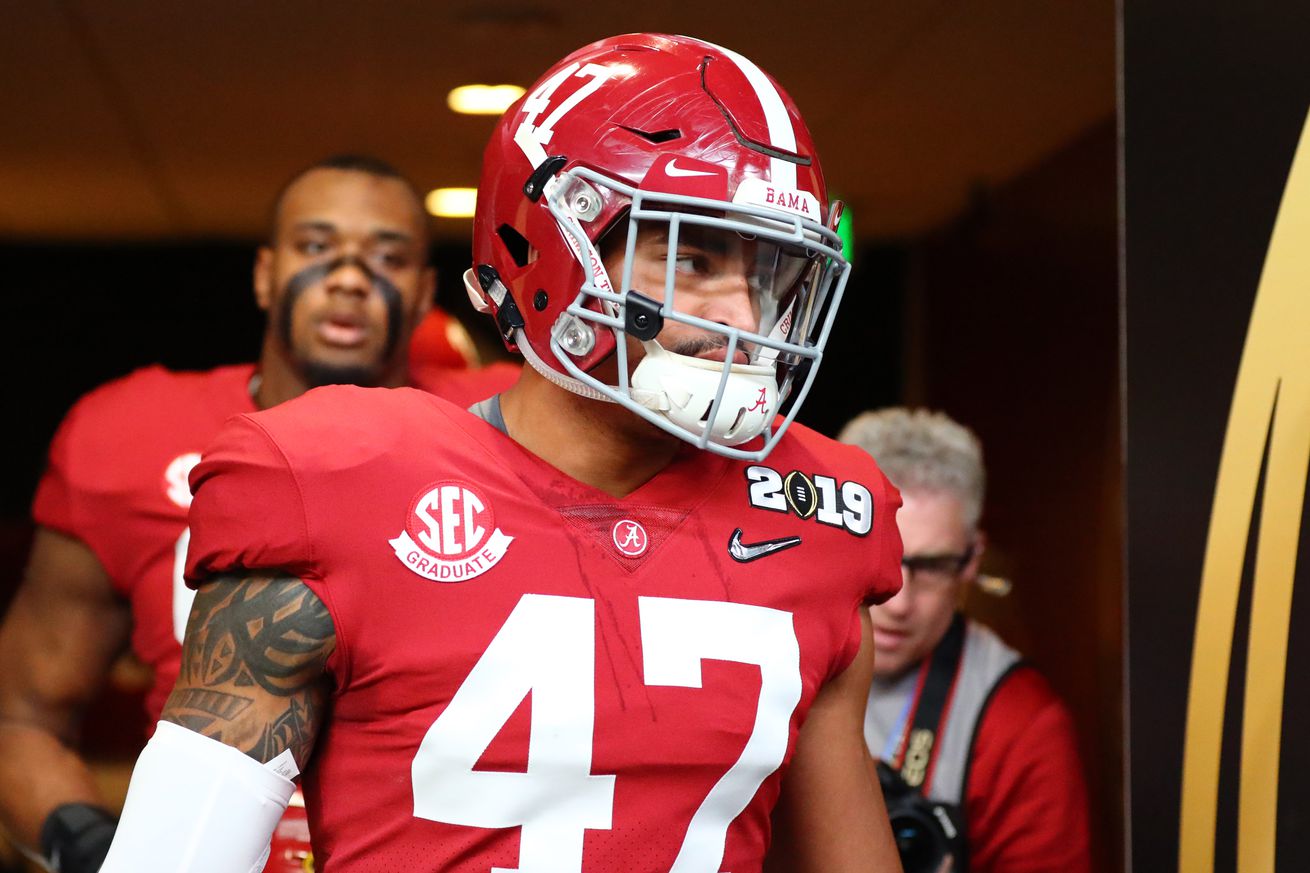 You can never have enough pass rush

The Cowboys took steps in the offseason to fortify both their defensive end and linebacker positions: trading for Robert Quinn, signing Kerry Hyder, restructuring Sean Lee’s contract, and extending Justin March-Lillard. But it seems that Dallas is still looking to bolster either of those positions in the draft.

That’s where Alabama’s Christian Miller enters the picture. Playing in a 3-4 front in college, Miller was used as an edge-rushing outside linebacker, meaning that he’d probably fit best as a defensive end in the Cowboys’ scheme; however, Miller has been listed as a linebacker when it was announced that he had a pre-draft visit scheduled with the Cowboys, suggesting they might see his positional fit differently.

In scouting Miller, though, it’s absolutely his pass rushing skills that jump out the most. He had a good amount of snaps from both alignments, standing straight up or down in a three point stance. In both techniques, Miller demonstrated quick get off and was able to burst up the field. Coming off the edge, Miller has some terrific bend that allows him to take great angles against opposing tackles. That pairs nicely with his quick get off to make him a threat off the edge, especially against slower tackles.

Miller also does a good job with his hands when engaging blockers. His long arms (35 1/8” long) allow for him to get great extension against linemen, and his high motor keeps his feet active to get good leverage. Miller is quick with his arms, shooting out to stun the blocker and drive them back. Furthermore, Miller also knows how to break free and disengage from the lineman, either to move around him or get after the runner.

To that end, Miller also has an impressively deep repertoire of pass rushing moves. It seems as if he knows every single move in the book, and he’s mindful to employ all the different moves with enough frequency to keep opposing tackles guessing. The issue here is that while Miller has a deep set of moves, he’s not always fundamentally sound in executing his moves. At times, he can play outside of himself and get a bit crazy, which allows for tackles to handle him easier.

Miller wasn’t used in run defense too much, as the Crimson Tide sought to utilize his pass rushing skills as much as possible, but Miller looks good against the run. Just as he uses his length and active hands in pass rushing, Miller is able to get off blocks rather cleanly. It’s hard to tell just how good he is at processing plays and diagnosing where the ball is going, given his low usage as a traditional linebacker, but Miller has the athleticism and lateral agility to move around the field.

Miller isn’t the most refined tackler, and the angles he takes aren’t always ideal, but he brings a lot of power behind him when he goes in for the tackle. In the open field, Miller probably can’t be relied on too much as the sole tackler, but coming off the edge that’s rarely the case. Still, Miller has some good short area quickness to where he could be more than just an edge rusher.

In fact, the Cowboys might be looking at Miller the way they once looked at Kyle Wilber, which to say a linebacker/defensive end hybrid. Miller has the size and quickness to hold down a serviceable role as a SAM linebacker in base packages and switch to defensive end in pass rushing downs. However, unlike Wilber, Miller has much more athleticism, pass rushing prowess, and burst off the line of scrimmage.

If the Cowboys were to take Miller, regardless of how they plan to use him, he’d be able to carve out a role early on in rushing the passer in sub packages. If Dallas also likes him as a linebacker in base formations, he’d form a nice trio with Leighton Vander Esch and Jaylon Smith as well. Regardless, Miller is a tantalizing prospect that could significantly improve the Cowboys defense. If they want him, they might have to use pick 58 to get him, as players with the kind of pass rushing skills as Miller don’t tend to last too long.