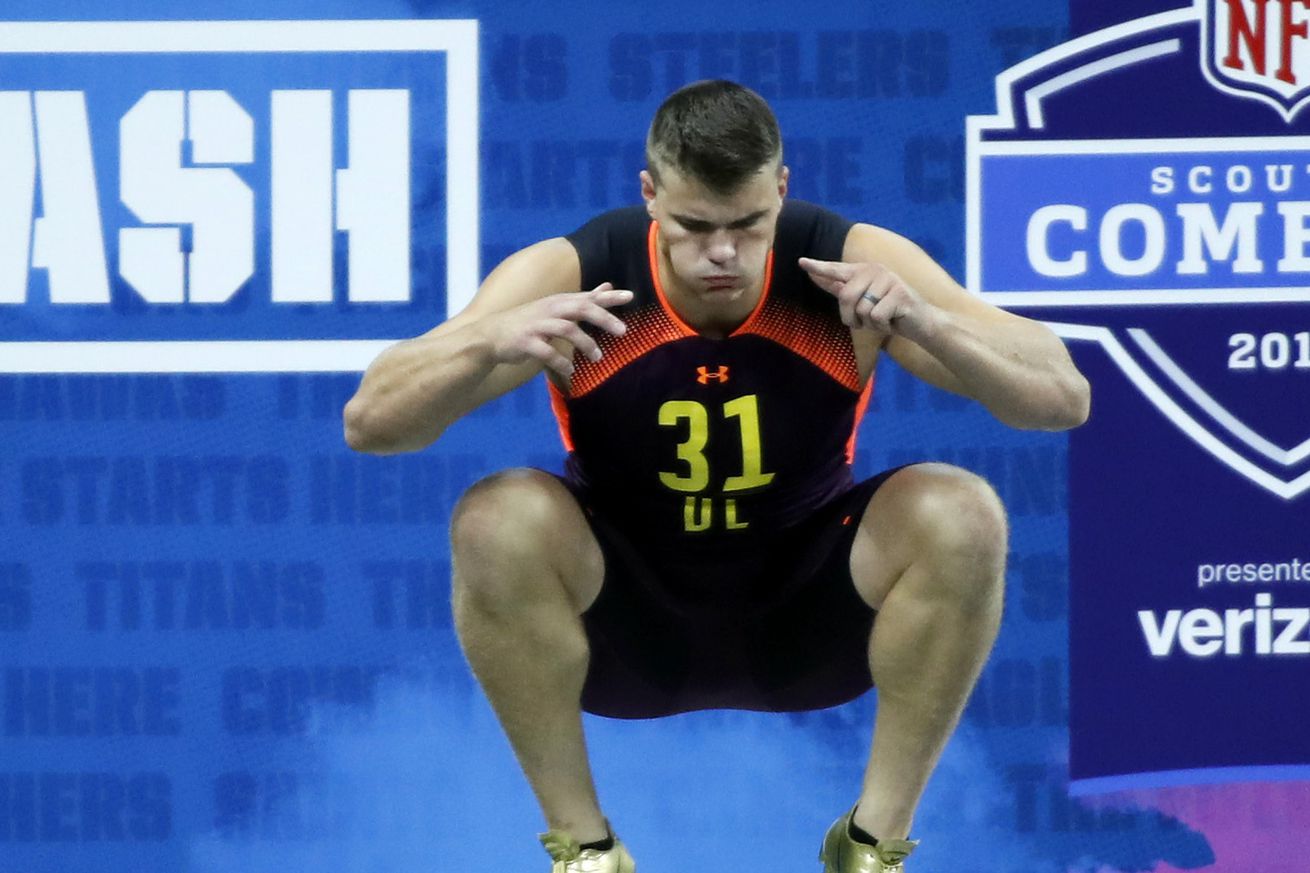 It’s about time for the Cowboys front office to do what they do best.

Can I get a big round of applause for the Cowboys front office for doing such an outstanding job so far this off season. DeMarcus Lawrence has finally been extended – Tank you very much! Robert Quinn is also on this football team. The offense has a new toy in Randall Cobb, and while nobody ever talks about it, re-signing swing tackle Cameron Fleming was quietly one of the best moves this offseason. Of course, that gets buried under so many other great moves so I can’t blame people for forgetting all about that. And let’s not forget that the Cowboys are already leading the 2019 first-round draft grades after acquiring the soft-spoken, but super-talented Amari Cooper from the Oakland Raiders.

While all that is great, this is no time for reflection. The Cowboys have a big job ahead of them this weekend as they attempt to do what they do best – draft like a boss. Despite sitting helpless while 57 players go of the board, the team will need to be ready to find quality players when they are on the clock. There are plenty of great players to choose from and even though all the other teams will have a head start – expect the Cowboys to get it done.

The team has a pretty good system which is evident by all the great talent they’ve acquired over the last several years. They put an emphasis on “right kind of guy” players who can max out their potential. If Jaylon Smith wasn’t the high-character guy he is, who’s to say the team takes that gamble? Coming back from such a gruesome injury is not an easy thing to do, but the Cowboys knew he would do everything it took to rehabilitate himself. It’s still baffling at times to see him running around on the field the way he does.

The team also looks for many physical traits. They love athletic guys who may have some work to do in the football department. It’s no coincidence the team tends to go after some of the SPARQ’iest players in the draft. The coaching staff loves position flex. It might drive us fans crazy at times when players are moved around so much, but the added depth sure comes in handy. There are also specific football traits the team migrates toward. They want twitchy guys, they want skill players who can block, and if you’re going to play corner for Kris Richard – you better be big and strong enough to press off the line of scrimmage. Finally, you absolutely must be passionate about the game of football.

Many of these traits aren’t exclusive to just the Cowboys, but when you package everything together it paints a nice picture as to what the team looks for in their players. And as we often like to do over here at BTB, let’s take a moment to admire that picture and try to figure out exactly what it is we are looking at. Here are four players who just seem like the perfect candidates for the Cowboys first four picks of the draft.

Virginia safety Juan Thornhill has been mocked to the Cowboys at pick 58 quite a bit and for good reason. He’s the perfect candidate. If you look at everything about him, he just screams Cowboys’ pick. His combine performance was outstanding, drawing comparisons to Byron Jones’ record-breaking performance in 2015. Like Jones, Thornhill has spent some time playing both safety and cornerback so he has position flex. And his college production has been great as well, which put him alone on an island in OCC’s Superior Athlete piece for safeties. I mean, what’s there even to talk about? Thornhill’s the pick, right?

The question really isn’t – who will the Cowboys pick, but rather – will Thornhill make it to them in the second round? If he’s there, that’s where my money is going.

Bottom line: If the stars line up correctly, he’ll be the pick at 58 and we’ll all be really happy.

This year’s draft class of tight end features a few different players that look like they could be stars in the NFL. T.J. Hockenson, Noah Fant, and Irv Smith Jr. are at the top of the class, but unfortunately – they should all be gone before the Cowboys pick. In fact, they might not even make it out of the first round. And while there are three standout tight ends from this draft, we could very easily be talking about a fourth one had Ole Miss decided to utilize Dawson Knox a little more.

Regardless of his college production (or lack thereof), Knox is a top notch athlete. His SPARQ score is right there with Hockenson who projects to be a top 15 pick. He has great vertical speed to stretch the field, good hands, and sudden bursts out of his breaks. And while his in-line blocking needs work, he’s not terrible. There is just too much to love about what Knox can become once he really gets a chance to shine.

Bottom line: I’m not interested in a tight end unless they have enough upside to be one of the good ones in the league. Knox is one of those guys and he could end up being a steal in the third round.

It’s one thing to be a great athlete. It’s another thing to produce on the field. And it’s so wonderful when the two collide and you end up with a great all around football player. That is what you have with Charleston’s John Cominsky.

Of course, production at Division II level is not the same as it is against the elite competition around the nation. So, clearly – Cominsky isn’t given the same level of respect as the top defensive linemen coming out of the draft. It remains a mystery as to how he’ll stack up against tougher competition, however some of the mystery was revealed after a good showing at the Senior Bowl. He can hold his own against the best of them.

Besides being a great athlete, Cominsky shows good pass rushing ability and can play both inside and out. That has to be music to the Cowboys ears as they salivate over position flex. He has a quick first-step and lives in the backfield. Cominsky needs work, especially when it comes to his pad level, but he just checks off too many boxes not to give him strong consideration later in the draft.

Bottom line: Remember how excited the war room was last year when Dorance Armstrong was still available when the Cowboys picked in the fourth round? Well, don’t be surprised if Cominsky is that guy this year.

Good things come to those who wait and that’s what the Cowboys can have if they hold out for a backup running back. At 5’8”, 206 pounds, the Texas A&M running back star doesn’t look like much, but once you put on the tape – all bets are off. He had 2,038 total scrimmage yards last year with 19 touchdowns. That’s a pretty nice way to finish out your college career.

Despite his size, he’s a tough runner. If you don’t wrap him up, he’s still going. He’s proven he can handle a heavy workload so and he’s an asset in the passing game – both as a receiver and in pass protection. Williams isn’t all that elusive so he’s not going to break any ankles, but he’s a slippery little sucker.

Bottom line: Between Justice Hill, Bryce Love, and Williams – you got to figure one of them will be there late in the fourth round. I’m holding out for one of these guys and if it’s Trayveon, I’m jumping for joy!