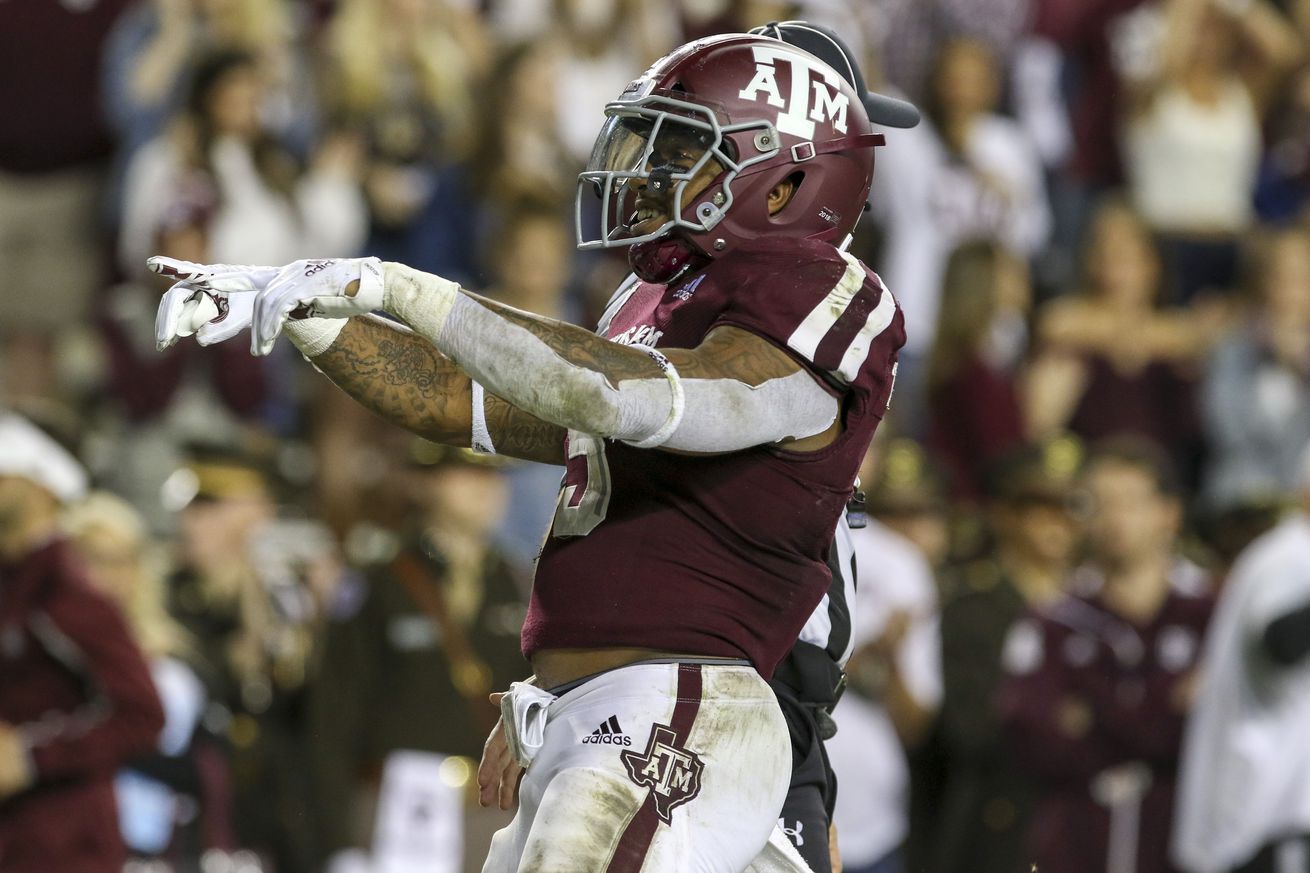 Most of the attention is on day two, but what will the Cowboys do with its fourth-round selection?

We’re so close to the 2019 NFL Draft! We have waited and waited since the Dallas Cowboys fell in the Divisional Round to the Los Angeles Rams and it is now just about here.

Obviously, most of the focus and attention is centered around the Cowboys’ second- and third-round selections. The Amari Cooper trade eliminated Dallas’ opportunity to select on the first night (barring a surprise — and unlikely — move by Jerry Jones), but there is still talent to be had at picks 58 and 90.

The Cowboys will also be focused on adding talent deeper into the draft, such as on day three. Their first selection of the third day is currently scheduled for pick 128. It remains to be seen what Dallas will address on the second night of the draft — will the team a new weapon for Dak? A defensive tackle? What about a safety that they so desperately need?

Whatever the front office decides on, Dallas will likely have some tough decisions to make in the fourth round. Here are just three prospects that the Cowboys could have their eyes on when they come on the clock on Saturday.

A secret big need for the Dallas Cowboys entering this week’s draft is the running back position. Ezekiel Elliott is fully entrenched as the team’s workhorse in the backfield — and Stephen Jones confirmed that the team will pick up the running back’s fifth-year option — but bringing a change-of-pace or third down back would be a smart move.

We are seeing more and more teams across the league adopt the “running back by committee” approach — the Patriots with Sony Michel, Rex Burkhead, and James White; the Falcons with Devonta Freeman and Tevin Coleman (before Coleman left); the Bears with Jordan Howard (pre-trade) and Tarik Cohen; the Titans with Derrick Henry and Dion Lewis; there was also the Saints with Alvin Kamara and Mark Ingram last season.

You get the point. Having a stable of backs — or at least two that you can play on the field — has become increasingly important. Zeke will still get 90 percent of the touches or so, but having another body can prove to be valuable over the course of the season.

This is where Trayveon Williams comes into the picture. The highly productive Texas A&M product ended his career in College Station on a high note — rushing for 1,760 yards and 18 scores in 2018, including a whopping 236-yard, three-touchdown performance in the Aggies’ bowl game.

Williams has the quickness to hit the homerun and also possesses the ability to be a pass-protector. That combination could be attractive to Will McClay and the Jones family as they look to add another back. The A&M back does struggle to see the field, which could be problematic on the next level, but there could be enough upside there to grow into a complementary back.

The Cowboys locked up DeMarcus Lawrence, but you can never have too many pass-rushers. This draft is loaded at the top with the likes of Nick Bosa, Brian Burns, Montez Sweat, and Josh Allen, but there is value to be found deeper in the draft as well.

Alabama’s Christian Miller is one player that has various reviews — some are excited about the potential that he has, while others are concerned about his durability and lack of ways to get to the quarterback. Still, Miller is a player that can make an impact with the right team.

The Cowboys brought in the former Alabama EDGE for a 30-visit. Miller’s far and away best season was this past year for the Crimson Tide: 34 total tackles, 11 tackles-for-loss, and eight sacks. The former four-star prospect possesses length and impressive hand usage that could allow him to be a better professional than collegiate player.

Miller does not have many snaps too his name and has struggled to stay healthy, but the Cowboys could find a sleeper if Miller falls to the fourth-round.

Speaking of a prospect with varying opinions, Baylor’s Jalen Hurd is an intriguing player that has many wondering when he lands this weekend. The running back-turned-wide receiver possesses a unique combination of size, speed, and versatility.

Dallas was able to ink Randall Cobb to a one-year deal, but the team would likely want to secure that spot for the long term as Dak Prescott continues to develop as the franchise quarterback. The Cowboys brought in Deebo Samuel, Emanuel Hall, and Mecole Hardman for 30-visits in addition to the Baylor wideout.

Impressive body control and natural hands at the catchpoint pic.twitter.com/jQifDkXUV7

Hurd began his career as a highly-regarded running back prospect for the Tennessee Volunteers. Starting over Alvin Kamara, Hurd proved to be a productive back for the Vols before transferring to Baylor.

At Baylor, Hurd transitioned to the wide receiver position for the Bears. In 2018, Hurd had the opportunity for Hurd to present himself as a pass catcher. The former four-star recruit grabbed 69 receptions for 946 yards and four touchdowns in 2018, averaging over 13 yards per catch.

Hurd is a high-upside kind of prospect that can be a big boom in the Dallas offense. Of course, though, there is some risk in taking a receiver that is far from being polished and hoping he continues to develop. Overall, the Cowboys could take a flier on Hurd in round four.