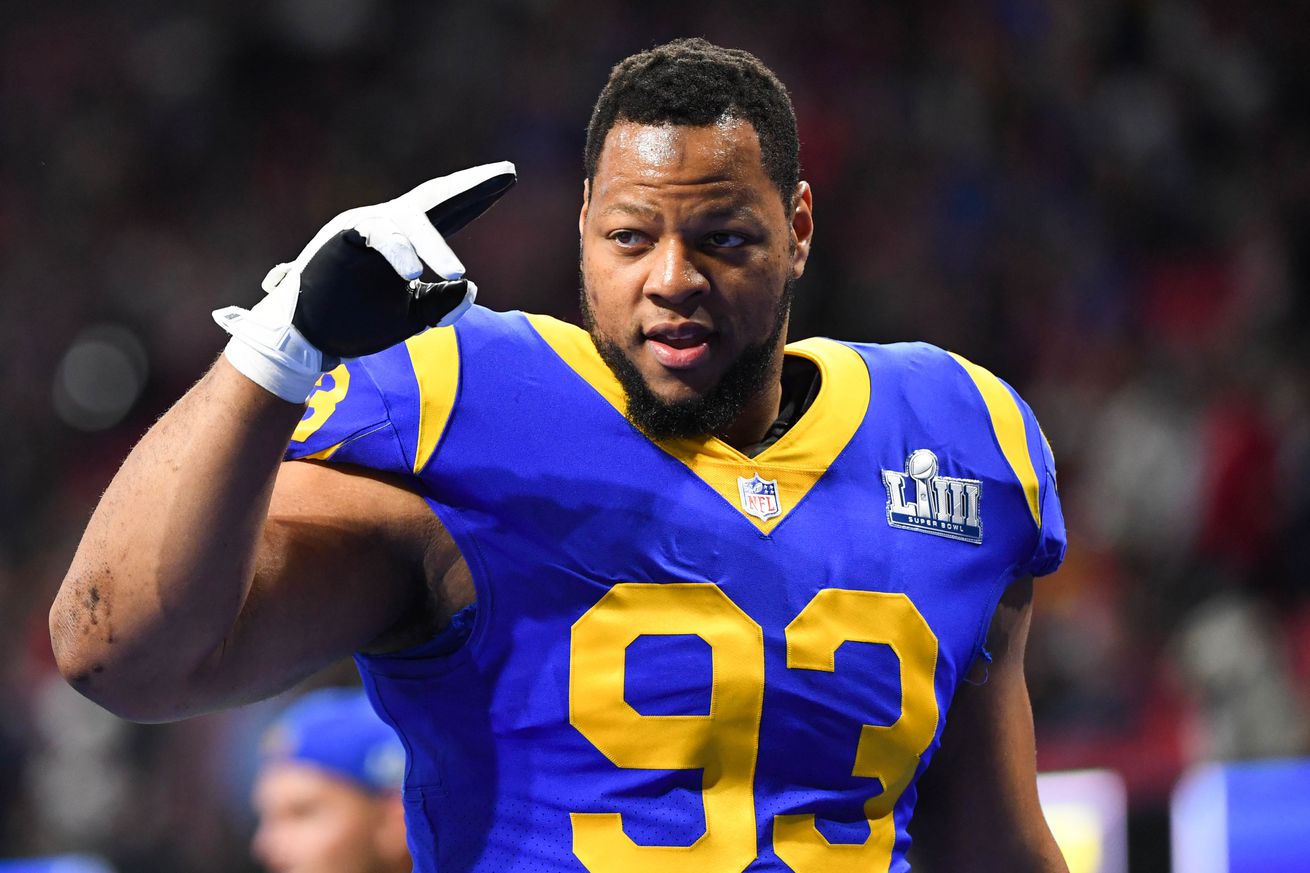 Anybody down for Suh?

When the Cowboys leave the 2019 NFL Draft they’ll likely have addressed defensive tackle. It’s one of their biggest positions of need.

Dallas tends to bring in journeyman after journeyman inside their defensive line, Rod Marinelli has a habit of making that work. It sure would be nice to give him a star player to work with, though.

An offseason ago one of the biggest names at defensive tackle was briefly connected to the Cowboys… Ndamukong Suh. That didn’t last long though and Suh ended up joining the Los Angeles Rams, an experience that allowed him to play in a Super Bowl for the first time in his career.

It seems that Suh is somewhat connected to the Cowboys once more, although this time it’s completely his own doing. Suh posted a photo on social media of himself trying on a few jerseys and asked for responses from people. He happened to be wearing a Cowboys jersey in one of the photos.

Tried on a few jerseys today, are we liking either of these? #NikeNYCHQ pic.twitter.com/nAEUE8g9h4

Ndamukong is still a free agent a few days outside of the draft. There’s no doubt that he’s a big name and one that would garner a lot of attention. Suh signed a one-year deal worth $14M with Los Angeles last season, perhaps that would be a floor for discussions with him.

Of course the Cowboys aren’t the only team that Suh is representing in this photo. He’s also rocking a Giants jersey, seeing him within the division wouldn’t exactly be fun. Wherever we see Suh end up it looks like he’s enjoying the process of getting people excited.