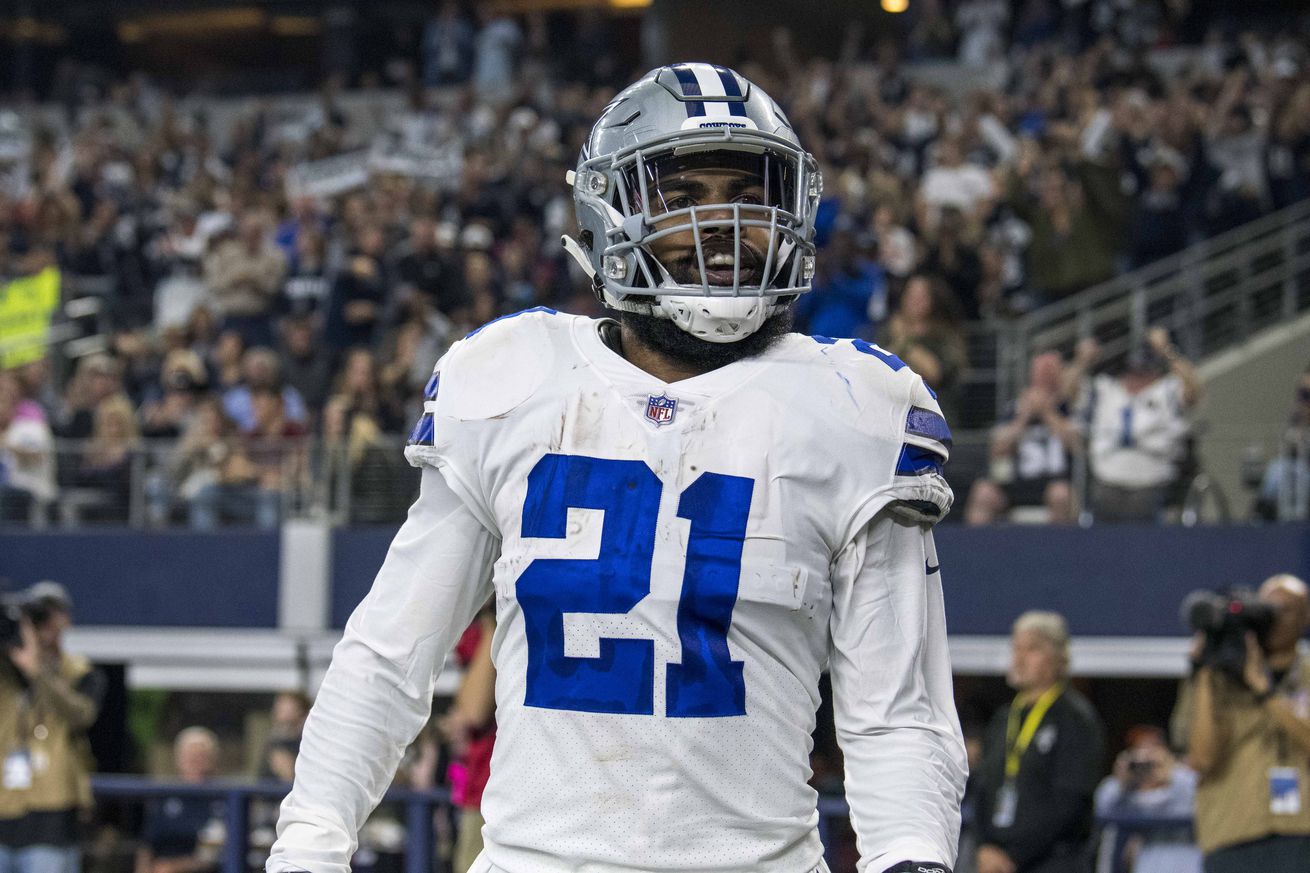 It was only a matter of time.

A week ago during their pre-draft press conference the Dallas Cowboys were asked about Ezekiel Elliott’s fifth-year option.

Stephen Jones announced that the Cowboys were “obviously going to do it” which was further implication (beyond the fact that it was obvious) that it was only a matter of time. The time has come, friends. The NFL’s leading rusher in two of the last three seasons has had his option picked up, per ESPN.

Again, there wasn’t a Cowboys fan who thought that this day would never come. Zeke has represented so much of the identity of the Cowboys offense since the team used the fourth overall pick on him three years ago, getting him under one more year with lower value is an absolute no-brainer of a decision.

The financial sides of the Ezekiel Elliott situation are interesting though. With his option exercised he is now under contract through the 2020 season and of course the Cowboys could theoretically use the franchise tag on him once or twice if they really wanted to. It was reported before the season ended that Elliott wanted a new contract, one has to wonder if that day will ever come given the perceived value of the running back position across the NFL.

To be fair though there has been a renaissance of sorts when it comes to ballcarriers getting paid handsomely. Todd Gurley and Le’Veon Bell have gotten big deals from the Los Angeles Rams and New York Jets, respectively, Zeke is certainly that caliber of player.

For what it’s worth the Rams picked up Todd Gurley’s option exactly one year ago today, April 24th. It was three months later (July 24th) when he signed his four-year, $60M long-term contract extension. Could we be following that same pattern with Ezekiel Elliott? Only time will tell.