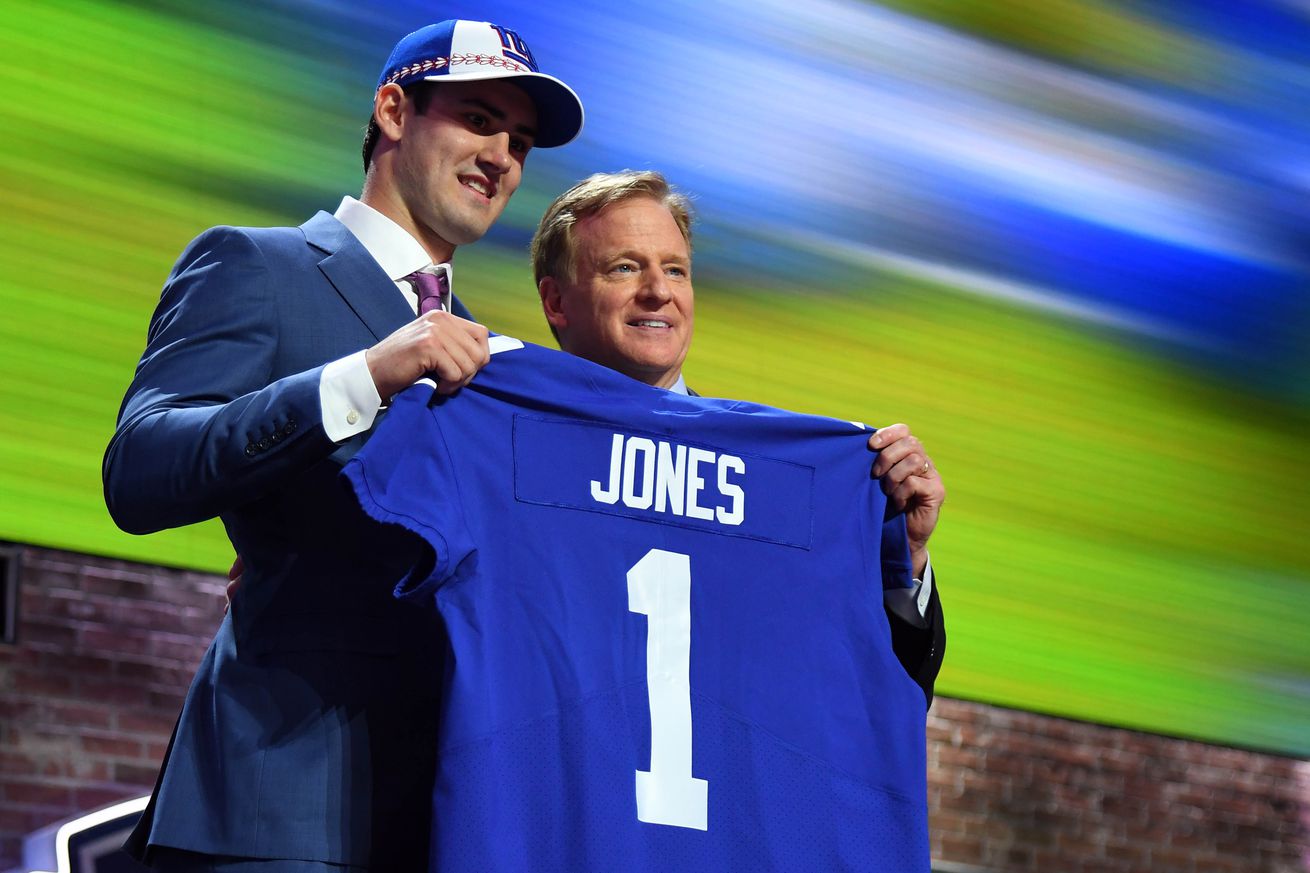 The Cowboys didn’t have a pick, but did they still win the first round?

The first round of the 2019 NFL draft has come and gone, and it sure was a doozy. Between trades up and down, surprising selections, and players falling completely out of the first round, a lot happened Thursday night. But a lot of the chaos seemed to center on what the three other teams in the Cowboys’ division did. How did their decisions grade out? Let’s take a look.

The Giants came into this draft with arguably the most pressure to produce. They traded away one of the NFL’s best receivers and decided they were going to roll with Eli Manning for the foreseeable future. They had holes just about everywhere on defense and needed to find a quarterback of the future.

Technically, they addressed all of that Thursday night. But not how many would expect. Daniel Jones got a lot of hype throughout the draft process, but many draft analysts don’t see it. The biggest connection is that Jones was coached by David Cutcliffe in college, who also coached Manning in college. That’s not enough and Jones’ tape wasn’t terribly impressive either. Add in that both Dwayne Haskins and Drew Lock were available, as well as edge rusher Josh Allen, and this pick looks pretty bad.

Dexter Lawrence was a bit of a surprise, as many thought he’d go in the end of the first round at best. He’ll fit in well as a nose tackle in their 3-4 scheme, but there’s questions to be asked about the value here. Later, they traded back into the first round to get the Seahawks’ 30th overall pick to get a cornerback, but they didn’t even take the best cornerback in the draft. DeAndre Baker is good, but again, you have to question the value of the pick relative to the other players on the board.

Rumors were swirling all day that Redskins owner Daniel Snyder had taken over the draft and was determined to trade up for a quarterback. In the end, he stayed put and still got a quarterback, and ended up looking smarter than Giants general manager Dave Gettleman. Told you this draft was weird.

Getting Haskins at 15th overall was great value, considering that Haskins was arguably the best quarterback in the draft. He may not start right away, but Haskins has some great potential and, at least in the short term, seems to be a good fit for Jay Gruden’s offense. You can question how successful Haskins can be with the talent around him on this offense, but that doesn’t detract from the quality of this draft selection.

But the Skins weren’t done. They traded back into the first round, not content to just wait until Friday night. They got the 26th pick from the Colts and took Montez Sweat, a talented pass rusher who fell due to a heart condition. Naturally, there’s a big question mark over Sweat because of that. Nobody can be sure of what will happen down the road, but for Washington to trade up to get him, that likely means their team doctors have medically cleared him.

Based on talent alone, Sweat is a top tier prospect in this draft. At one point, many mocks had him going in the top ten. And Washington was able to get him at 26th overall. Combined with their selection of Haskins at 15, the Redskins are (oh God, I’m really about to say it) off to a really great start in this draft?

Grade: B+ (could be higher depending on Sweat’s health)

The Eagles may have “only” taken one player in the first round, but they did follow the trend of the other two NFC East teams by moving around a bit. After the Packers shocked everyone by taking safety Darnell Savage 21st overall, Philadelphia acquired the Ravens’ 22nd pick.

For a moment, Cowboys fans had to be holding their breath. Several impact wide receivers – DK Metcalf, Marquise Brown, N’keal Harry – were still on the board, as was Sweat. Instead, the Eagles surprised a lot of us by taking offensive tackle Andre Dillard. Now, don’t get me wrong: Dillard is a great lineman, and he’ll almost surely have a long, accomplished career blocking for Carson Wentz or whoever is the Eagles quarterback ten years from now. And it seems that Philadelphia wanted to make the move they did to avoid the possibility of the offensive line-needy Texans taking him at 23rd overall.

But with Jason Peters and Lane Johnson the two starting tackles heading into 2019 and starting-caliber Hal Vaitai as the swing tackle, was this really the best way for Philly to go? They have needs all over their secondary, and there were plenty of talented corners and safeties available in addition to any of the electric offensive skill players. Dillard is a decidedly safe pick, and definitely a good one, but it’s fair to ask if he’ll end up being a great pick.