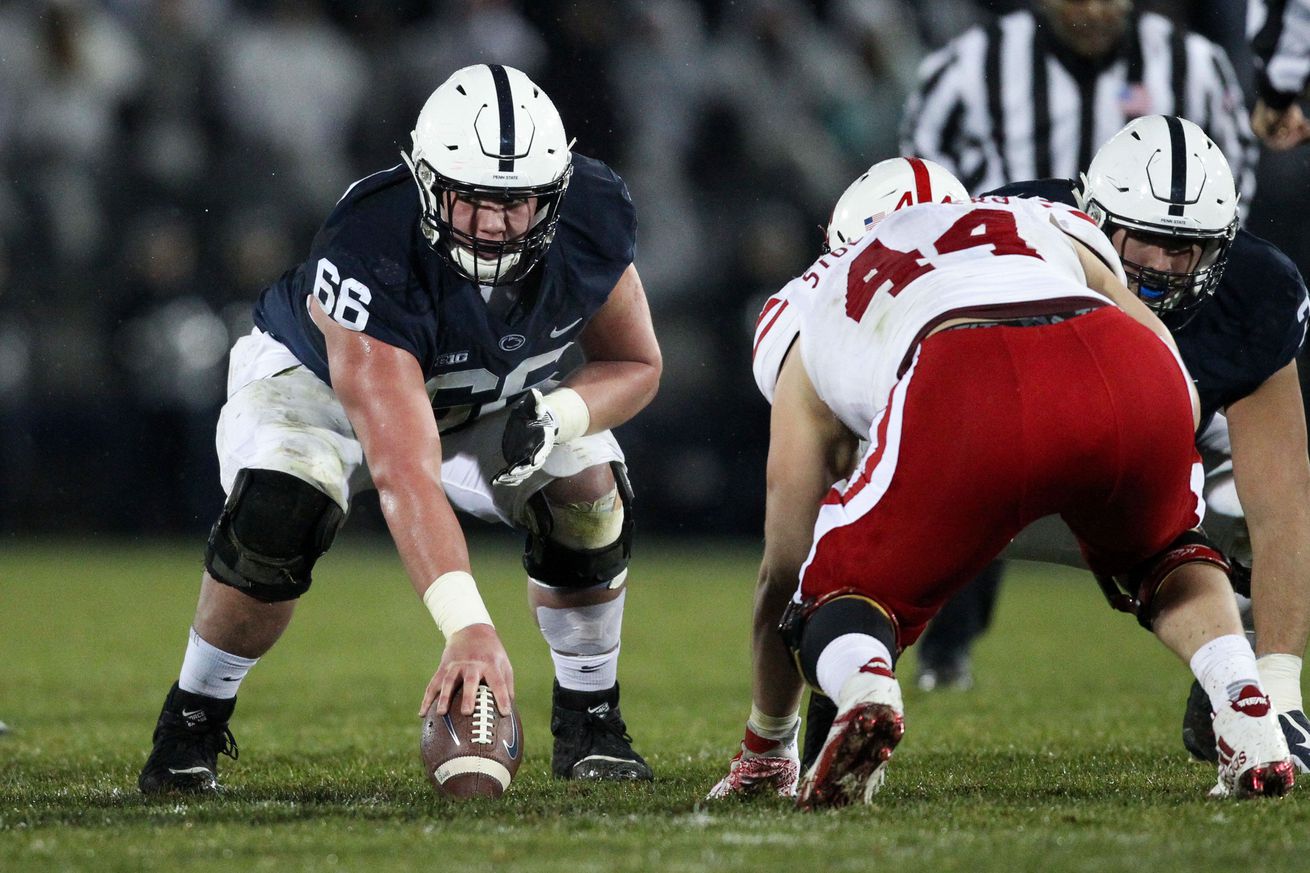 The Cowboys picked up Connor McGovern in the third round, how’s everyone feeling?

It’s puzzling for many with safety on the tip of everyone’s tongue but offensive line also happens to be a position that the Cowboys typically nail:

Connor McGovern was my top OL still on the board so hard to hate on that one for me. Maybe Williams is at RT a year from now?

Let’s check the pulse of everyone from media to fans on their reactions to the pick:

Connor McGovern was one of my last second round grades on my board. Truly a BPA pick… and I love it.

Connor McGovern is No. 76 on the PFF Big Board

Connor McGovern! My 51st overall player. I absolutely love it. A forward-thinking move by the Cowboys.

An absolute steal by the Cowboys at 90. Here’s my scouting report.

MY GUY. A slam-dunk second round grade. pic.twitter.com/ALVpGapA5w

New #Cowboys iOL Connor McGovern drives the slanting 3T to the ground on this zone read. Has a tendency to pop up out of his stance a bit though. pic.twitter.com/niLL8Pk6ff

With the 90th pick in the 2019 NFL Draft, the #Cowboys select Connor McGovern, OC, Penn State.

Connor McGovern was pretty nervous when he saw the area code:

Connor McGovern: “It’s always been a dream of mine, since I was five years old, just hearing my name called… and then I saw the Dallas area code, and my heart started pounding, because of the o-line here.”

@dallascowboys newest OL Connor McGovern on if he feels “pressure” getting drafted by a team with a terrific o-line: “I wouldn’t say it’s pressure, I would say it’s more excited…it sets the bar.” As for his best traits: “My physicality, athleticism and versatility.”

Then there are those reactions of what does this mean? How is the recovery of Travis Frederick really going? Connor McGovern is projected to be a starter with second-round talent, is he replacing someone in 2019 or 2020?

So uh yeah pretty surprised by the pick of Connor McGovern. Do like the player.

For those who wanted Connor Williams moved to RT … maybe you’re getting your wish?

I’m not sure what to make of this move

Those thoughts were shot down rather quickly:

This pick has nothing to do with Travis.

It was really about the Cowboys going with the best player available and Connor McGovern was their highest rated player left:

Jason Garrett said pick of McGovern was example of team sticking to board: who’s the best player up there? …Let’s take this guy, he’s going to help this football team.

Talk about depth at a position, does anyone have anything close to what the Cowboys have on the offensive line?