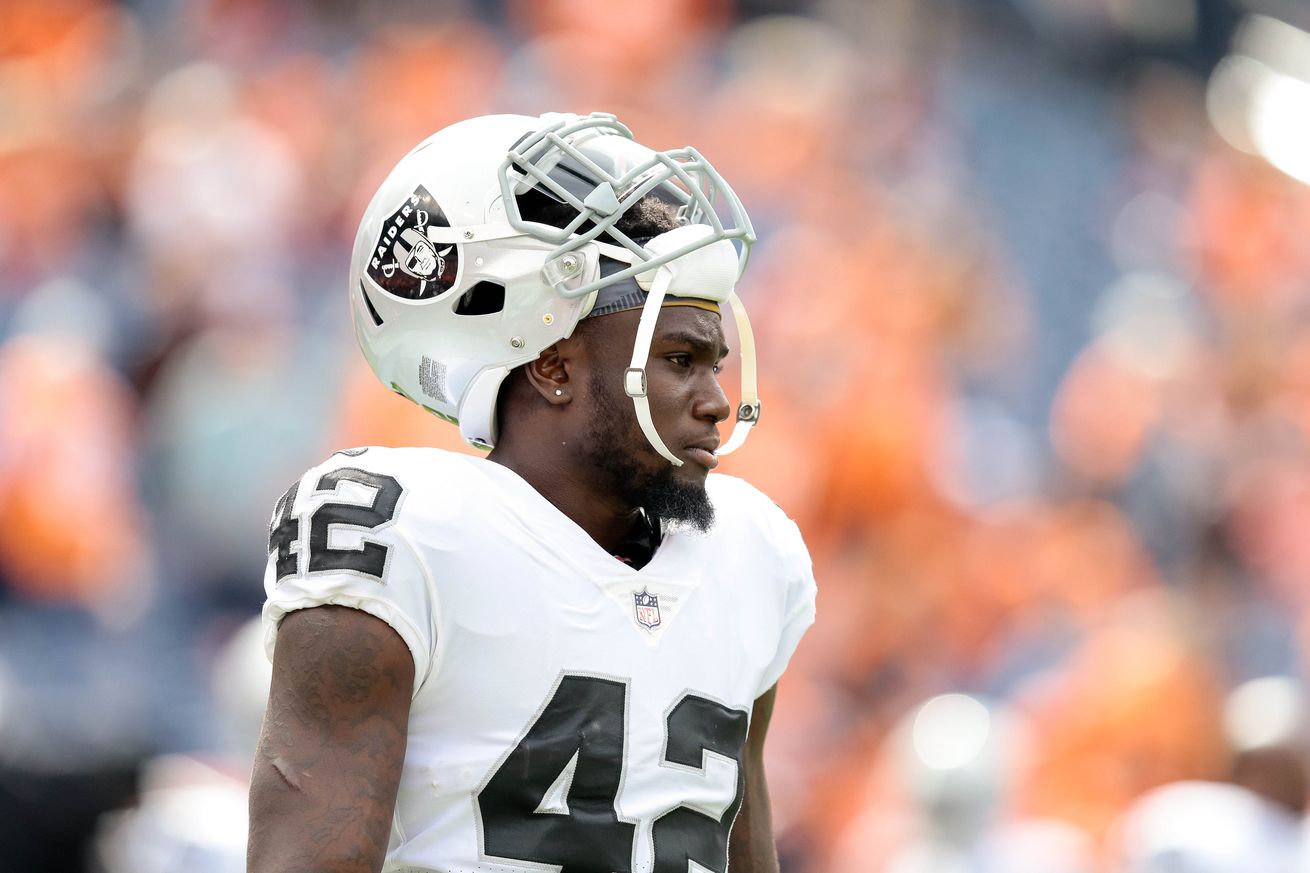 There is only one box left to check off this offseason and here’s how to do it.

In a draft that seemed to line up perfectly for the Dallas Cowboys in terms of landing one of the top safeties available, the team opted to let them pass by in favor of high-upside defensive tackle Trysten Hill. You can’t fault the team for choosing talent over need, but the safeties available were pretty darn good. In fact, it came down to Hill or Virginia safety Juan Thornhill, but Rod Marinelli favored the under tackle from Central Florida.

Hill is a nice add to the defense, but the team still lacks talent at the safety position. You can go up and down the roster and see some pretty nice depth at just about every position with the lone exception of safety. And with another draft in the books, what are the Cowboys to do?

Enter the Oakland Raiders, the Cowboys favorite trading partner. In just a year’s time, the Cowboys have made three deals with the Raiders acquiring Amari Cooper, Jamize Olawale, and Jihad Ward. It just so happens that the Raiders have made some pretty nice upgrades to their safety position this offseason. First, they signed free agent Lamarcus Joyner to a four-year, $42 million deal. Then, they used one of their three first-round draft picks to grab strong safety stud Johnathan Abram. Combine those guys with 2016 first-round pick Karl Joseph and just like that the Raiders are crowded at safety.

The new moves by Oakland could relegate Joseph to a reserve role. It’s been an interesting start to his career with the Raiders. Early struggles have made some believe he was a first-round bust. During the first half of last season, he was hardly being utilized. He logged only 55 snaps over five games in the first half and was even a healthy scratch at times. That’s not promising.

Many thought he would be the next victim of the Jon Gruden fire sale and shipped off before the trade deadline. The second half of the season turned out to be completely different as Joseph came on strong.

Karl Joseph improved all over the field in Year 3 pic.twitter.com/ScYjq8U0na

Joseph has been on the Cowboys radar for a while as he was one of their 2016 official pre-draft visitors. He’s far more valuable to the Cowboys in a starting role than on the bench in Oakland. Joseph still has one more year left on his rookie deal as well as a fifth-year option that could be exercised. This could buy the team a couple years to sort things out at safety while having a good strong safety for relatively cheap. It seems like a great deal for Dallas, but why would the Raiders be interested in doing this?

Oakland entered the draft with several needs. They addressed a couple of their biggest needs at defensive end and running back by drafting Clelin Ferrell (4th overall) and Josh Jacobs (24th), but still have a couple glaring holes. Allow me to introduce exhibit A. Notice anything unsettling about this ESPN depth chart if you’re a Raiders fan?

The Raiders drafted nine players this past weekend, but not a single one of them was an offensive linemen. That’s a problem.

Oakland could mitigate this issue by trading for Cowboys offensive lineman La’el Collins. The Cowboys would love to retain Collins for the long haul, but the financial aspects likely mean this will be the last year he’s playing for Dallas. And with the team using a third-round pick to select Connor McGovern, the Cowboys now have an abundance of depth on the offensive line.

A trade like this makes a lot of sense for both teams who are deep at one position, but are lacking in another. If Joseph or Collins aren’t expected to be a part of their current team’s future, then it would be a great opportunity to ship them off to help strengthen a weak spot on the team. All this was made possible by the team’s new draft acquisitions, including Abram who coincidentally was the pick the Raiders received from the Cowboys for Amari Cooper. Wouldn’t that be a nice little act of fate if the Cooper deal had this type of trickle down effect?