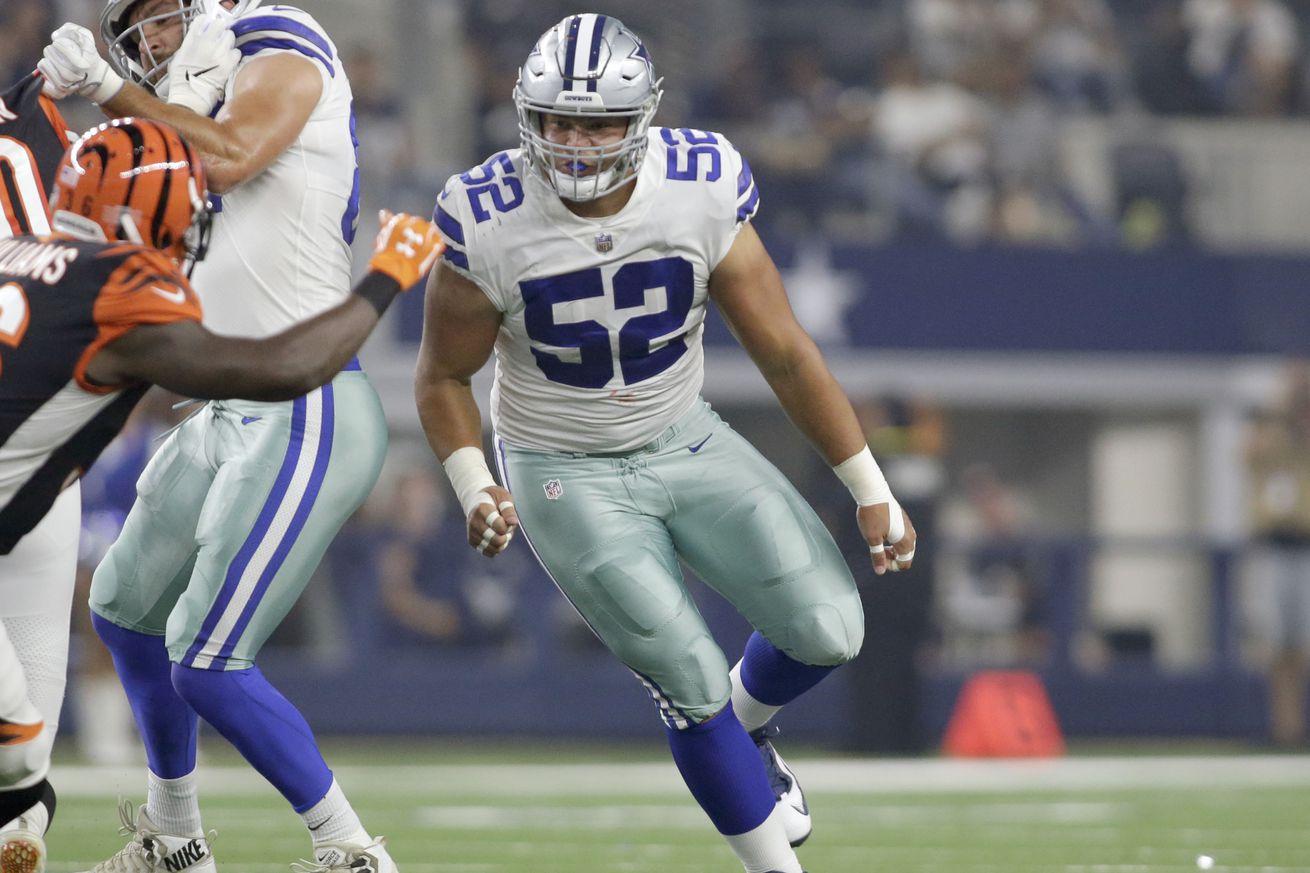 Plus, how the Cowboys could upgrade the safety position, and why they likely won’t.

Shortly after the surprising selection of Connor McGovern in the third round of the draft, it came out that the Cowboys are considering long-term plans of moving Connor Williams to right tackle and McGovern could fill Williams’ void at left guard. However, it doesn’t appear that anything will change in the next year.

The only way it would happen this year is if La’el Collins suffered some type of season-ending injury before the season started. And even then, I could see them going with Cameron Fleming for the year at RT. I think Connor Williams’ second season is going to be all about gaining good weight and building confidence while playing between Travis Frederick and Tyron Smith. If everything goes well there, then I see Williams potentially moving outside if they are unable to re-sign Collins. But it’s important to remember that Fleming is signed for two years. And he started three games last year and 20 games for the Patriots between 2014 and 2017.

Leading up to the draft, a whole lot of emphasis had been placed on upgrading the safety spot next to Xavier Woods, and the Cowboys brought in more safeties for pre-draft visits than any other position. It was odd, then, when they passed on several top safety prospects. But it’s just how they roll, as history shows.

The last time the Cowboys spent a first- or second-round pick on a safety was Roy Williams in 2002. Their most recent significant spending on the position was re-signing Gerald Sensabaugh for six years, $25 million in 2011.

The Cowboys have agreed to terms with 13 players following the draft, but won’t be able to officially sign them until the start of the rookie mini-camp on that begins May 9. In fact, expect at least two more to sign to that list as well.

Until then, there could be some changes on the list, which is headlined by the son of a Hall of Famer. But there are some players that were All-Americans and finalists for awards that will likely end up joining the Cowboys on this list as well.

While many have debated the value of the selection, not many have argued the talent level of new running back Tony Pollard. Stephen Jones is especially high on the former Memphis Tiger, who seems to imagine Pollard having a much bigger role than a mere backup.

Jones likened Pollard to Saints running back Alvin Kamara, although he acknowledged that Pollard is not quite on the level of Kamara, who has been in the Pro Bowl each of his two NFL seasons.

“It’s a little unfair — he’s certainly not at that level, don’t get me wrong – but a little Kamara to him, as to how he complements Ingram down in New Orleans,” Jones said.

It seems that the Cowboys have long been criticized for their unwillingness to invest in their defensive line, especially when it came to finding impact defensive tackles that are so vital to the success of Rod Marinelli’s scheme. But the Cowboys’ recent draft history, topped off with the most recent one, shows that Dallas has tried to remedy that.

When Marinelli took over defensive coordinator duties in 2014, the Cowboys were putting Band-Aids on significant D-Line departures. After parting ways with Pro Bowler Jason Hatcher and all-time franchise sack leader DeMarcus Ware, they signed journeyman veteran Jeremy Mincey to team with fellow starters Nick Hayden and George Selvie. All were solid but not long-term solutions.

The talent level has improved significantly since. It all starts with Lawrence, who has filled Ware’s role of ‘war daddy’ pass rusher. The March trade for Robert Quinn adds a proven edge rusher opposite Lawrence and insurance for suspended end Randy Gregory. The team also has belief in 2018 fourth-round pick Dorance Armstrong.

The Connor McGovern pick certainly surprised some of us, and led to several questions being asked about why it was made. One worrying theory that was thrown out was McGovern’s selection could mean bad things for recovering center Travis Frederick. However, it does not appear to be the case, thankfully.

Over the weekend the Cowboys raised a few eyebrows when they drafted Connor McGovern in the third round. McGovern is an interior lineman from Penn State who can also play center.

At the time some speculated that the drafting of McGovern could mean that Frederick wasn’t recovering at a pace the Cowboys were hoping for, but that apparently isn’t the case.

Speaking to media after the draft, Cowboys executive Stephen Jones insisted the drafting of McGovern had nothing to do with Frederick’s recovery, per Jon Machota of the Dallas Morning News.

“We feel totally great about where Travis is,” Jones declared.